We may not be getting any more functional updates to Symbian, but the fixes to counter service changes continue, as evidenced by today's update to Symbian Belle FP2's Gallery, matching API changes at YouTube's end and ensuring that Nokia 808 owners can continue to upload videos directly to YouTube.

We've debated for a while on AAS, as to how much longer updates will continue to appear for Symbian. It does seem as though there will be no more updates that add functionality, but then Symbian is very 'feature complete' and has been for some time. But, with Internet services evolving all the time and with APIs subtly changing, it's good to see that Nokia and Accenture aren't asleep at the wheel, with today's update restoring YouTube authentication after a recent change at YouTube's end. 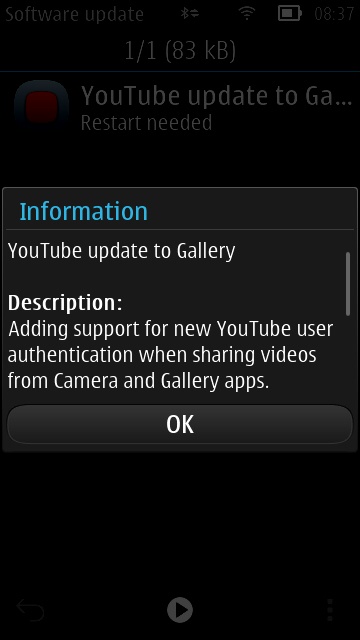 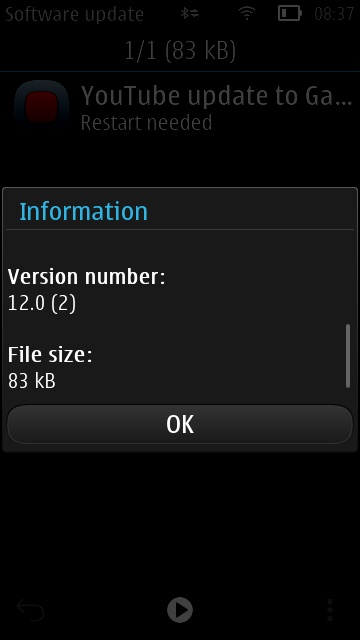 The update showing in SW_Update - note that the previous version of the module was 12.0(1) 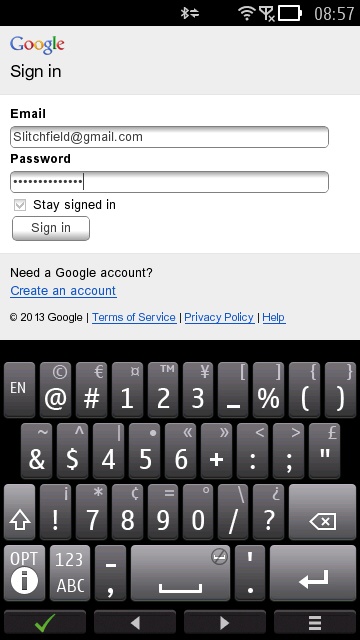 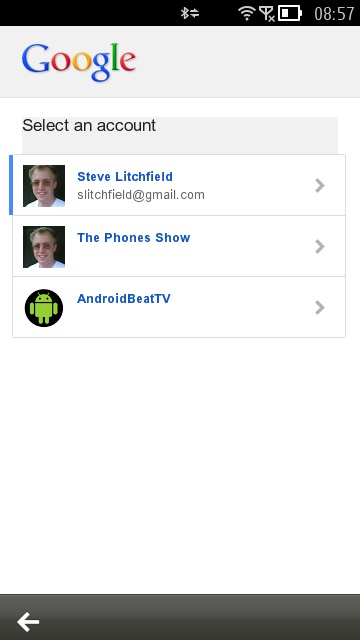 After the reboot, tapping on the YouTube sharing icon in Gallery brings up a fresh instance of Google's OAuth 2.0 system. Log in again, and note that if you have more than one Google/YouTube account, you'll be asked to choose. 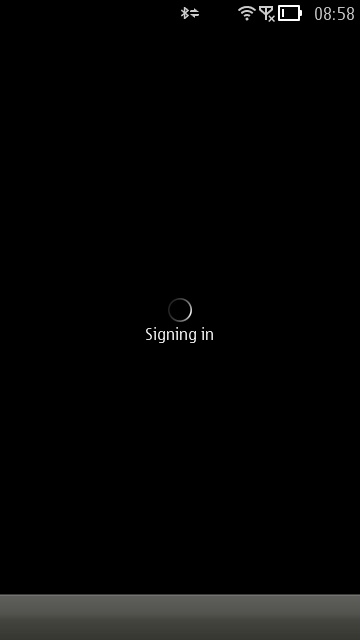 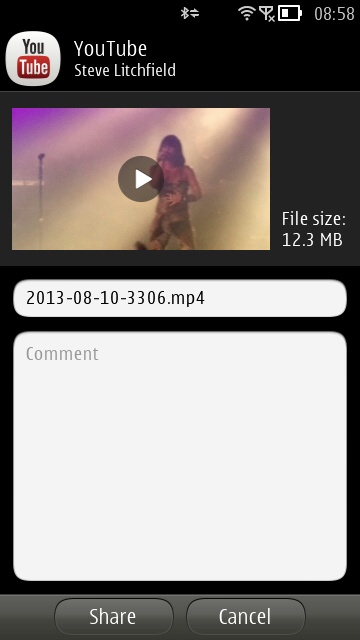 You can get the update for your Belle FP2 smartphone by simply going to 'Sw Update' in the main application list. The update takes only a few seconds to apply, but does require the phone to reboot.

Nokia originally promised 'support for Symbian' until 2016, so presumably we could still be receiving small compatibility patches for the next couple of years at least. Of course, there's no built-in support for newer services like Vine and Instagram, but at least the 'big three' are there and still fully working.