Don't you hate it when functionality that previously existed gets removed without notification or warning? It seems that, possibly due to new European law, current in France, Switzerland and Liechtenstein, and likely to spread, Nokia has axed the speed camera database in Nokia Maps for Symbian. So if you grabbed the latest Maps update last week then you're currently without alerts through the whole of Europe. More on this below, along with a workaround.

It seems that, probably due to Nokia getting worried about users with Nokia Maps on their phones getting their devices confiscated by European police (ok, that's a stretch to happen in real life, but it's the law, etc.), the speed camera database, currently on your mass memory as 'E:cities/diskcache/safetyspots/1.0.0.602.europe.cdt' is now just a stub file and is empty.

Regarding the new laws, which started to appear in 2012, e.g. this on the AA web site:

According to TomTom, use of its sat-nav speed camera service is prohibited in Switzerland and Liechtenstein too, so this law seems to be spreading. Germany is possibly next. The idea is that if drivers don't know where the speed cameras are then they'll slow down across the board, but this is debatable in its efficacy.

Happily, there's a workaround for those in countries like the UK, where speed camera databases/software are perfectly legal. Essentially, it's possible to sideload a previous version of the speed camera database (1.0.0.594.europe.cdt here, 1MB, can be grabbed and copied onto your phone, as shown below. 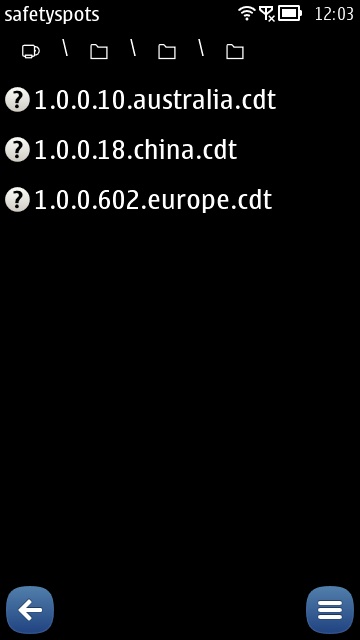 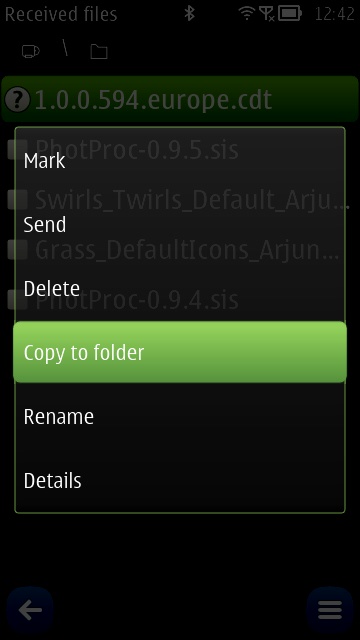 Left, the current Nokia Maps speed camera database. v1.0.0.62 is 1kb, i.e. empty! (right) sideload the January 2013 database onto your phone (here via Bluetooth) and copy it to the E:cities/diskcache/safetyspots/ folder. 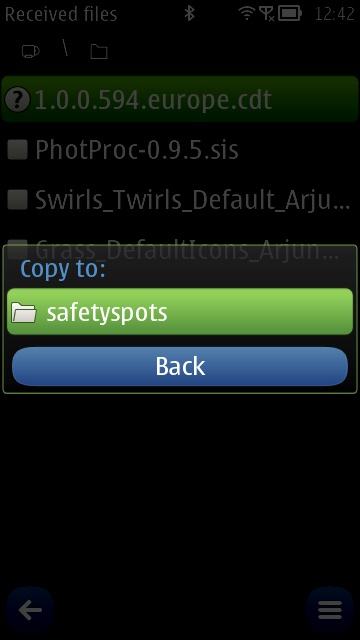 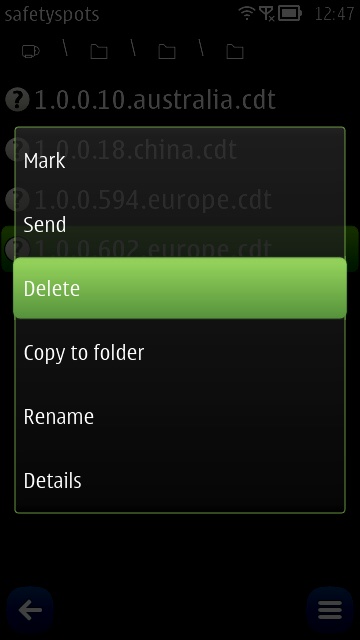 Having copied the file into the right place, the next task is to delete the newer, empty one. If you get an 'in use' error, it means that part of Nokia Maps is still open in the background, so restart the phone and try again. 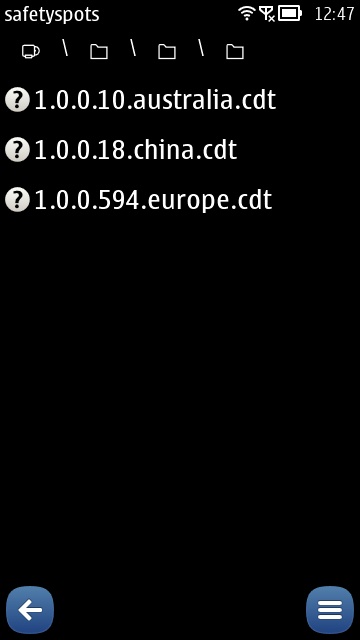 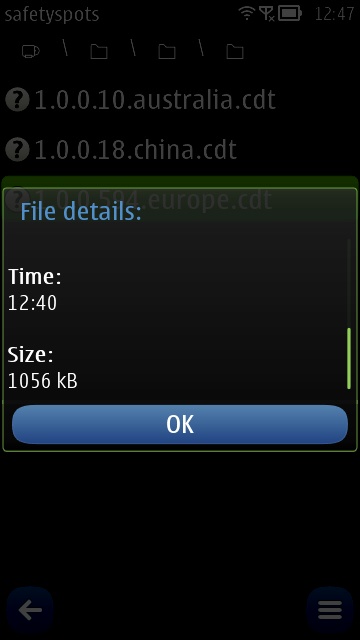 Here's what you should end up with. 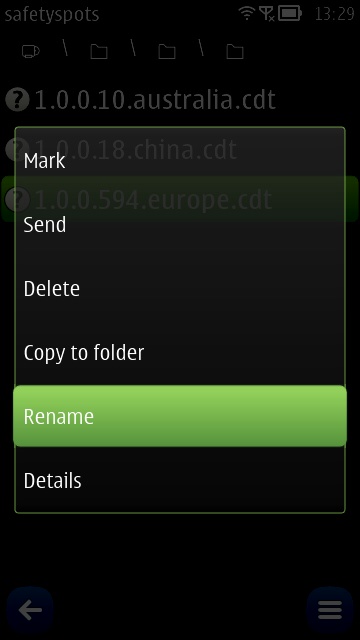 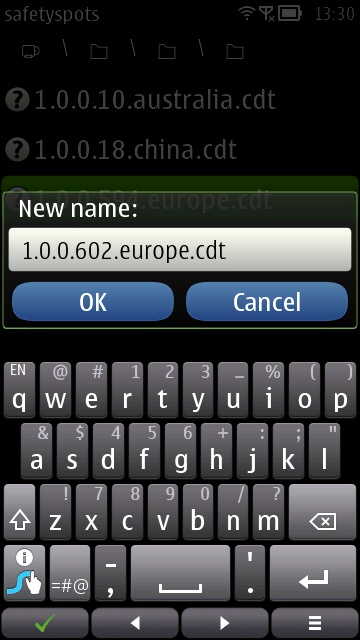 One final step is to rename this file to '1.0.0.602.europe.cdt', to stop Nokia Maps spotting that it's an old file and overwriting/updating it!

QED. A 1MB speed camera file for Europe and - hopefully - you now get alerted when approaching speed cameras again!

It goes without saying that we take no responsibility if you patch your speed camera database back and then you happen to get queried by police in a country where this is forbidden.

Nokia's stance on this is probably a little conservative, but it had no easy mechanism to enable/disable this functionality on a country by country basis - previously, the data for France was explicitly removed, but I guess that couldn't keep happening as laws got passed, so it all had to go across the entire continent.

Comments? Did all this work for you?