Nokia do this type of video better than any other conmpany, I think. Included below is a video demonstrating the internals of its 'PureView phase 2' camera, i.e with Optical Image Stabilisation (OIS), as used on the Lumia 920/925 and 928. The detail in the parts explosion is terrific and you have to wonder if they're not giving the competition a bit too much of an insight into how it all works (I guess Samsung, LG and Apple could just buy a device and tear it apart, but still...) Anyway, of interest to camera phone hardware geeks everywhere.

From the video below, there were a few stills worth commenting on. In the screengrabs below, you can see the intricate system of frames, springs and MEMS actuators that manipulate the entire optical assembly: 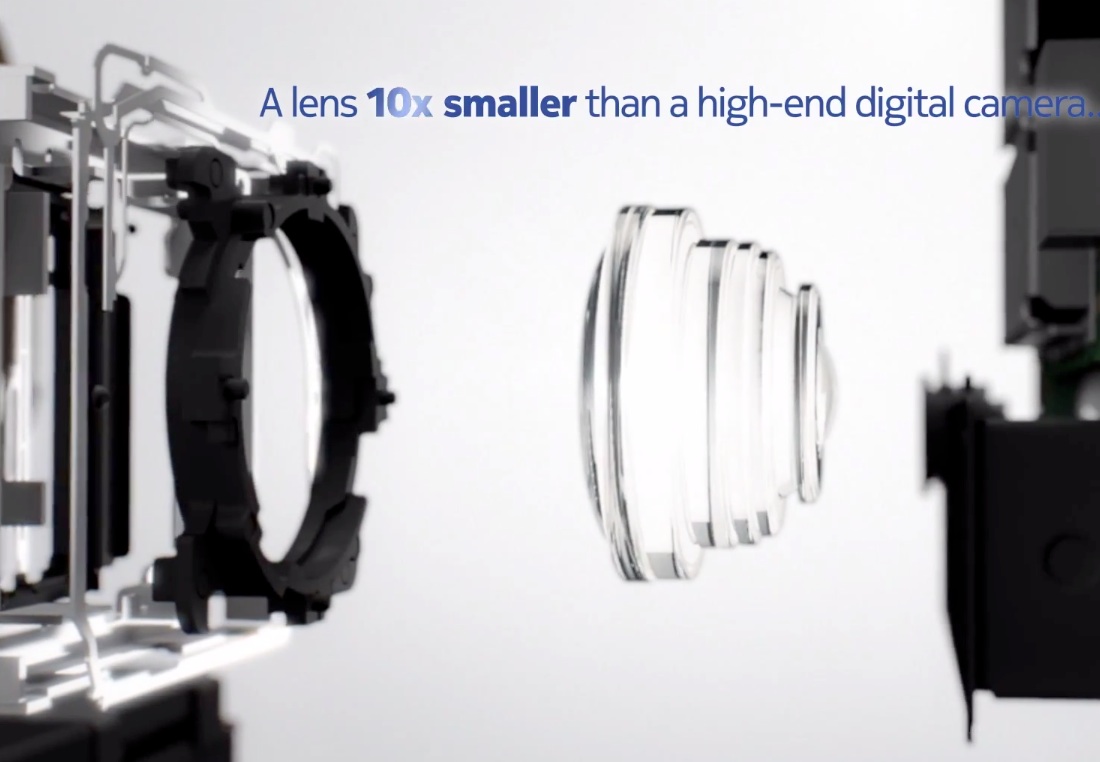 Being able to do this full assembly OIS while still providing moving-lens autofocus is very cool indeed, especially at this scale. Fascinating stuff, and we've seen the benefit of the OIS for video capture in particular (for example, here).

See also some VERY high resolution 3D renderings of the mechanisms above here, at My Nokia Blog.