A communications wall of your nearest and dearest

File this under 'bright ideas I had while fiddling around', but with the arrival of a properly formatted Contact Communication widget for the Nokia E6 the other day, I had something of a revelation in terms of homescreen setup - why not have an entire screen of such widgets, essentially making up the people nearest and dearest to me? I'd see their faces every day and be able to contact them each in two ways with just one tap...

In fact, the idea seemed relatively obvious and I suspected that someone else must have done something similar in big  (nay huge) gallery of real world user homescreens a few weeks ago? I looked back at Marko Tomic got very close to doing exactly this, though I've gone all the way and have also applied the idea to the VGA-screened Nokia E6.

As I say, this is only an idea, but one that I think many might like to file away or adapt. Nokia's Belle Contact Communication widget, now available to all, can be used as many times as is needed on homescreens. Which in my case can be six times on one E6 screen or eight times on a typical nHD portrait screen, as on the 808 or N8 etc: 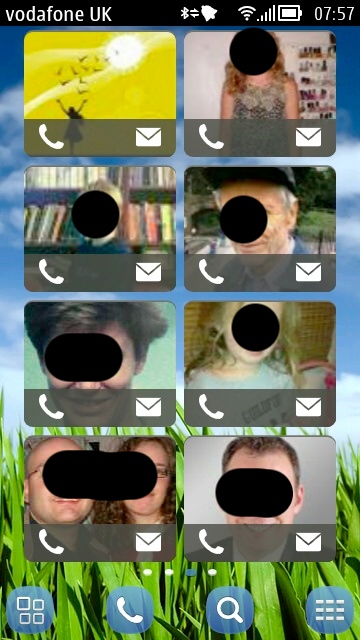 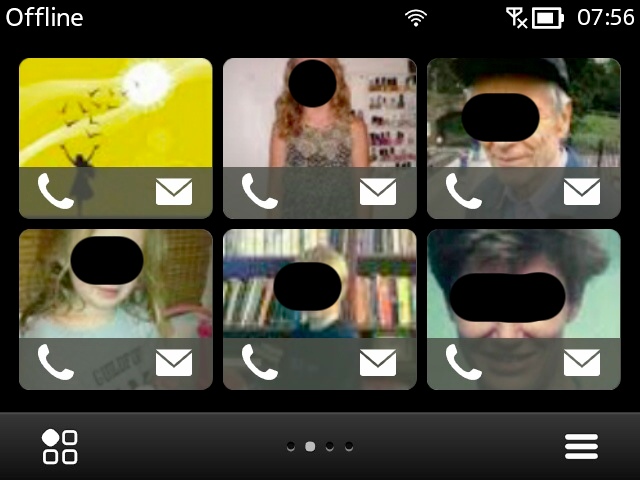 NB. Faces obscured for obvious personal reasons, plus I've filled out the 8 in the first shot with a couple of likely candidates....

What do you think? The idea is similar to the 'people' full-screen widgets beloved of many Android smartphone skins, and I absolutely love the idea that I can fill a homescreen not only with the faces or avatars of people close to me, but with the functionality of calling or messaging them with one tap too.

Ref the comment below, here is the set-up dankoi submitted... 8-) 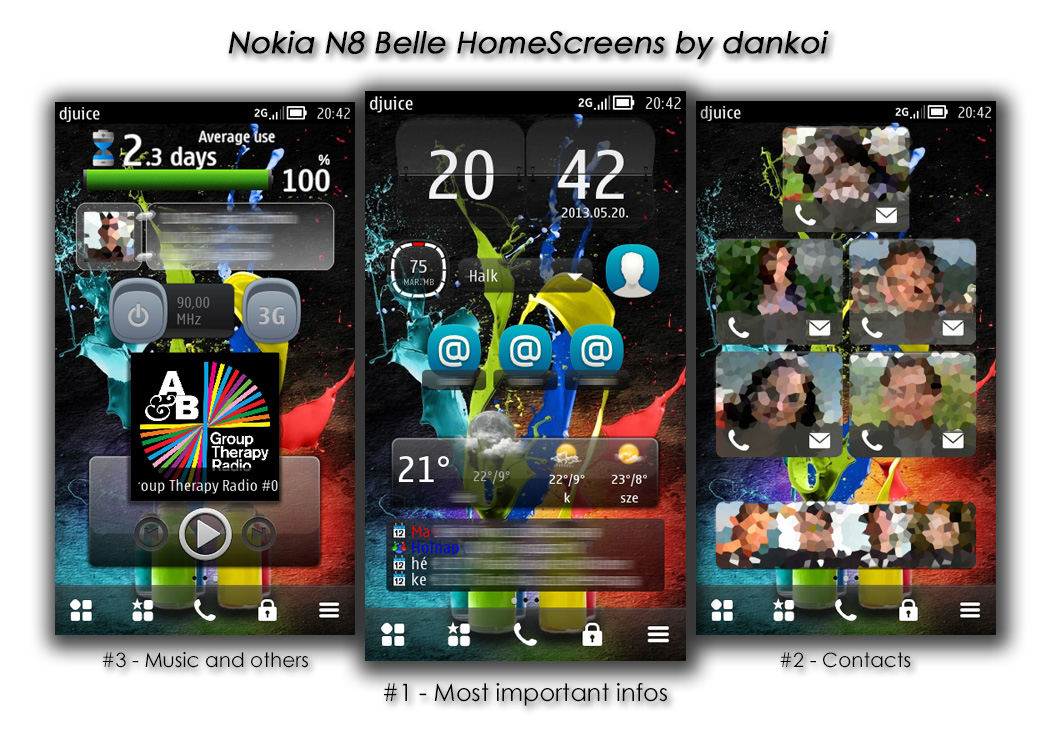 Filed: Home > Flow > A communications wall of your nearest and dearest