Swirls & Twirls, and Grass 2013 - two of the last new Symbian themes EVER?

As we reported two months ago, we're entering the last week or so for availability of new Symbian themes - at least new in the official Nokia Store, since Nokia is changing the rules for new submissions. As a result, we can expect a rush of final themes from the most popular Symbian theme makers, trying to get their titles in and approved by the July 1st deadline. As an example, I showcase below a couple of attractive new themes from Arjun Arora.

As I commented at the time:

It's perhaps not surprising that small parts of the Symbian ecosystem would start to be pulled down, though do note that there are thousands of themes already in the Store and that all of these (including commercial items) will remain fully available after July 1st. Plus there may be some new themes from big companies that Nokia has selected (though I wouldn't hold my breath here...)

It's also worth noting, of course, that just as in the early days of Symbian, there's far more to add-on software than just the on-device store, it's trivial to download and sideload themes from .sis files sourced from the wider Internet. For newly created free themes after July 1st, users will simply have to look at existing theme download sites. Commercial themes are more complicated, of course, since the Nokia Store made it easy for users to 'pay' - maybe we'll start to see 'donation-ware' themes later this year.

So, although the themes demonstrated below may be among the last new themes ever published in the Nokia Store, I'm sure there will be plenty of creativity elsewhere in the Symbian world/community. (Anyone for Steve's Symbian Theme Store...?)

Arjun Arora's themes have been among the best selling in the official Nokia Store for the last few years and he signs off his official premium portfolio with these two gems, each £1.50:

Swirls & Twirls is rich, dark red and AMOLED-friendly, yet with some gorgeous hues and a genuinely stunning backdrop, best appreciated on the homescreens: 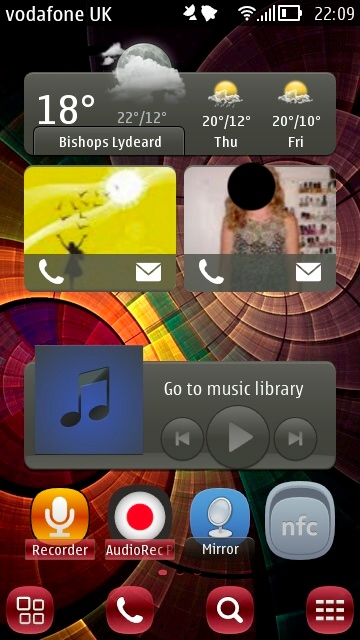 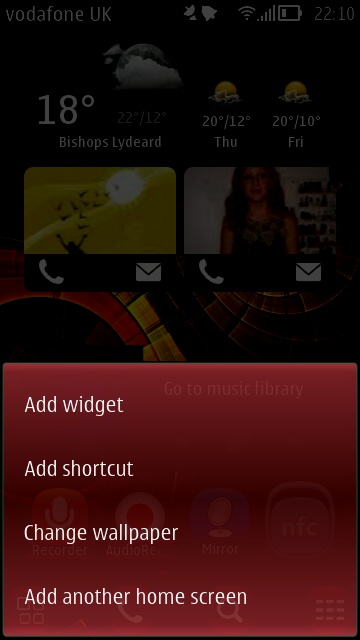 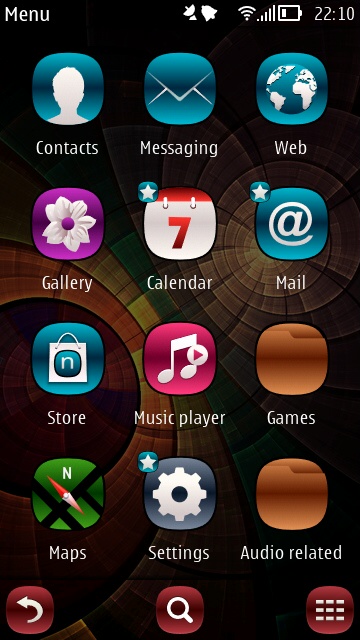 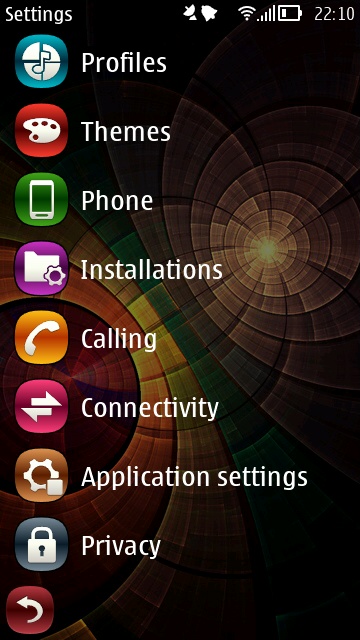 While Grass 2013 is again richly coloured, with an immediately attractive backdrop and an icon set that's familiar yet distinctive: 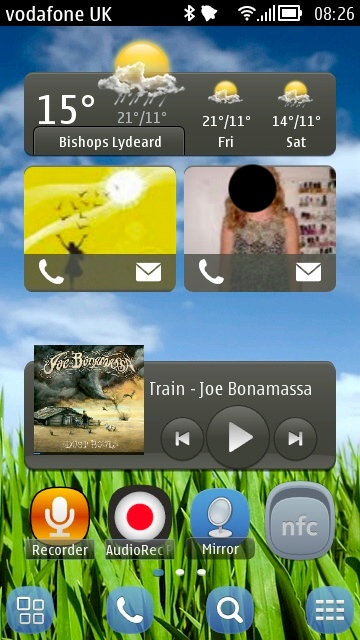 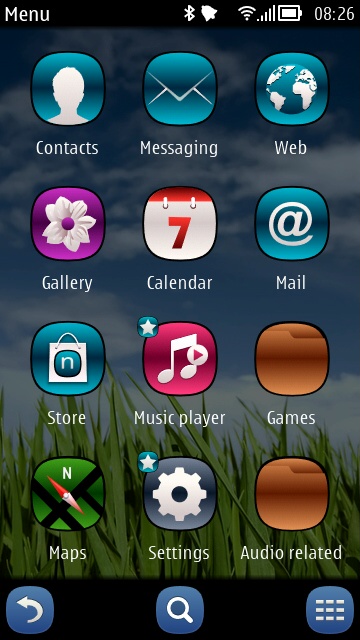 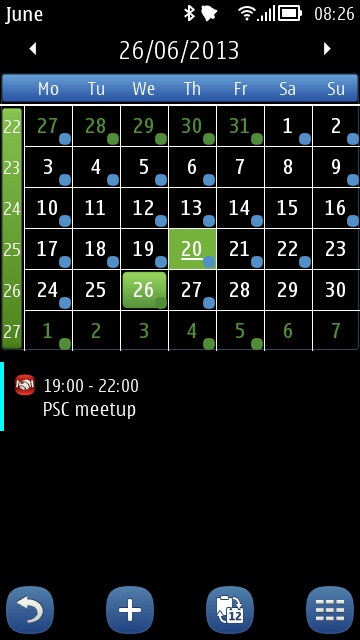 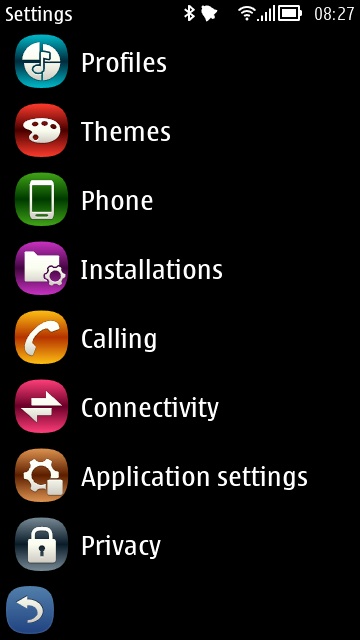