Tenacious Symbian, a.k.a. The Rolling Stones vs Justin Bieber?

You've got to admire the passion within the Symbian community. The OS was officially EOLed over two years ago and yet we still have articles like this, "Symbian Tenacity", plus my own missives, pointing out in lively fashion that Symbian's not dead yet... Quotes and comments below, it's an article that's worth reading, if only for the music and pub analogies - for example, would you rather listen to David Bowie or One Direction?(!) 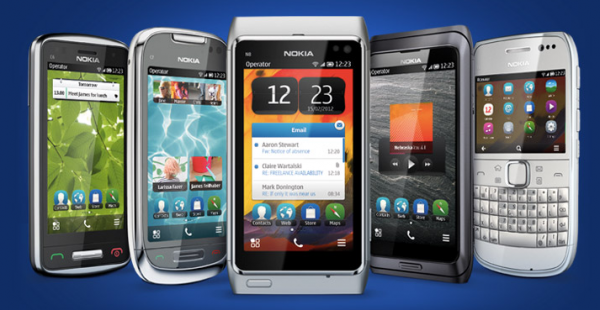 The article is written by Andy Hagon over in New York. Here are some extracts from the full article:

I’ve written stuff on Symbian before. Probably bored everyone to death. But after two weeks using Symbian almost exclusively, I have to say this old, aging, decrepit and useless OS is… anything but.

Symbian Belle, (Nokia Belle as Nokia would force you to call it) is in its final forms with ‘Feature Pack 2’ if you own a Nokia 808 PureView, 603, 700 or 701, and ‘Refresh’ on the E7, N8 gang from 2010 ish. However, with a flurry of little but important updates recently, and with way more stability than its initial launch S^3 version, I really do have to scratch my head as to why it is such a bemoaned and belittled smartphone OS. What, exactly, is wrong with it?

Not very much, is the best answer I can give you. Or to put it another way, Symbian is like the Rolling Stones, a classic but aging rock band. Not exactly trendy and what the cool kids are listening to right now, but still tremendous when you blast ‘Street Fighting Man’ at full volume. Compared with this we have the OSes of today, your iOS, your Android, your Jelly Bean with Key Lime Pie on the side. (What’s after that, Lollipop? Lemon Meringue?)  To me, these oh-so-popular OSes are like Justin Bieber and Lady Gaga. Sure their music is bang up-to-date, but, oh please. It’s feisty, and it’s poppy and it’s fun, but has it stood the test of time? And no one is going switch on BBC Radio 1 or Z100 and hear The Who or the Stones instead of Bieber or Gaga, right? What are the cool kids listening to these days? Yeah, exactly. Nothing wrong with them, just not for me thanks very much...

...So why Symbian in June 2013? Well, why do I prefer the David Bowie over One Direction? I love the mature quality of the system, the fact that it comes with real bells and whistles that I actually use and find useful, such as an FM transmitter, a file browser, an internet radio, an amazing camera, superb battery life and most important of all, beautiful and top-dog build quality. A Nokia phone feels… premium. In ways even that those who look at Symbian with disdain could agree with. Even those guys have to admit (albeit secretly) that Nokia sure know how to make a decent phone in terms of hardware. I’m not an enormous fan of Windows Phone, but despite that, I can still see quality almost literally oozing out of the ports and speaker grilles of the Lumia 920, 925 and 928....

...Symbian may not be the most prevalent or leading-edge operating system, and it has received its fair share of negative press in the past. But I really enjoy using my 808 PureView, and also my E6 and E7 the past two weeks; maybe Symbian is just overtly familiar at this point, like going back to your favourite pub. You know exactly where the toilets are located, you know the barman by name, and you know he only stocks ready salted crisps so don’t even bother asking for Doritos. Going with Android or iOS for me at this point would be like reluctantly going into the hottest nightclub in town, while wearing my brown cords and M&S jacket and trying really hard to enjoy and dance to the indecipherable din, while having absolutely no idea where I’d go to spend a penny, or even realise that it’s way too trendy to even have toilets.....

You can read on in the full piece here.

Wonderful analogies, Andy, I wish I'd come up with them [FX: voice over the Interwebs "you will, Steve, you will...."] The pub scenario is especially apt - sometimes what we all want is comfort, familiarity and a lack of surprises. Admittedly that sort of attitude would never have got the human race very far, but at this point in Symbian's evolution I think we can excuse a little bit of relaxation and chill out time?