Andrew Orlowski, over at The Register, is one of the few journalists with similar history to mine, in that it's rooted in Psion and then Symbian. Giving Andrew, after a while away from Symbian, a very interesting perspective on the Nokia 808 PureView, which he's been (admittedly somewhat belatedly) trying to set up as his main 2013 smartphone. The resulting pros, cons and general observations make interesting reading, as you'll see from the quotes below.

From Andrew's article (which is lengthy, you may wish to grab a coffee or similar!):

Last year Nokia released to the world a mobile phone that is still unique. It's a smartphone with a 41-megapixel camera sensor, scooping up more detail than some professional DSLRs: it's the PureView 808.

When I say "released", that’s a little misleading. This showpiece won the Best New Phone gong at last year’s Mobile World Congress, but it was hard to buy. Since the phone ran Symbian OS, it was considered toxic by carriers, and it was not distributed in the UK.

So for the past year the 808 has had a crepuscular presence. It’s lived on, in a spooky afterlife: Nokia wanted you to know about it, and prominently placed the thing on the front page of its main website – but it did not want you to actually buy it. Nokia had already transferred some 3,000 Symbian engineers to Accenture, and last February cancelled all Symbian devices on its phone road map bar the 808.

Yet, something unexpected has happened. The 808 as been quietly receiving lots of loving care and attention. Regular updates and tweaks have continued from the Other Side, including a major overhaul of the OS late last year. Every update is expected to be the last. But still they keep coming, and if anything, the pace is accelerating.

Over the past few weeks I’ve attempted to live with a PureView 808. And it’s been an interesting and surprising experience. This is the first Symbian phone I’ve used regularly in four years and it isn’t quite how I remembered Symbian.

Which strikes a chord with me, I suspect that a great many journalists had written Symbian off after trying the Nokia 5800 and then N97. The 808 (and 701 and 700, to be fair) with Belle Feature Pack 2, offers a dramatically different experience in terms of speed and slickness.

Many of the old complaints against Symbian, such as its reliance on an archaic menu-driven interface, are no longer valid. The Belle update, when it finally and belatedly emerged last year, removed many of these gripes. The 808 was equipped with a decent processor and memory – rather than the constrained resources and cheap CPUs that were depressing features of many late-period Symbian devices.

The basics of communicating, and general housekeeping, are now handled very slickly. Calling and texting is as good, or better, than any of the more modern phone interfaces - although previewing an SMS requires a third-party app.

One single addition alone - instant Spotlight-style search available from the home screen - goes a huge way to making the device very usable. Finding the settings in Symbian had become a nightmare, but now finding a contact or a setting is fairly instant. 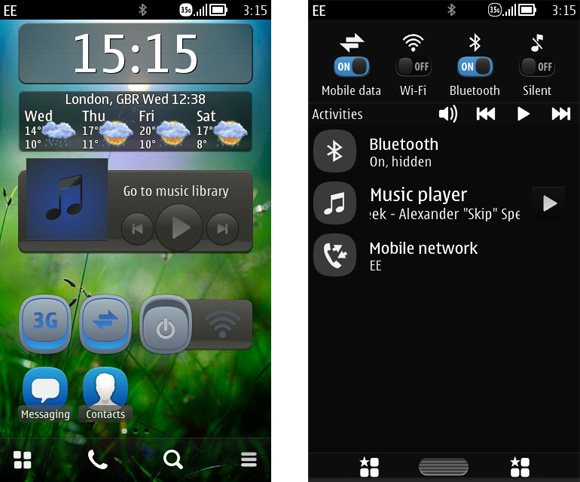 Andrew then goes into detail on the 808's imaging, plus the back history of the OS, before starting to conclude with his thoughts on the 808 in every day use:

The main draw has to be the call quality and battery life, which comfortably lasts into a second day. Just as designed, this is a deterministic system with no surprises. Overnight it will drain one or two per cent of the battery. Even with push email switched on I get well into a second day of use; if I throttle back email I often get a third day – all on a now modest 1350mAh battery. The phone will keep dozens of applications open at any one time, and if they need to run in the background – for example, syncing with Evernote - they’ll do so without draining the battery.

The phone stack is a very well debugged – as it should be after a decade of running 3G. And it’s now bang up to date with HD voice. As a bonus, the version of Skype is probably the most parsimonious out there, in terms of power consumption.

He summarises the device like this, putting it into context and very much valuing the 'converged' aspect of the 808:

I found myself using the 808 at weekends and in ‘downtime’ when I don’t need to check email or social media feeds, and was positively surprised by the ease of use.

So what’s the value proposition for the 808? Good, dedicated cameras can be found for under £200, and good, modern phones for under £99. You’ll pay a little more for a new 808 or less if you take a risk on eBay. You have to really value not carrying two devices around, and charging two at night, and having the integrated communications available (Facebook, Flickr, MMS, email). But as the cliché goes, the best camera in the world is the one at your fingertips – and I did take terrific pictures I wouldn’t have otherwise taken – because I simply wouldn’t have had a dedicated camera with me, merely an ordinary smartphone. The PureView is no ordinary smartphone.

If this whets the appetite for the original PureView tech coming to a modern phone, then hopefully we don’t have too long to wait. This discussion of camera shortcomings in Windows Phone 8 show how far ahead the 808 is today.

Alas, I found the 808 couldn’t hack it for me as the sole "work phone", largely because of the slow browsing and lack of calendar sync. But then I have a work BlackBerry and can call on a tablet for the fancy stuff. The market looks very different now to 2007 when the iPhone was launched, and affordable small tablets do this "fancy stuff" (email, browsing, social media) better than a phone – that could be a justification alone for choosing a device that specialises in one or two things, and is a very dependable everyday companion.

Apart from a few small items of errata, a very decent summary of the Nokia 808 PureView in today's world. It's clear that web browsing performance, email restrictions (only one Mail for Exchange mailbox) and cloud syncing generally are something of a weak point and, one day, may force even die hard Symbian users off the platform. But, as Andrew proves to himself, that day is not - quite - upon us yet. And in the meantime, there's a lot of media to capture on the 808, 'the smartphone that refuses to die'....

You can read the whole Nokia 808 piece here. 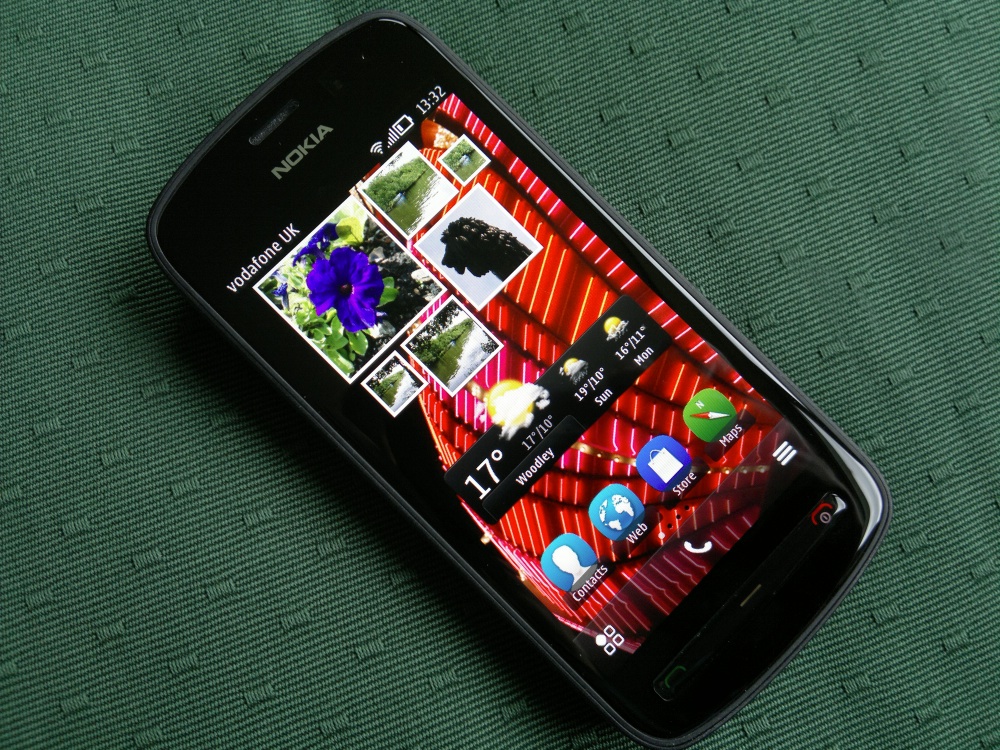