Google+ for Symbian gets prettier - and slower!

Following Google's IO conference, almost every Google application for Android (and most for iOS) got a revamp, but don't think that other platforms are totally left out in the cold - there's been serious work going on for the mobile web front of Mountain View's big social service too. Google+ for Symbian just got a lot prettier, though there's a slight sting in the tail, see below for comment,  screenshots and a solution.

The URL to visit (and bookmark/favourite) on your smartphone is plus.google.com - easy to remember, too.

Here's a walkthrough of the new layout in Symbian's default web browser: 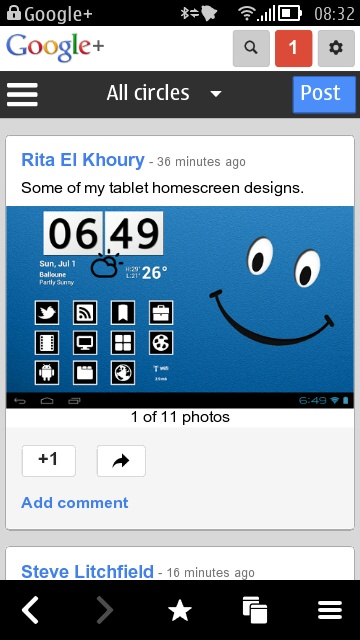 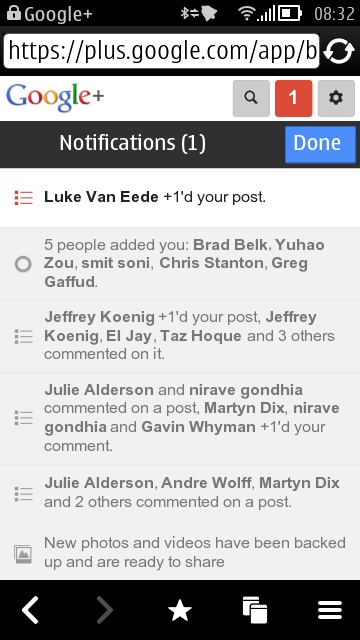 Google+ on Symbian? Piece of cake! The basics of circles, posts and notifications work largely as advertised - it's probable that there will still be some tweaking as time goes on - some functions seem to reload code unnecessarily. 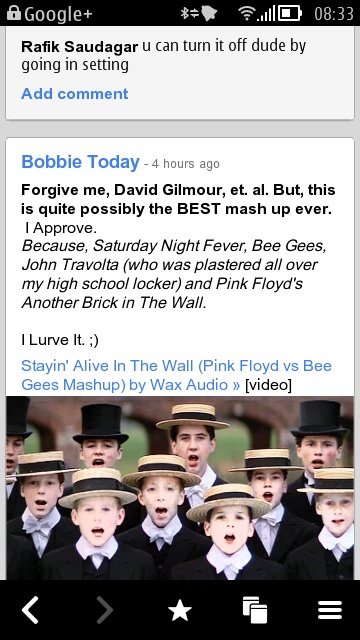 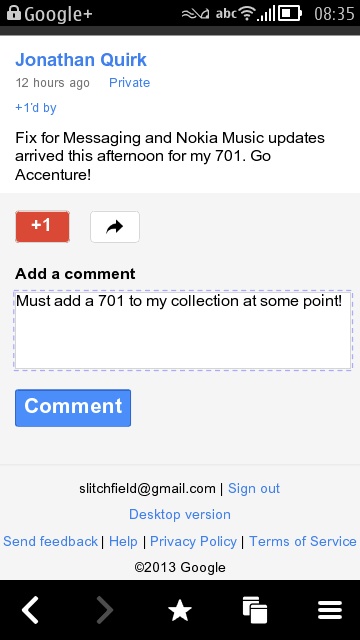 As usual, you can browse away, with full width post images, tapping anywhere in a post to bring it up in its own page; (right) commenting on a post... 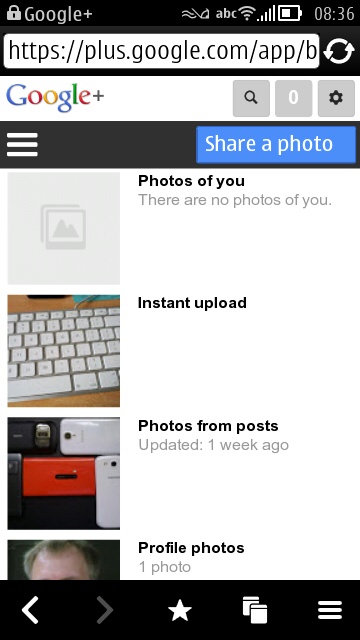 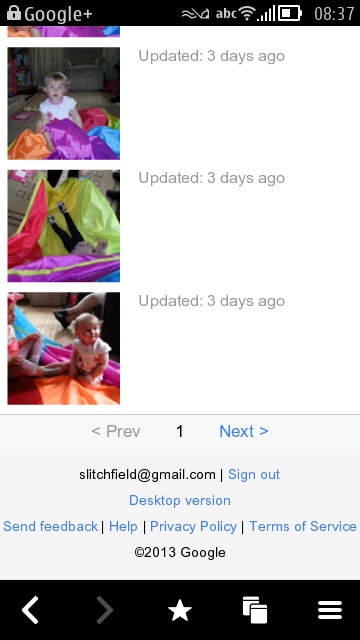 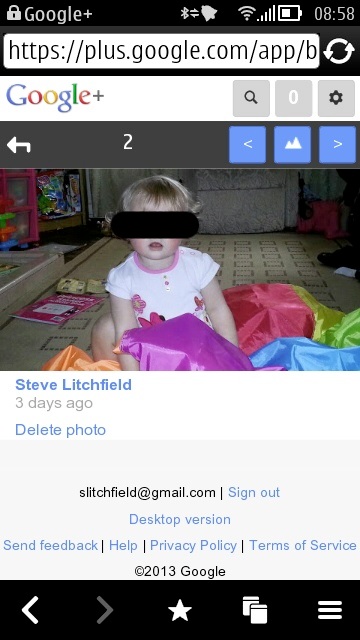 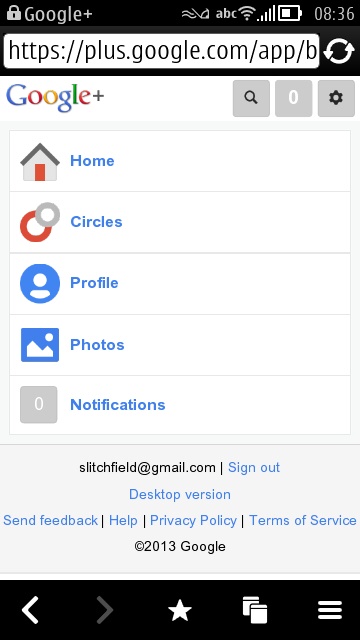 ... and bringing a photo up full-width; (right) switching between Google+ sections - and yes, this too could use more work by Google!

Obviously, some of the slicker aspects of Google+ can't be represented using just a web browser - there's no auto-uploading of all your photos, plus notifications remain as red flags in the page rather than appearing in your smartphone interface.

The only downside of the new design is the rendering speed of Web on most Symbian devices, leading to four or five second delays while everything downloads and gets displayed. As with other browsing conundrums on Symbian, the answer is to use Opera Mobile instead, which renders both javascript and images a lot more quickly. Shown below, plus.google.com in Opera Mobile works just as well but is quite a lot faster and much more usable day to day: 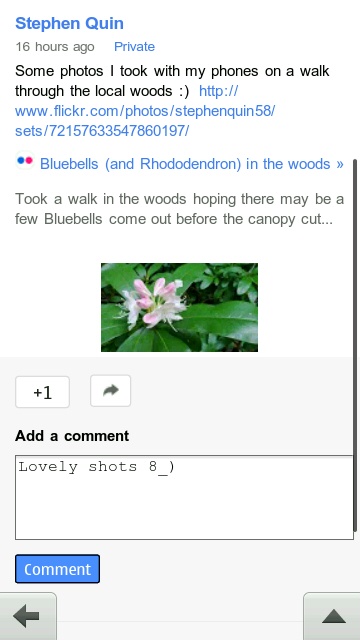 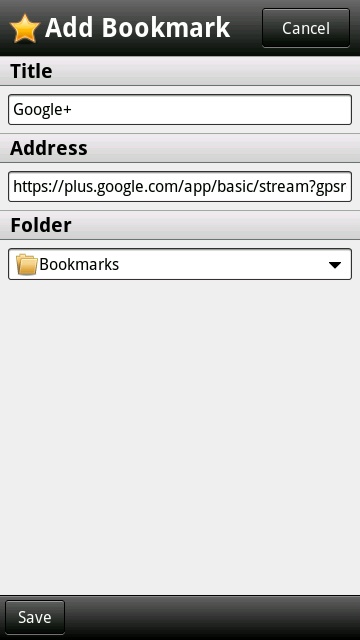 Appearance is largely identical in Opera Mobile, but everything appears a lot faster, I found plus.google.com a lot more usable; (right) adding it to my Opera Mobile bookmarks!

This isn't the first time I've evangelised the efficacy of the mobile web when a dedicated application isn't available. Yes, Google+ on a modern Android handset is faster and slicker (I've tried several), but this is a very good second option.

Filed: Home > Flow > Google+ for Symbian gets prettier - and slower!