More platform updates to Symbian are rolling out right now, in this case a new, official build of the Beta Labs WLAN driver update that has been trialled for a while, and a compatibility fix for YouTube video uploading from Gallery (after Google changed the authentication APIs again). Screenshot proof below.

Symbian keeps up again, with the venerable OS acquiring two updates today for all Belle FP1/FP2 devices across the world, seemingly: 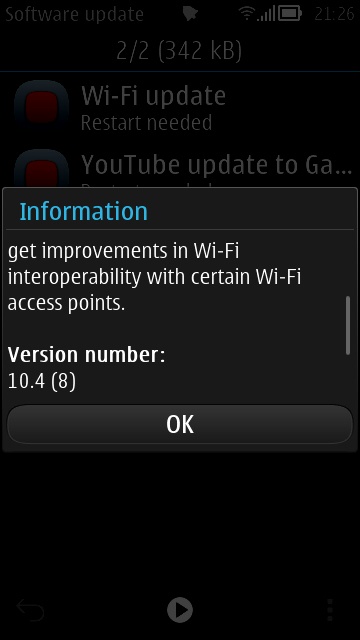 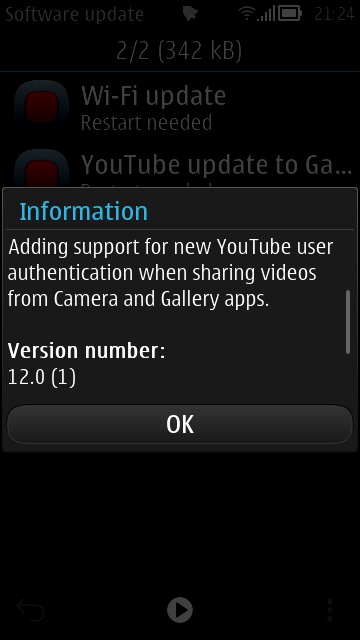 To check your Symbian Belle FP1/FP2 smartphone (Nokia 808, 701, 700, etc) for these updates, look out'Sw update' in the main app menu. You'll be prompted to restart your phone so that the software can be loaded properly.