In a round of rationalisation, the BBC's iPlayer department has withdrawn official support for many 'older' devices, including all Symbian smartphones, as shown in screenshots below. Happily, this is for video streaming only and you may remember that Symbian as an OS is rather splendid at playing all manner of video codecs - it turns out you can still download iPlayer programmes as you have done for years, playing them offline. Details and caveats below. 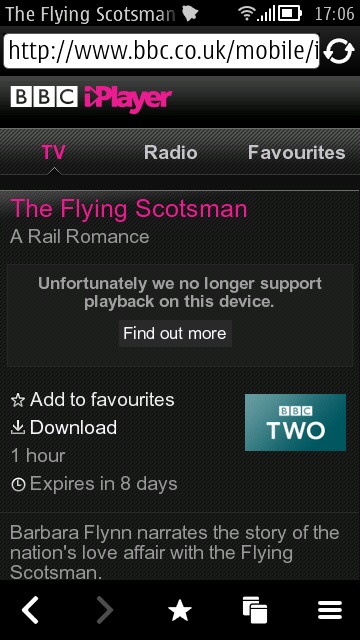 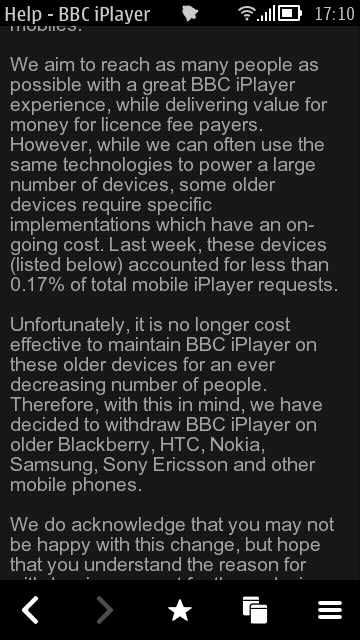 (Left) What you see if you go to the BBC iPlayer web site today (note that you have to be in the UK, by the way - other countries need not apply!) - 'we no longer support playback on this device'. Clicking the 'find out more' link brings up (right) pages of explanation, essentially saying that Symbian and some other older phones and platforms can't be supported due to their marginal nature, in percentage terms. 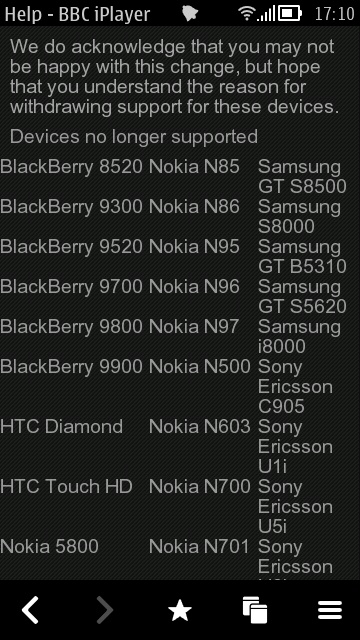 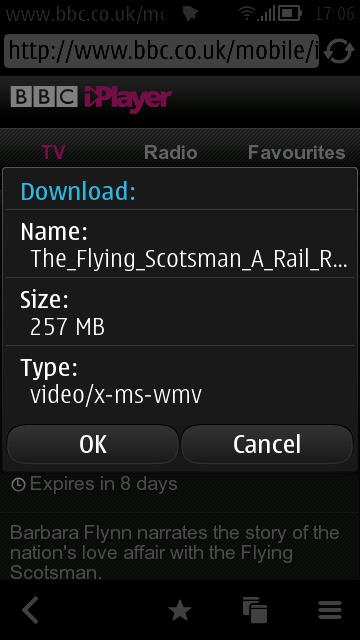 The page goes on to list every Symbian handset that was ever iPlayer compatible, along with a great deal of other non-iOS and non-Android phones - part of the list is shown left; HOWEVER, you'll have spotted the 'Download' link on the original screenshot. This is the way many people have preferred to access iPlayer on Symbian and the download process still works, serving up a DRM-ed .wmv file. 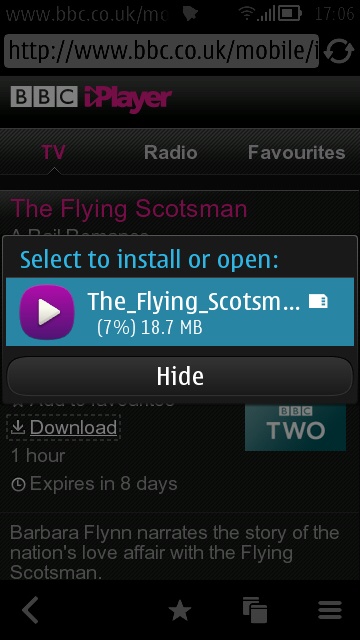 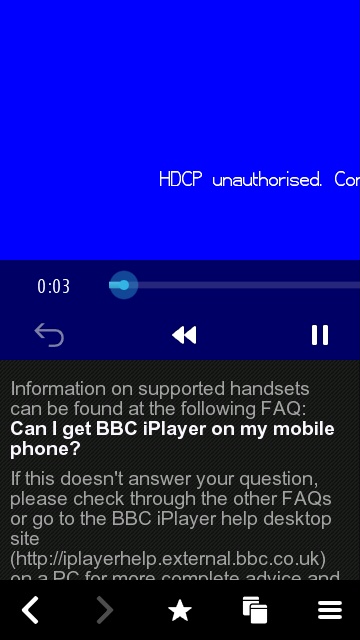 Download this file as usual and then tap on it. You'll get a 'HDCP unauthorised' error (as has been happening for the last year), but ignore this. Tap on the downloaded file again and this time the DRM will kick in properly and your programme will play (in landscape) normally. Hooray!

The 'Download' system is unlikely to carry on working indefinitely, of course. It's possible the BBC could stop serving up the .wmv files in the current form, but most likely is that the particular DRM certificates will expire in some way and even the 'tap twice' workaround will then stop working.

Comments welcome - does the limitation to not be able to watch 'live' affect you very much?