SPB TV, the free Internet TV solution for Symbian and some other mobile platforms, has announced the 'next generation of its end-to-end Multi-screen TV Solution'. SPB TV is showcasing at MWC 2013 new user-friendly TV apps dedicated for Symbian (you may remember we reported recently on the big update, to v3.0?), iOS and Android. There's also an underlying new 'SPB TV Media Platform 5.0', which should bring increased reliability and sustainability to the actual viewing experience for tens of thousands of people worldwide.

SPB TV is introducing new user interfaces (UI) perfectly tailored for each of the major mobile operating systems: iOS, Android, and Symbian, as well as existing clients for all other mobile platforms. Windows 8 fans will be excited to see a brand new app for Windows 8, designed in a genuine Metro style. A new OTT/desktop version makes SPB TV service available on all devices supporting Internet browsers. The new UI is fun to use and easy to navigate and has a clean, well-organized design.

It's not clear whether Symbian will get the 'second-screen' app too, but hopefully you've already been enjoying the higher quality viewing in the v3.0 client? Note that the actual playback quality does also depend on the source's resolution and bitrate. 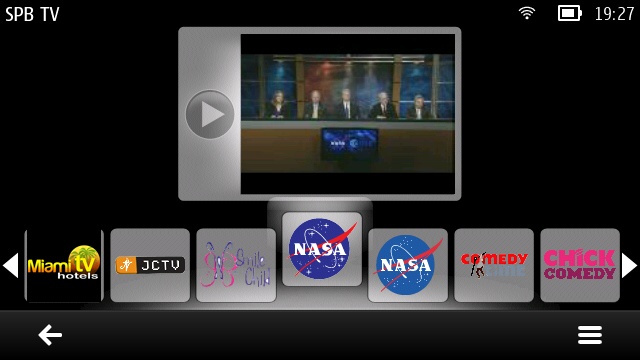 From our earlier story:

(SPB TV's web site seems to be somewhat out of date, but thankfully the app development team and the marketing team at MWC 2013 seem more on the ball - the press release quoted above was emailed in.)