After a series of ports of big name game titles from other platforms, I'm happy to report that this one has hit Symbian first. Undroid sees you controlling a lone weapon-equipped robot aboard an invading droid transporter - cue lots of accelerometer-driven top-down steering, furious firing, dandy dodging and audacious adventuring into sectors which you've never seen before. A terrific game, see the walkthrough below. 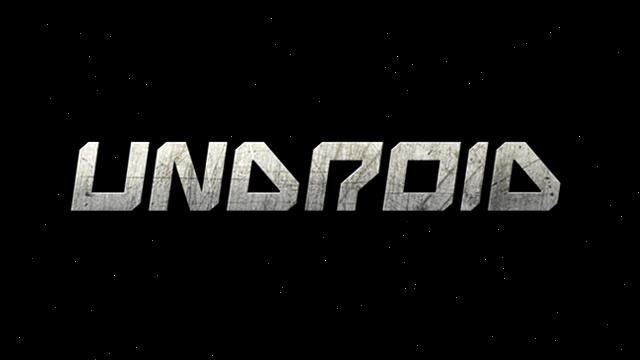 Shades of Star Wars in the animated starfield opening - and you'll recognise some of the bleeps and other droid noises once the game gets going too.... 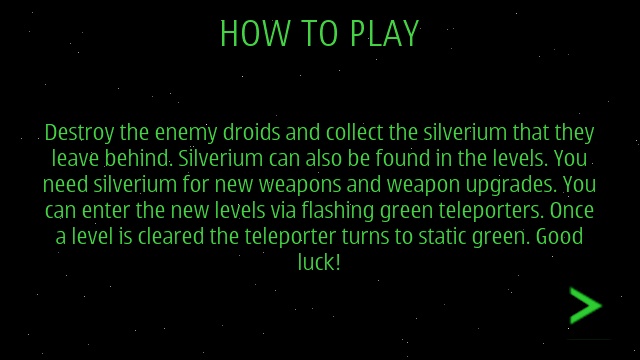 A back story and help screen in one concise paragraph - very nice. 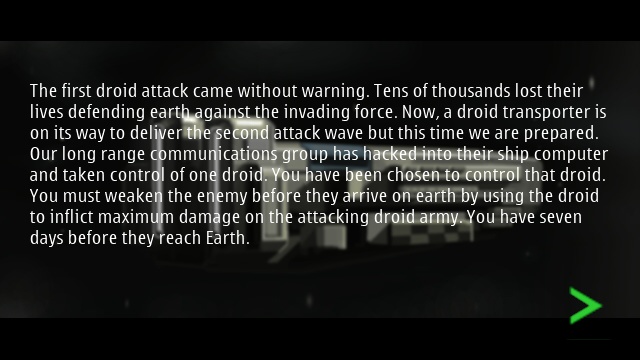 Ah yes, a little more back story, but only this one screen to get through, thankfully, before it's into the robot blasting action.... 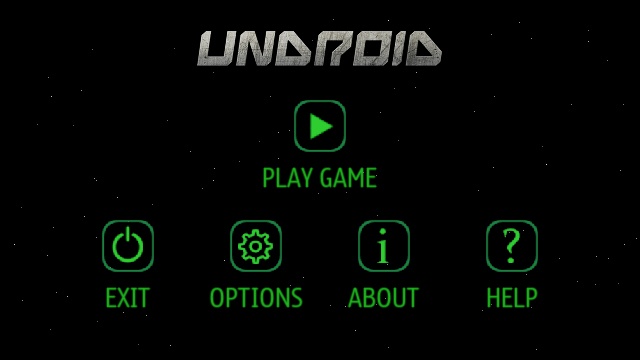 A simple main menu in traditional 'video game green' - there are no fancy level/world screens needed though, since a) the game remembers exactly where you last got up to, and b) level selection is via the mass of teleporters within the game itself: 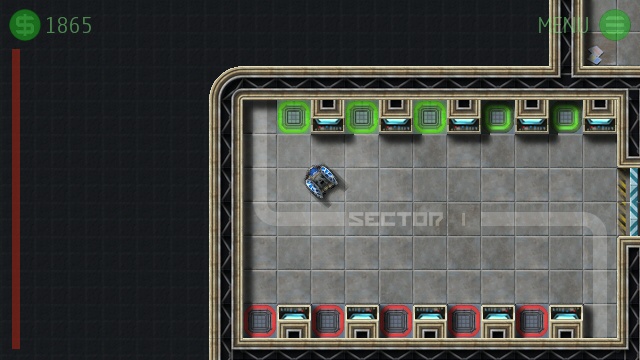 As each level is unlocked, its teleporter switches from red to green - just roll your droid into the bay and you'll be spirited off to a new level within the droid transporter. 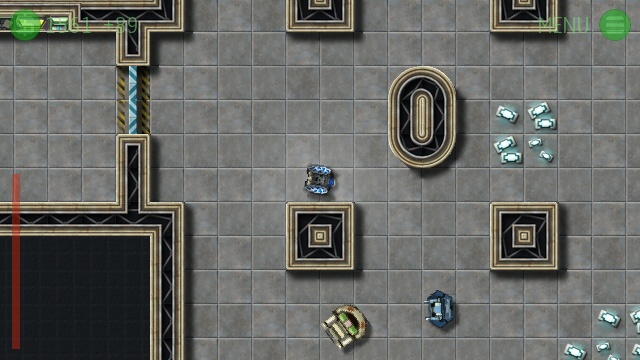 Within each level are computer-controlled droids which are programmed to seek you out and blow you to pieces, plus there are 'silverium' pellets to collect, to replenish your droid's health and give it credit for upgrading its weaponry later. You can control your droid using the accelerometers (easiest, and very responsive) or using optional on-screen controls. 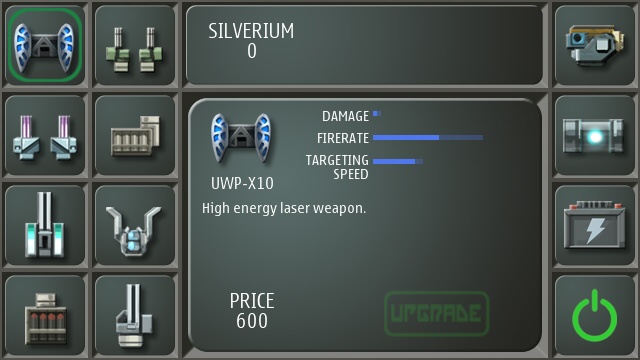 A weapons bay at the edge of the central hub of the transporter gives you various upgrade options, guns, shields, and so on. You'll need them, since the droids you come up against get more and more ferocious. 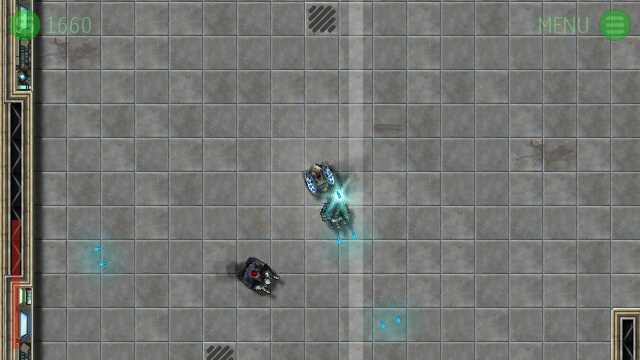 Firing of your own lasers (etc.) is automatic, i.e. all you've got to do is get your droid in roughly the right place and pointed in the right direction. 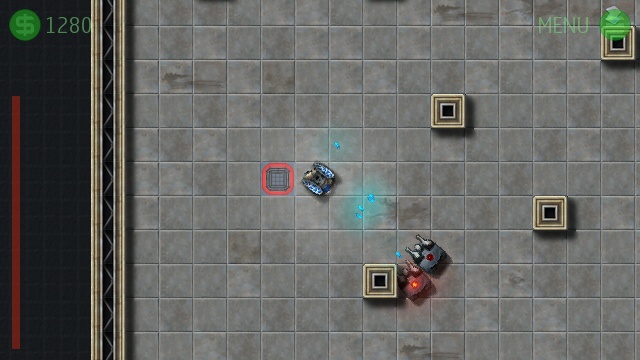 It helps to use the surrounding scenery to hide behind or to block progress of the defending droids. Another good tactic is to use the auto-opening/auto-closing doors (e.g. shown below) to good advantage, by hiding behind one and then speeding through, all lasers blazing. 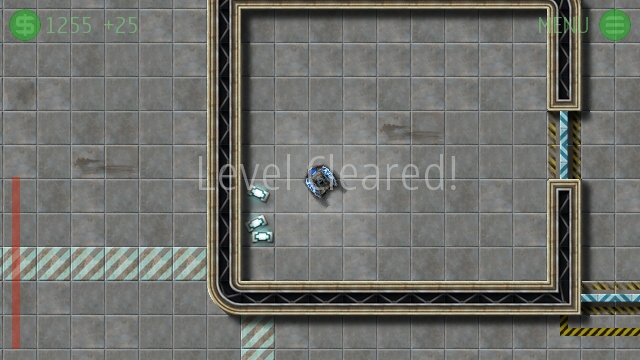 Another level cleared, time to remember where the green 'exit' transporter pad was (it helps to have a good map memory!) and head there...

A terrific addition to the Symbian game world, with depth and polish, and no shortage of old-fashioned sci-fi blasting charm.

You can buy Undroid for £1.50 here in the Nokia Store. What are you waiting for?