Catan - The Seafarers is a turn based strategy game, if that's your kind of thing then read on. The game is set on an island, divided into hexagonal blocks. Each hex generates different types of resources. Your aim is to build settlements, which have to be placed between hexes (i.e. you'll have three hexes connected to each settlement). Next you'll need to build roads to connect your settlements, and prevent your opponents building their own roads into territories you could expand into later on. 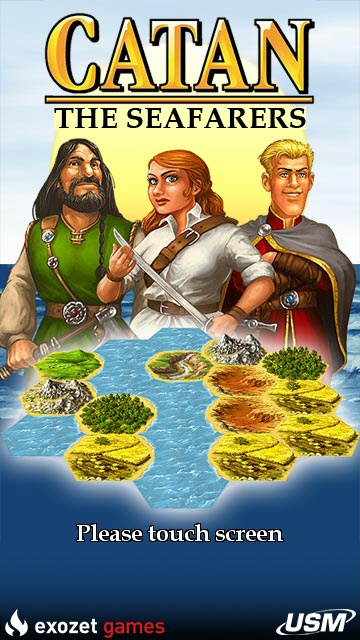 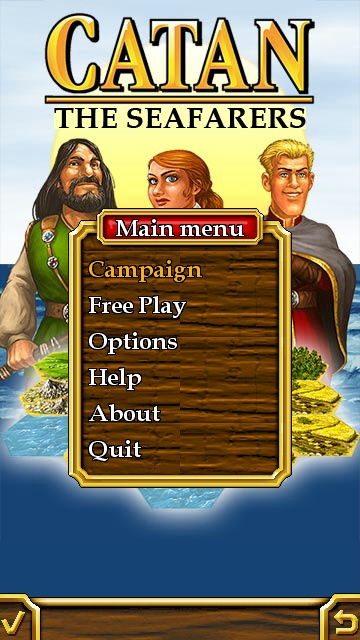 The more settlements you build, and subsequently upgrade to cities, earns you victory points, which is the ultimate object of the game. Each game has three players, two of which can be artificial intelligence. At the beginning of each turn, players roll dice to determine how many resources they'll gather from the hexes they control. 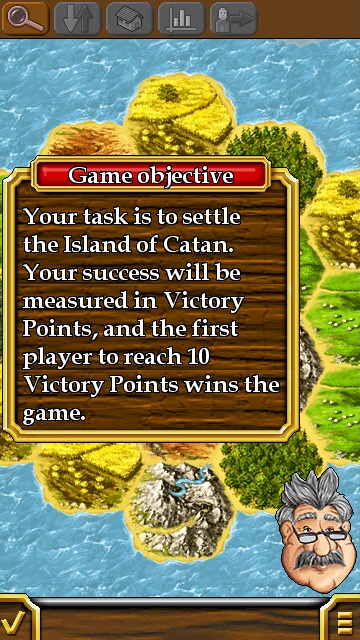 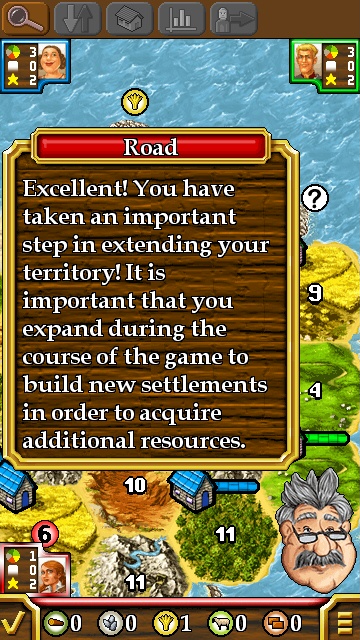 If you're unfortunate enough to not control hexes that generate the type of resources that are needed to build structures (i.e. settlements and roads), then you can trade with others. However, the AI players are under no obligation to trade with you and it is probably in there interest not to give you the things you need to build more. Fortunately, you can trade with the in-game bank, but the exchange rate is quite high, and so you'll need to do a good job of building up the resources you have access to. 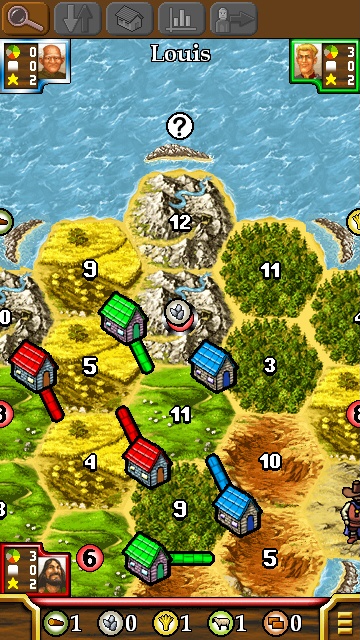 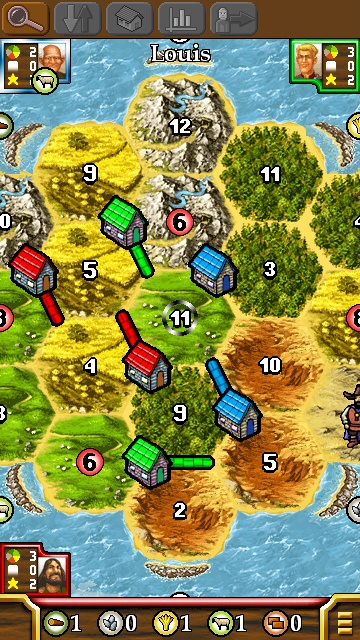 You can suffer setbacks though, as it's possible to buy "development cards" which grant special abilities to their holder, including robbing neighbouring players! Fortunately, there are counter-action cards, like the "knight" which can send robbers off on their way. 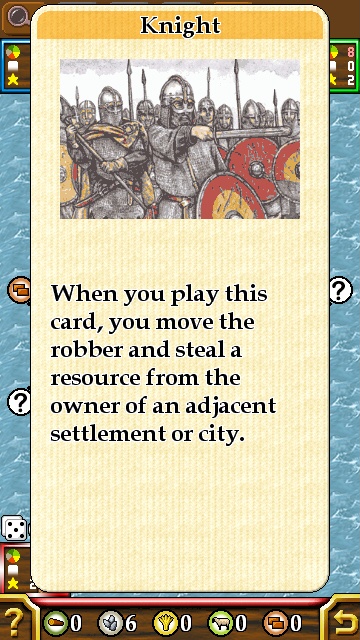 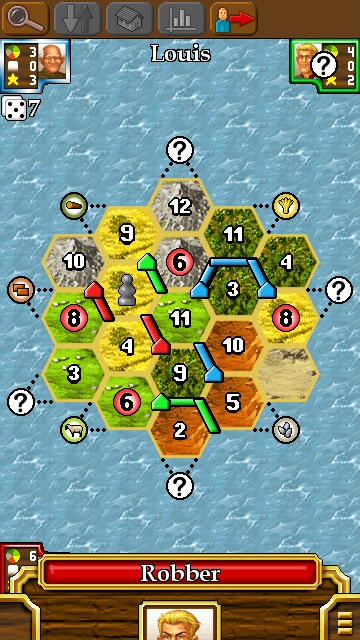 The game features pleasant music, and dated but sufficient graphics. The main criticism is that user interface is a tad confusing and because of the inconsistent usage of back/accept/reject buttons I found myself going around in circles through menus, at times.

You can get Catan – The Seafarers in the Nokia Store for £3.00. You might always want to check out its predecessor, Catan – The First Island which is £1.50.