Trying to report a problem in Nokia Maps/Drive (or not)

I was vexed today with a serious error in a smartphone navigation application. No, it wasn't Apple Maps on an iPhone, funnily enough, but the usually fairly reliable Nokia Maps/Drive, with exactly the same data glitch on both my Symbian-powered Nokia 808 and the Windows Phone-powered Lumia 920. And confirmed later in the day on here.com, Nokia's web-based Maps rebrand. In other words, the issue was on Nokia's servers, on their downloadable maps, for all platforms. The odd thing is that, when you spot a problem, the only way to even try to report it currently is via an older Symbian-based handset - hopefully this will change as Nokia ports functions over to its other mapping products. And even on Symbian the system falls down rather flat, with no way to correct an incorrect location.

The scenario was this: my family were headed to a Christmas rendez-vous at a Garden Centre restaurant, a certain 'Bernaville Nurseries' - we knew it was in South Devon and I confidently searched for it in Nokia Maps on my Lumia 920. Up it came, showing (as per the screenshots below) itself to be just north of the village of Silverton and (upon zooming in a lot) halfway along 'Roach Lane'. "Fair enough", I thought, it's a garden centre, after all, so why shouldn't it be out in the country? 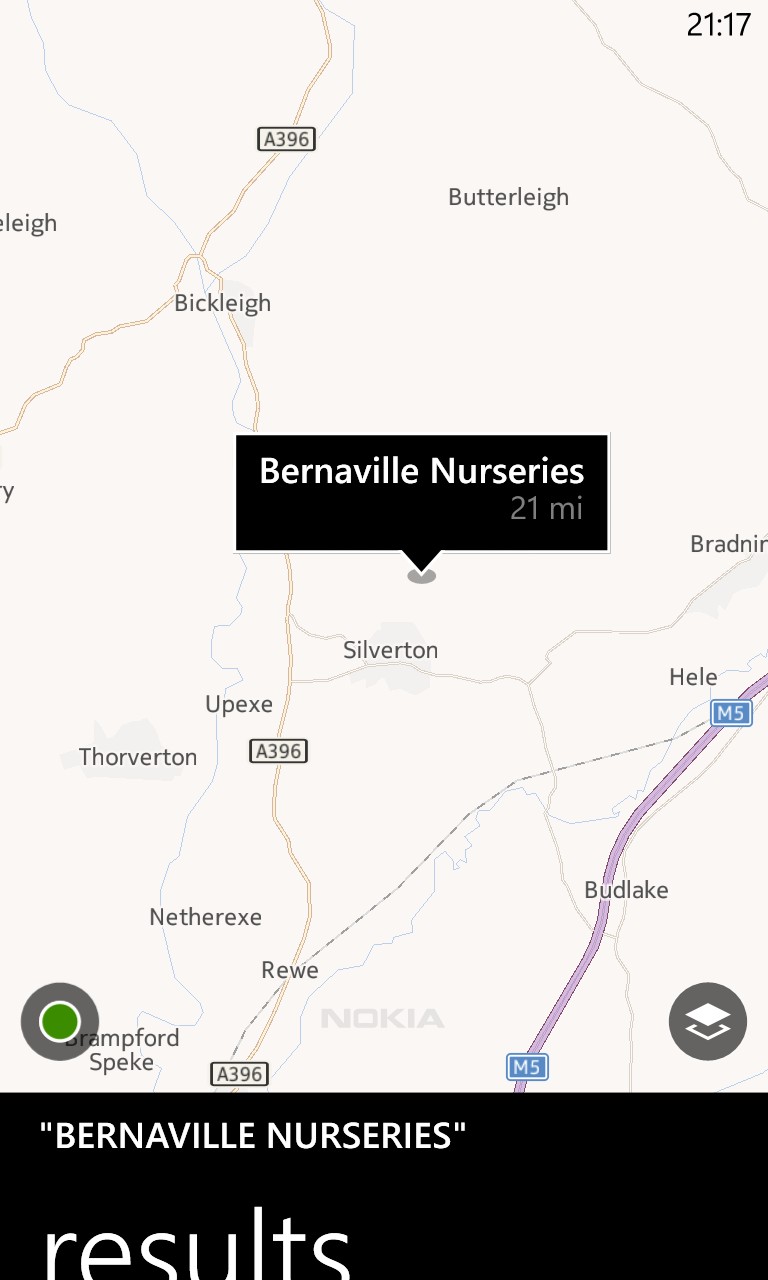 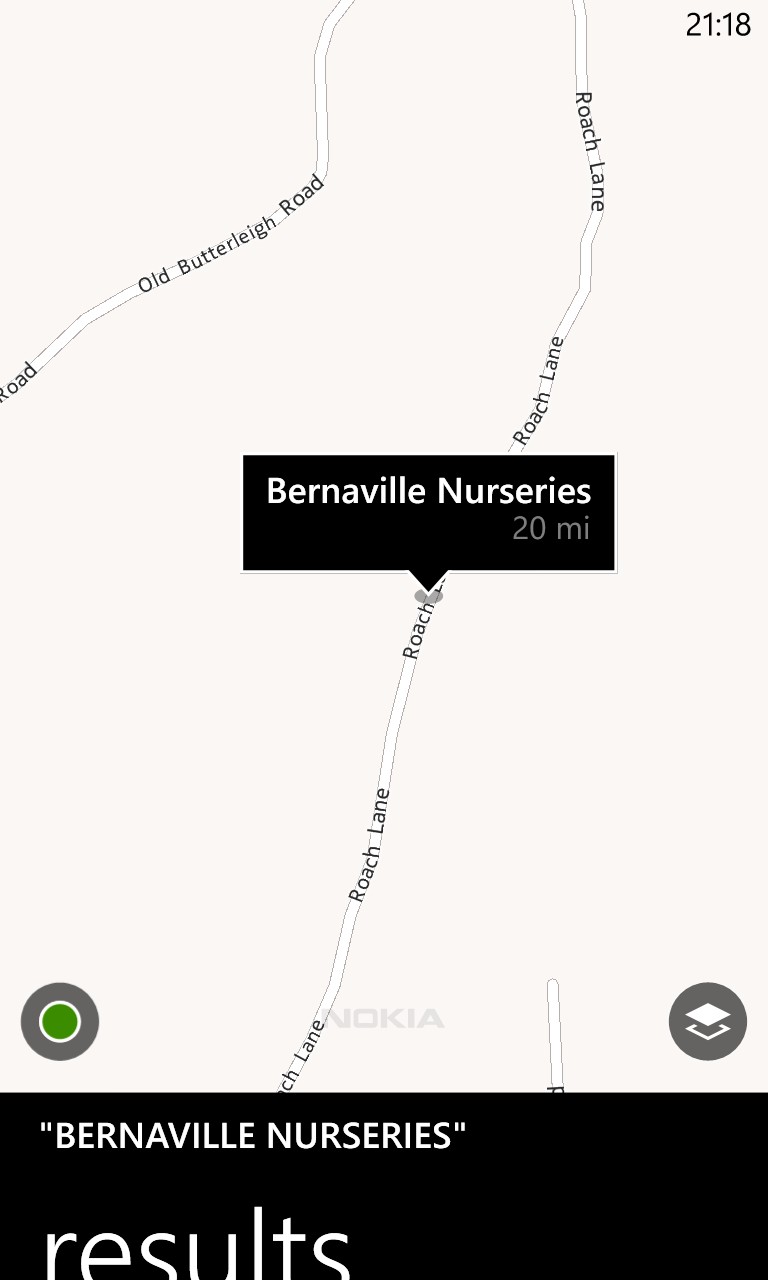 We drove down... and ended up spending half an hour going round and round a sequence of increasingly narrow and muddy lanes, seeing absolutely nothing but fields and farmhouses and barns. "Maybe it's a glitch on my Windows Phone", I thought, breaking out my Symbian-based Nokia 808. Same issue, Nokia Maps/Drive kept directing us back to this remote country lane. 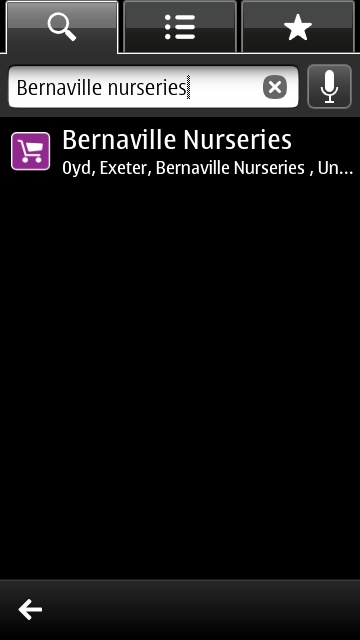 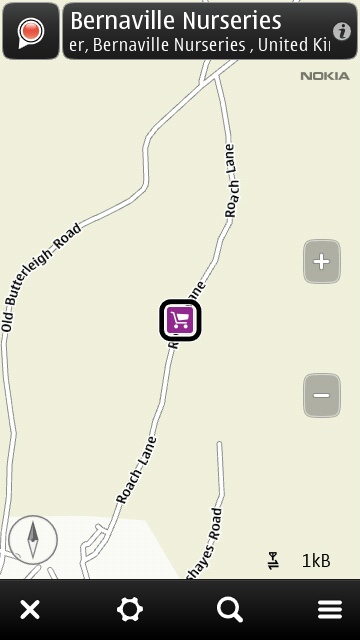 What was going on? We drove into Silverton and asked a shopkeeper. "Oh no, 'Bernaville Nurseries' is about ten miles from here!" It's at this point that we took down some paper directions, headed off in the right direction and arrived safely at the right destination about 20 minutes later, with Nokia Maps (it has to be said) in disgrace.

I noticed, over a meal during the afternoon, that the postcode given for the venue was correct and that searching for this postcode brought up the correct location for the garden centre. So the coordinates of the relevant POI 'Bernaville Nurseries' was simply wrong in Nokia's database, it seemed, and by quite a way. Not in the same class as Apple Maps putting Berlin in the centre of the North Pole, but along the same lines(!)

Back on a desktop during the evening, I tried the same search in here.com, Nokia's re-branded Maps for the desktop/web/other platforms - with the same erroneous result. So the error is in the core POI databases. Which begs two questions: a) how many other POIs might be in the wrong location? (freel free to chime in, in the comments below), and b) is there a way to report the error to Nokia, to prevent future travellers getting confused?

As far as I can see, there isn't. At least not on here.com or in the Windows Phone versions of Nokia Maps/Drive. The only glimmer of light is delving deeper into the Symbian version of Nokia Maps, shown below. There's a hyperlink on the POI's main page, 'Report', with the options available shown below. 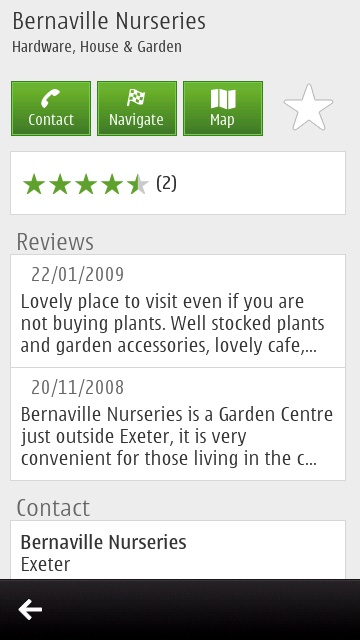 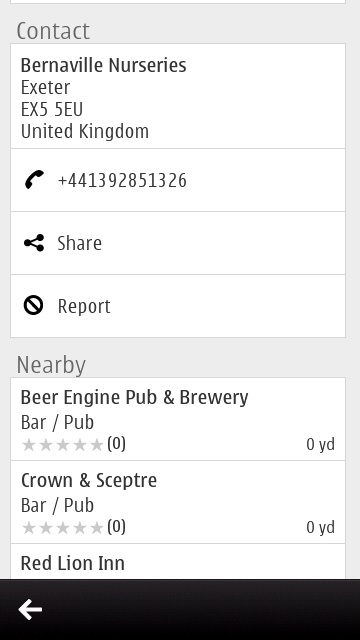 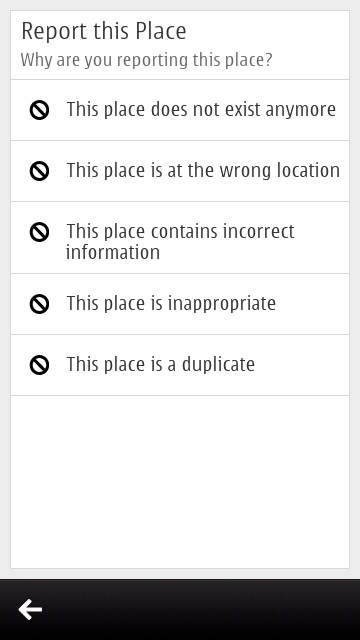 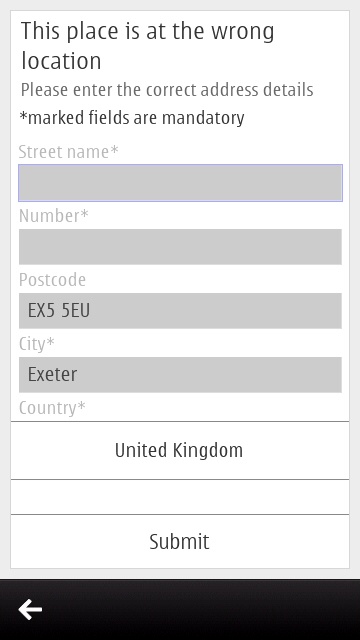 In my case, tapping 'This place is at the wrong location' seemed the most likely, so I tapped this. The resulting form simply asks for the 'correct' postal address. Argh! The POI already has the right postal address, it's the location on the map that's wrong - and there's no way to enter this using the interface. Which means that Nokia will receive the report, verify the address and quite possibly think 'What's the problem?'

Until this happens, I'm going to treat the POI side of Nokia Maps with extreme caution - today's wasted time and fuel left a very bad taste in my mouth!

Filed: Home > Flow > Trying to report a problem in Nokia Maps/Drive (or not)