qooWeather is one of our favourite widgets at AAS, not least because it has enabled us with E6 devices to have weather on our homescreens. And, staying on that theme, version 4.1, available now, has graphic fixes for the E6 (apparently), along with the ability to use your GPS location and the facility to only update weather when hooked up via Wi-fi. Good stuff, and recommended for Symbian^3/Anna/Belle phones even if you've also tried Nokia Weather, which works on many recent devices.

Here are some of the screens from the update: 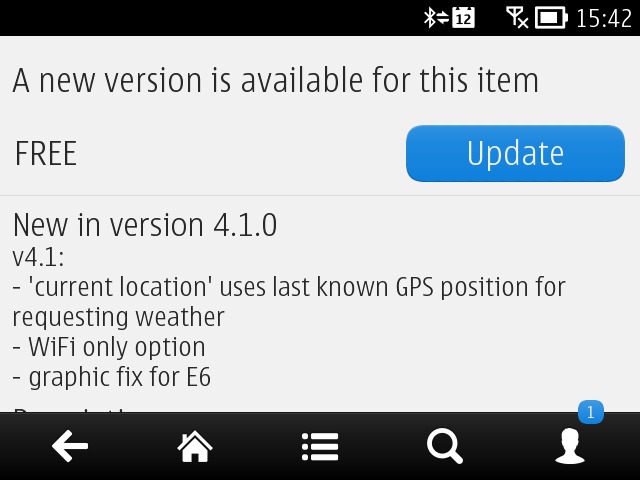 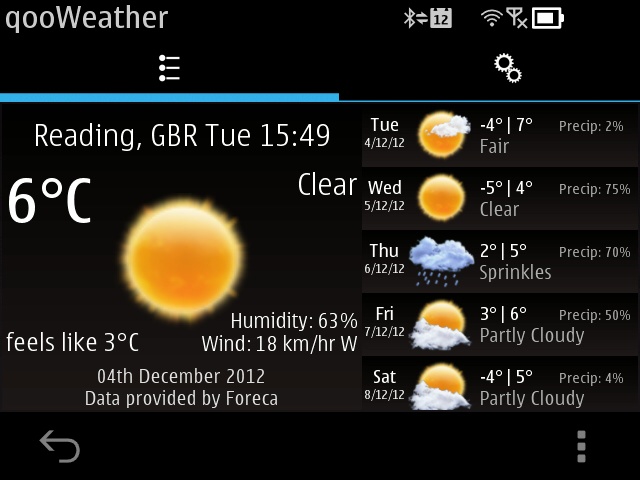 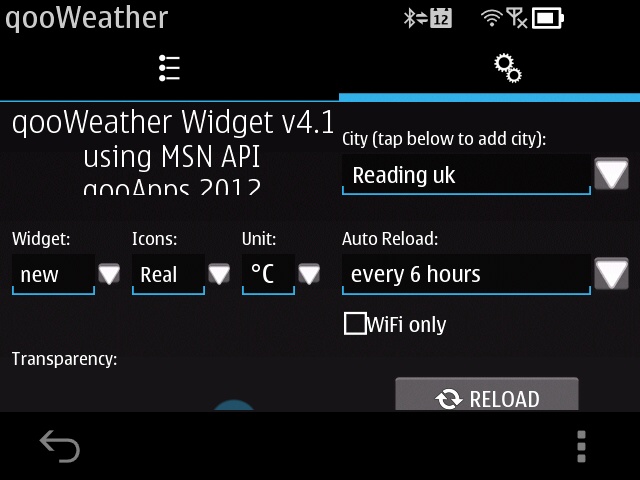 The settings tab, despite the 'E6' mention in the changelog, has clearly got some tweaking still needed, with the 'Transparency' control completely unusable, off the bottom of the tappable screen! Roll on v4.2? Note the Wifi only checkbox, by the way. 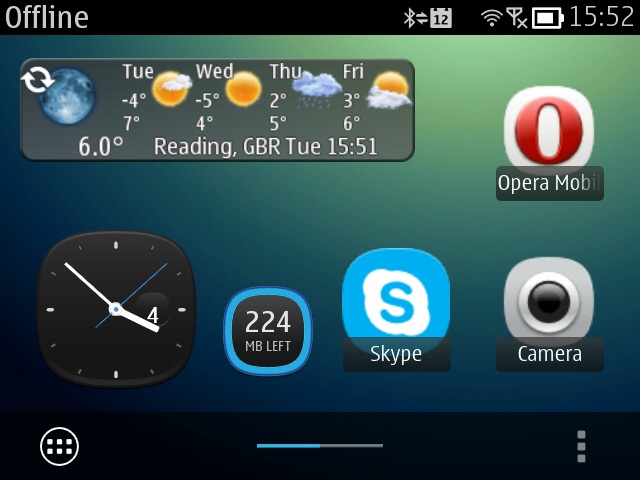 And here's the main qooWeather widget, in place on the E6 homescreen and looking very pretty. Note that there's also a 'weather now' widget, though this is less useful in terms of what's coming up.

You can buy qooWeather (or update it) here in the Nokia Store.