In an editorial which could almost have come from my pen, Alvin Wong waxes lyrical on a theme close to my own heart, that of the smartphone industry trying to run before it can walk in terms of the balance between local storage in a smartphone and online services. Parked next to a cell tower, life in the mobile cloud may well be peachy. For the rest of us, most of the time, you might need those local Gigabytes after all.... 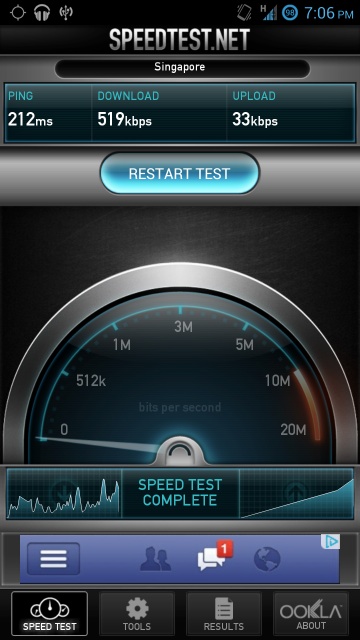 Cloud computing is a concept that has been thrown around for several years now, first in the desktop computing space and now in the mobile industry. If you’re still unfamiliar with what cloud computing is today, just think about the online services you use daily – Google Apps, YouTube, iCloud and Dropbox are all examples of cloud computing in action. Ever since the launch of the original iPhone in 2007 and cellular data service becoming a lot more affordable and accessible than it once was, smartphones have also been increasingly web-focused; in fact, the vast majority of popular apps across iOS, Android and Windows Phone are apps that plug into an API-enabled online service and rely on a constant data connection to function. This year, we have seen more and more devices lack expandable memory, forcing users to live with a set amount of onboard storage for as long as they hold on to their device, a concept that the iPhone undoubtedly popularized. Windows Phone 7, infamously, lacked any support for user-replaceable microSD cards whatsoever, and Google has stated that the inclusion of microSD expansion actually worsens performance on Android devices. This year, we have also seen Sony launch the Xperia U with just 4GB of storage for media, Nokia’s unveiling of the Lumia 510 with about 2.2GB of available storage out of the box, the 8GB Nexus 4 variant with around 6GB of free space and no way to increase it...

...In an ideal world (well, to some extent, in Google’s world), the amount of onboard storage on a smartphone would be irrelevant because everything would be stored in the cloud and merely accessed from the device. Want to listen to some music? Stream it. Feel like catching up on a TV show? Stream it. Heading on a road trip? You’ll be able to get turn-by-turn navigation since your smartphone is connected to the Internet. While on the road trip, you might take a few photos of the scenery with your device; these photos are then automatically stored in the cloud without any involvement on your part. Want to see how everyone’s doing at home while you’re on the road? Do a Skype video call or a Google+ Hangout. It’s awesome. This is probably how the future will be like. But what does that future entail? Much higher cellular network capacities that we currently have. Increased LTE and 42Mbps HSPA+ coverage Generous to unlimited data allowances across all plans. Devices that have greater battery capacities and more efficient components.

How many of the above prerequisites are in place where we are right now at the end of 2012? Pretty much none.

Alvin then goes on to point out that the platform and software companies in the mobile industry have evolved at a much faster pace than the hardware and infrastructure has. Right now, the vision of cloud working is limited horribly by available bandwidth, battery life and  data caps.

Ultimately, life in the cloud is a concept that sounds brilliant on paper, but is just not very realistic right now without serious caveats. The software and services might be in place, but other factors prevent them from being really useful or usable for most.

Declaring all this is brave in the current prevailing tech wind, but is something I'd wholeheartedly agree with. It's great to have online access to media but also just as helpful to have plenty of local media as well for the 95% of the time when conditions (network/battery/tariff) aren't perfect.

The sheer inefficiency in (for example) playing a music video from YouTube over 3.5G on a train, struggling to keep a fantastically battery-hungry connection going, when that same video could have been side-loaded or pre-downloaded before the trip and simply put inside your phone in the first place. Watching from 'local' storage is dramatically more efficient for the user and far more efficient on a global scale now that more and more people are trying to stream more and more on ever more congested ccellular airwaves.

Filed: Home > Flow > Disconnected - Why the concept of life in the cloud is detached from reality