Supplied with full source code, Qt DrumKit is a multi-touch, fully working virtual drumkit for Symbian and Meego, complete with recording facility. It works well as an example of how responsive a Qt application can be, even if I did notice a few visual and audio glitches when really pushed hard. Interestingly, the same DrumKit code, with some tweaks, also works on Series 40 devices (via Java ME) and even (developer-unlocked) Windows Phones (via XNA).

Here are screens from the project when installed on a Nokia 808: 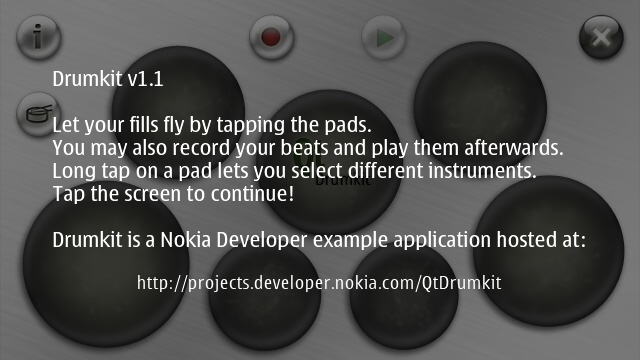 There are actually two drumkits to 'play' on. Here's the first, a synth style set of pads - as you play each pad, it lights up. You can use multitouch to play more than one at once and the sounds do ring out, though the 'green lantern' visual effect is only applied to the first pad hit: 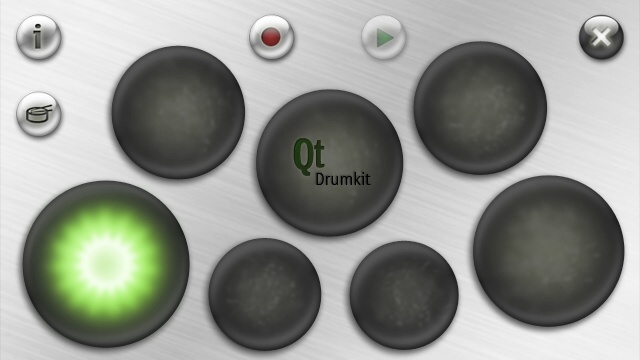 Long press on a pad/drum and you get to customise the kit as needed: 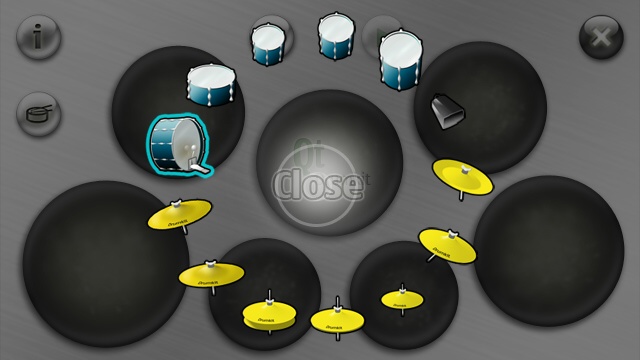 Tap the left hand drumkit icon and there's a 'real' drumkit to play on instead. The same idea as above, except that this time you get subtle drum animations rather than lighting effects, when hit. 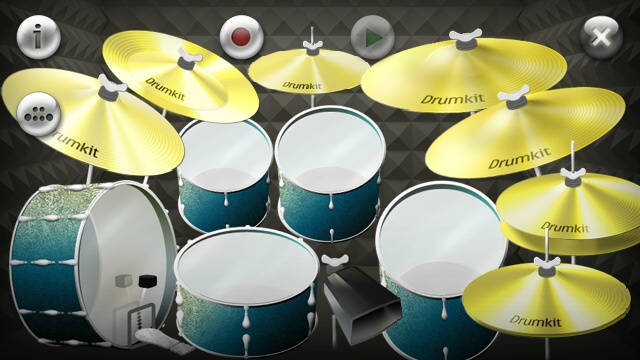 The 'record' and 'play' controls at the top are self-explanatory and work well. In terms of performance, I did notice some break up of the sound samples when playing multiple drums simultaneously - is this an issue just on the 808? Comments welcome!

You can download the Symbian SIS file here, 1.8MB, and it should install on anything from the N8 onwards (including the VGA-screened E6).

Along with the project, there's a fun little musical promo from Nokia Developer: