As IDC note is their press release:

Equally noteworthy was the decline of Nokia, which was replaced by Research In Motion as a Top 5 smartphone player. Nokia's exit from the Top 5, where it had resided since the inception of IDC's Mobile Phone Tracker in 2004, was precipitated by the rise of Samsung and Apple globally and high-growth vendors like Huawei in China, where Nokia was the dominant player as recently as the third quarter of 2011.

"Nokia's share losses have meant gains for competitors," said Kevin Restivo, senior research analyst with IDC's Worldwide Quarterly Mobile Phone Tracker. "The company's transition away from Symbian-powered smartphones to ones shipped with Windows Phone has left ample opportunity for rivals to steal share away from Nokia over the past 18 months. However, the smartphone market is still relatively nascent, which means there's room for multiple vendors and operating systems to flourish, including Nokia."

The following chart shows smartphone shipment figures, by manufacturer, over the last four years. The overall trend show how quickly the overall smartphone market has grown. 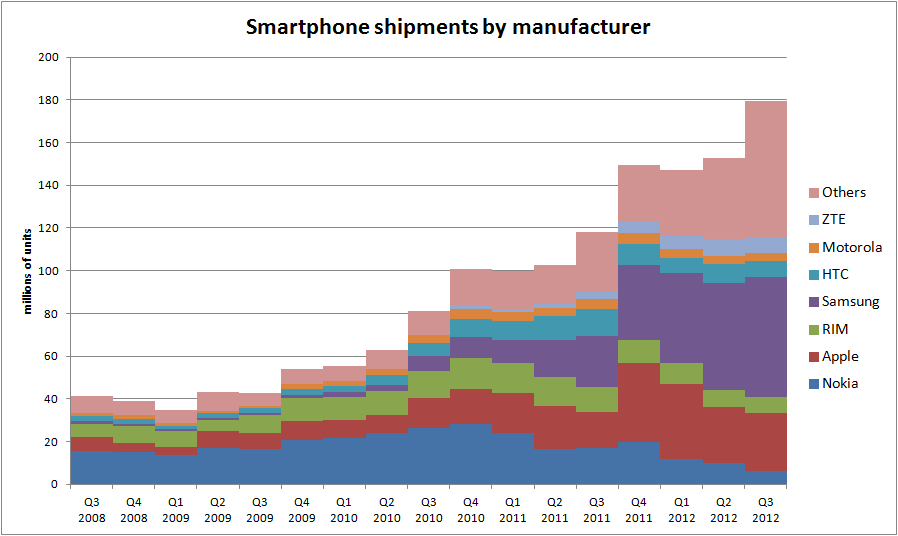 The chart below show market share by manufacturer over the same period. Clearly visible in the last few years the growth of Samsung, the decline of Nokia and RIM, and the increasing number of smartphone manufacturers (growth of Others). 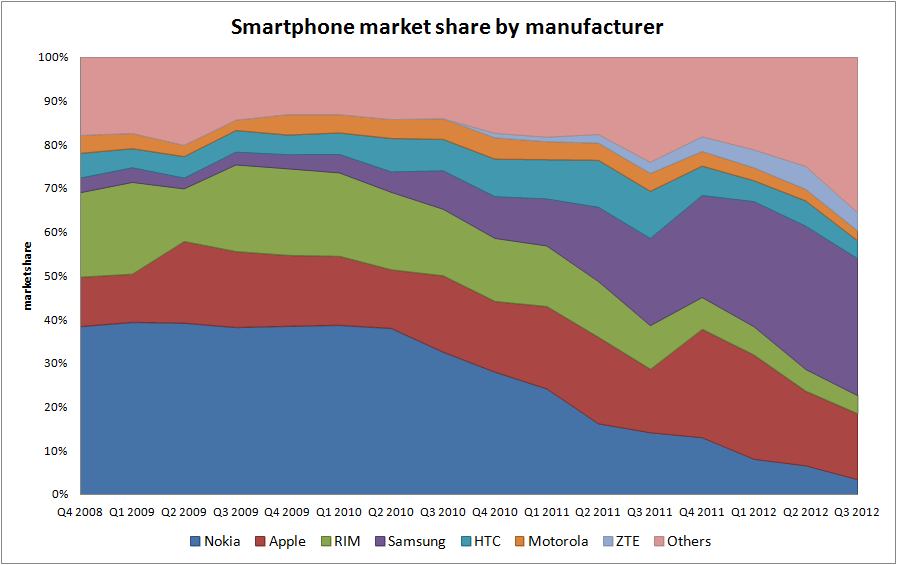 Across all mobile phones (smartphones and feature phones) Samsung (105.4 million units) has extended it lead over Nokia (82.9 million units), but the other manufacturers remain a long way behind. Apple is in third place (26.9 million), LG in fourth (14 million) and ZTE in fifth (13.7 million units).