Dictate for Symbian available, don't get your hopes up

Available now in the Nokia Store is the Apple Siri-like Dictate, updated to version 1.09 though you'd be forgiven for thinking it was v0.09, since its functionality is extremely limited at the moment. Piggy-backing on undocumented APIs at Google's servers, it attempts the same speak-and-answer functionality as the likes of Siri, but is obviously vastly more limited at the moment. Still £1 in the Nokia Store gets you access to what is effectively an early alpha version and the fun of trying what it can (and, more likely, at the moment, can't) do. 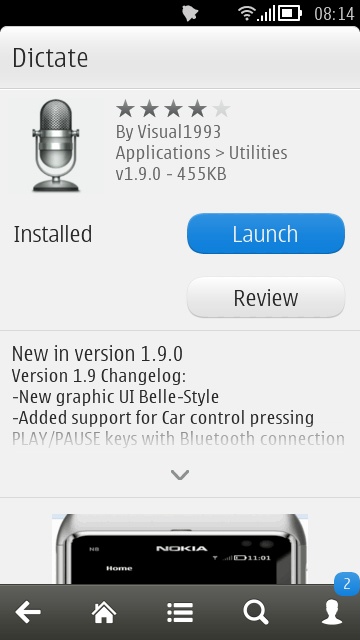 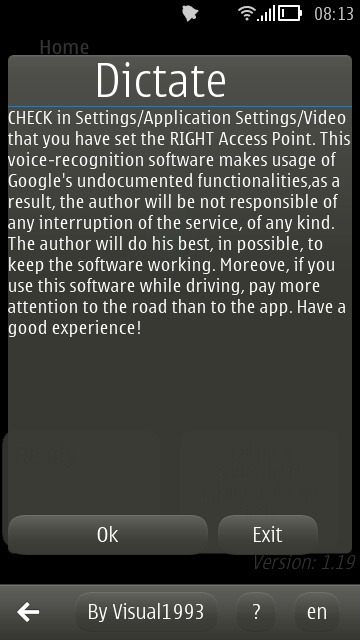 Somehow Dictate has raced on to v1.9 without even having all its screens properly formatted, but credit where credit's due - at least the updates are coming. This one brings an attempt at a Belle UI and support for Bluetooth headset control; note the small print: Google could pull the plug on the whole deal at any point by restricting access to its voice recognition servers... 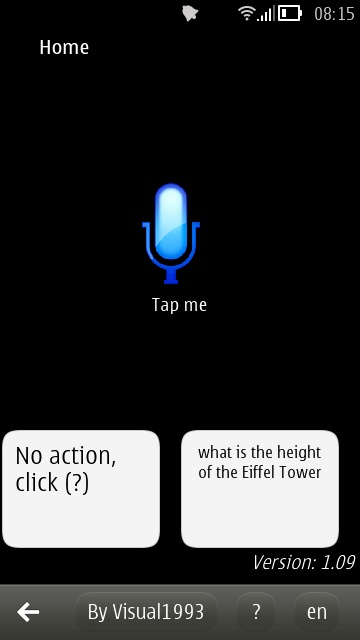 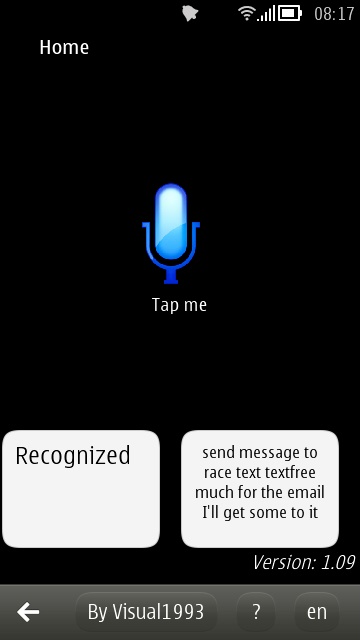 General 'Siri'-style queries simply don't get recognised; 'Rafe' kept getting converted as 'race', so your messages may not get to the people you want them to, though general freeform text is handled well enough 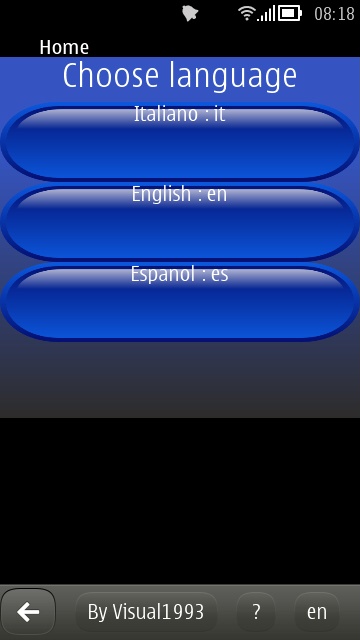 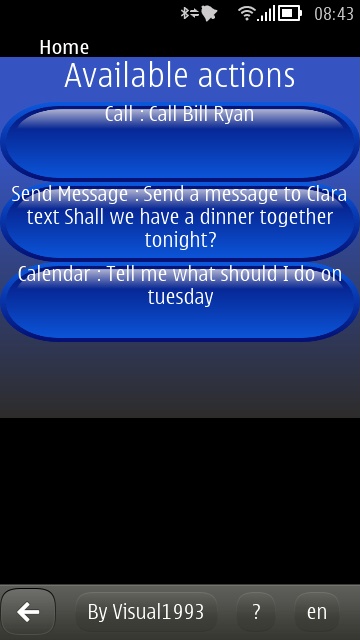 Dictate can run in three languages, impressively, though the corrupted formatting in the dialogs and (right) suggested voice syntax help screen suggest a lack of attention to proper testing by the developer.

You can buy Dictate in the Nokia Store here. The developer is being a little cheeky in asking money for it, especially in light of who's actually recognising the audio, but hey, it's only a quid, and hopefully a few sales will encourage him to keep on refining the idea.

Filed: Home > Flow > Dictate for Symbian available, don't get your hopes up