Never heard of Viber? I wouldn't be surprised, but it's apparently quite popular in some parts and yet another competitor to Skype, Whatsapp, Imsy Messenger and others. And now it has been released on Symbian, albeit without the VoIP module that iOS and Android users get. Link and quote below if you're interested... 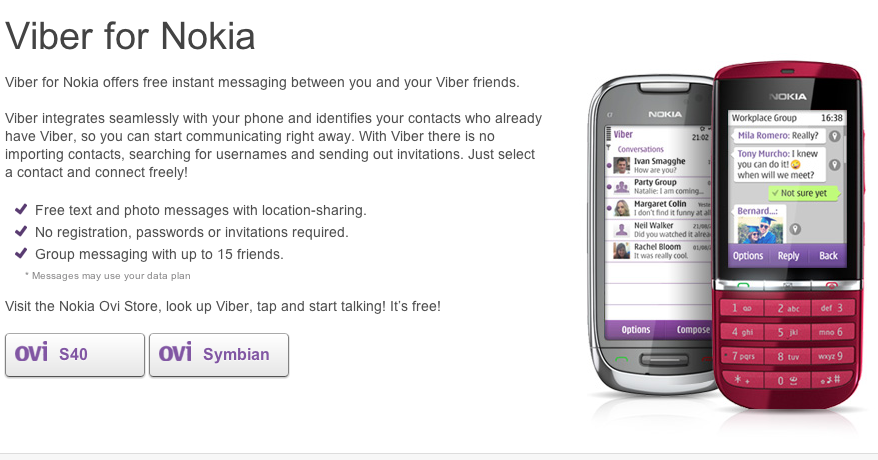 See Viber for Symbian here in the Nokia Store, compatibility is S60 5th Edition and upwards, so touchscreen Symbian only. It's built on Qt, so you'll need the Qt runtimes installed too, of course - you'll be prompted to grab these ie you haven't got them already. Also note that you'll need a SIM card in the phone - like Whatsapp, this ties the application to your phone number, so that it can match you in other Viber users' address books.

There's more detail here on viber.com if you want to read up on it before installing.