The Nokia 808 PureView gets its first firmware update, v112

The Nokia 808 PureView has received its first firmware update, to v112.020.0310, a 600k over the air download (or a 300MB full firmware via Nokia Suite) promising 'greater reliability and updated apps'. As that sounds, it's mainly bug fixes, though there's now a scroll bar in Contacts. Still no sign of Gallery being restored to full Belle FP1 functionality though. 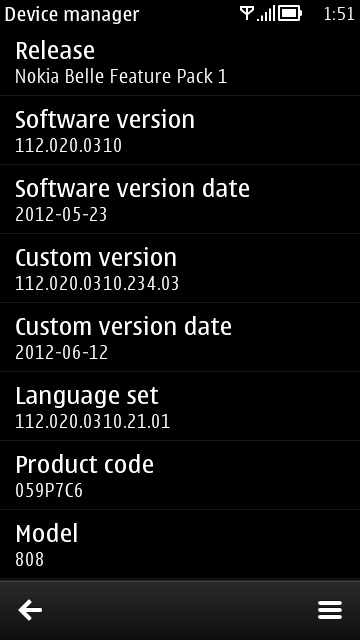 Annoyingly for 808 owners, the longstanding limitations in the rewritten Gallery app (for the 808's unique image processor and image sizes) haven't been addressed - there's no support for landscape mode still and very little organisation or informational functions. Here's hoping Nokia compiles in the usual Belle FP1 Gallery functions sooner rather than later.

Comments welcome if you have an 808 (we're jealous!) and have applied the update - anything else new?