Here's a neat idea for an elderly parent, disabled friend or someone else vulnerable, should they use (or you persuade them to use) a modern-ish (capable of running Qt) Symbian smartphone. It's all very well having your contact set up as a shortcut on their homescreen, but in the event of an emergency, they'll have to be physically able to tap a few times accurately to call you and it'll then take time to relay details. Red Help aims to drastically simplify the call to help. 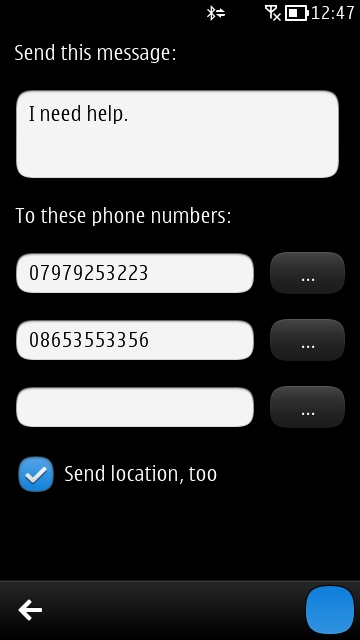 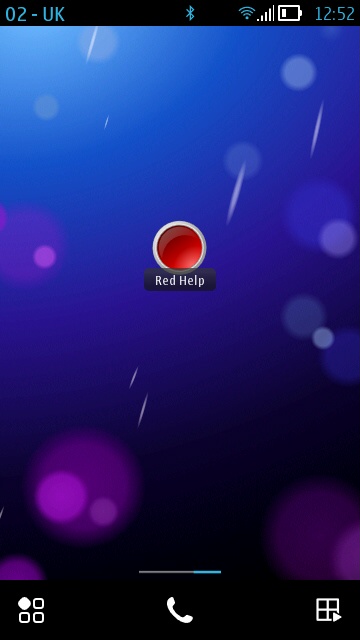 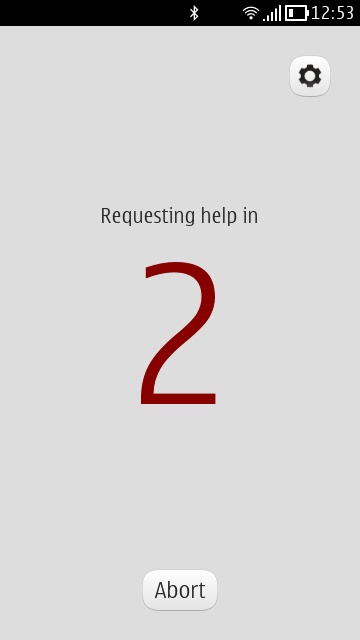 You'll get the idea from the screenshots. When first starting Red Help, there's the facility to put in up to three mobile numbers, either typed in directly or picked from the Contacts on the phone. Plus a check-box to send location too, should the phone have GPS (likely) and should location be important (after all, some people in this position would always be 'at home' by definition.

You then put a shortcut to Red Help front and centre on their phone's homescreen (simplified above, I'm sure every user would have a few more things around it!). In the event of an emergency (e.g. a fall), all the person has to do is tap the icon. I'd have thought a proper 2x2 widget would have worked better as it would be bigger and easier to hit when in pain, maybe that's something for the developers to add.

After a few seconds delay (in case you actually wanted to launch the app to amend the stored details), Red Help leaps into action: 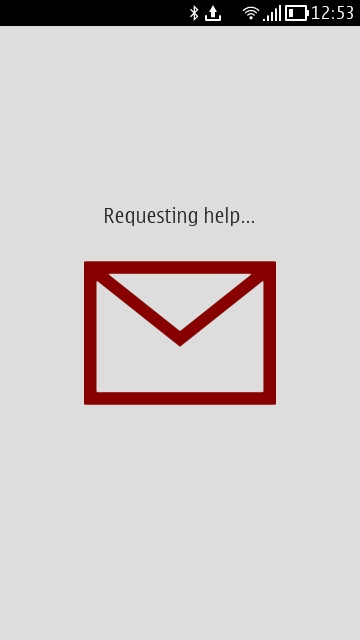 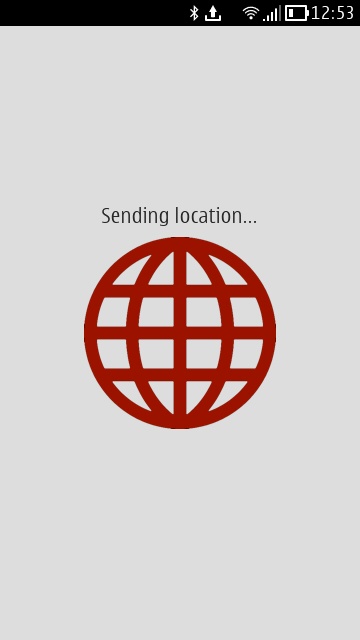 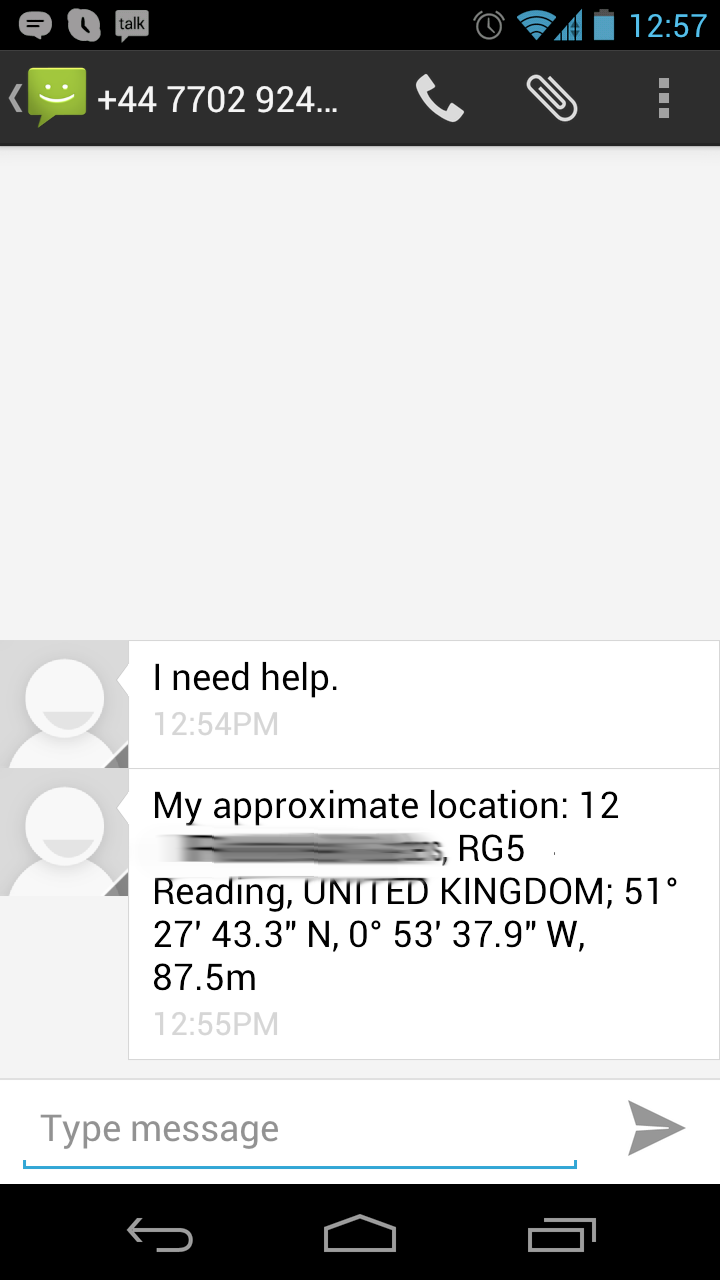 First, text messages are sent, with your predefined (but customisable) help string to the numbers that you provided earlier. Then, if location was also needed, this is estimated based on Wi-fi, cellular and GPS location and also sent, as a second text message.

As the carer, or son/daughter/friend, you then get these messages (here shown on an Android phone), with position shown as an actual address and also as lat/long, a nice touch in case the person isn't at a listed address (e.g. in a park), for the emergency services to respond to.

Nice utility, well worth £1.50 in the Nokia Store for anyone with a vulnerable relative or friend.