As you know, we don't go a bundle on rumours at All About Symbian, but when a quote is (reportedly) from a Nokia spokesperson's mouth, then that lends enough credibility. I speculated a month ago that devices of the N8's generation might get some of the fuller Belle FP1 features in an update of their own and Nokia marketing manager Mattia Fiorin seems to be confirming this, if the quote below is anything to go by.

Nokialino reports here on the official Italian product launch of the 808 PureView, but have some quotes from Fiorin from Q&A at the event. 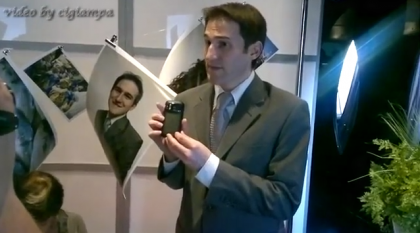 Obviously these have been heard, transcribed in Italian and then tranlated to English, so there's bound to be a little mangling of his exact words. Here's Nokialino's version:

FP1 for N8 will be available soon, and will include, in particular, the updating of the browser to the new version 8.2 and Nokia Social.

The update will still be small compared to the official FP1, already available for the S^3 terminals that support it, adapted to the processor on the N8 (already exploited almost to the limit with the latest updates).

Probably there will be a minimal overclock the processor (as far as possible for ARM11 mounted on N8).

According Fiorin always, then, N8 will also FP2 (as Carla was  shelved ).

The N8's browser under Belle is currently at v7.4.2.6, so v8.2 sounds like a big upgrade in terms of rendering, though balance that against the N8's relatively slow processor. A new version of Nokia Social sounds good too, though unless it has been completely rewritten in Qt then I still fear for page load times.

The idea of a 'minimal overclock' sounds great, but I do wonder how practical that it in terms of the existing electronics and in terms of stability. I'll believe this bit when I see it!

The fact that the N8 might get elements of Belle FP2 as well sounds promising too, though I'd guess we'd be talking at least another six months for that.