Symbian Nokia Belle smartphones around the world are being given a 'Quality Improvement' update, over the air or via Nokia Suite. The update is tiny, less than 8kb, but presumably fixes some critical bug in the Qt 4.7.4 (commenters have reported that crashes when using the notifications pane are now gone). Best accept it, the install only takes seconds. Screenshot proof below from my Nokia E6.

It's not clear exactly what's being fixed.... Any Qt developers able to tell us more?

As you'll see below in the comments, some users had been seeing the phone's UI crash when pulling down the notifications pane - this is fixed with this Qt update, thankfully.

Here's the update proceeding on the E6, but all other devices running Belle should also get it. 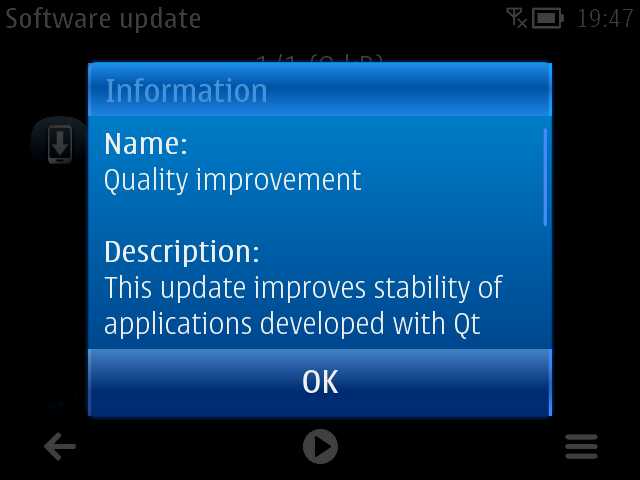 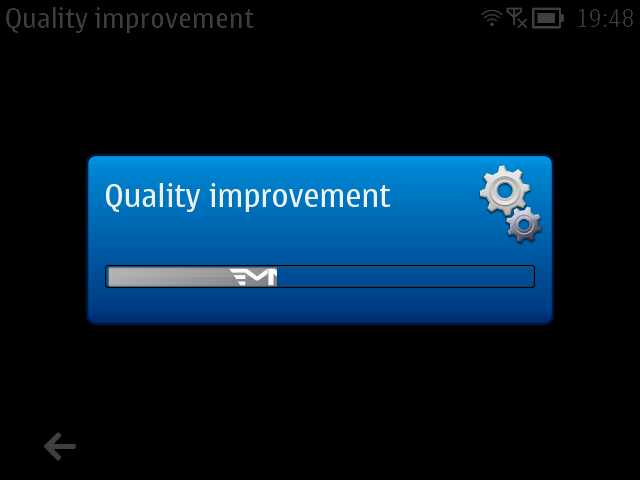