However many Symbian and Windows Phone smartphones get announced by Nokia at Mobile World Congress, note that its official keynote broadcast and announcement page is already up. The fun and games from Nokia begins at 8.30am CET on Monday and we'll include plenty of summarising and (where possible) hands-on with new products here on the All About sites, of course. 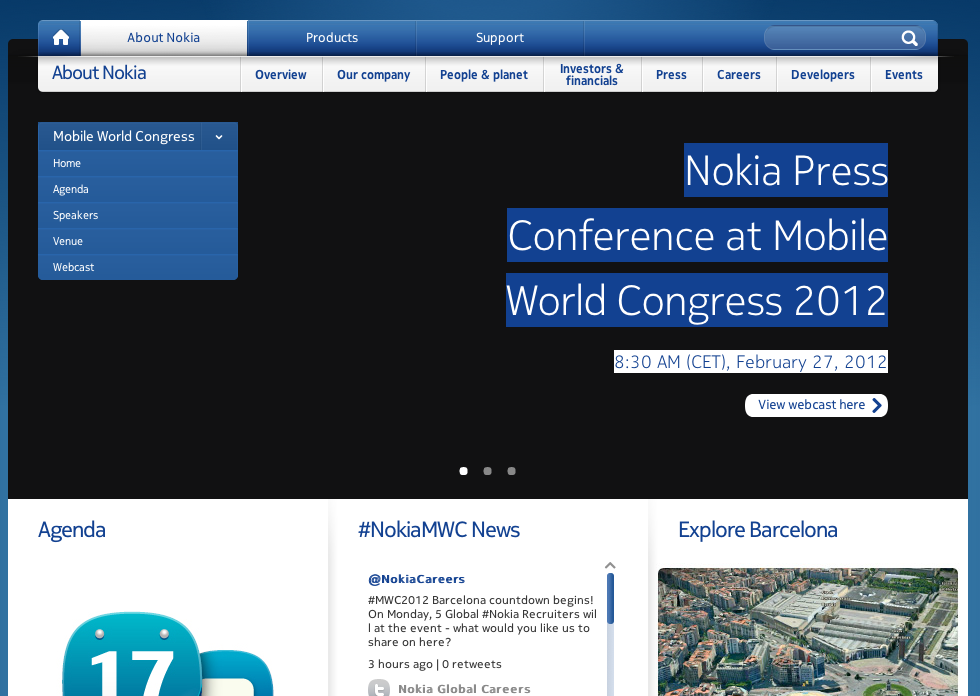