In a move which has predictably upset a few people, popular IM client Nimbuzz has announced that ICQ, AIM, Myspace and Hyves will no longer be available through its application. The claim is that these chat systems are the 'least used', though the withdrawal hits hard after the removal of Skype last year. Still supported are Facebook Chat, Yahoo, MSN, and Gtalk, mind you, but was it really so much overhead to keep the former chat systems on board?

From the Nimbuzz blog:

Yes, it’s true. ICQ, AIM, Myspace and Hyves will no longer be accessible via Nimbuzz starting today. Why? These networks were the least used networks on Nimbuzz, which can be rightly attributed to the evolution of the chat ecosystem in the world. This has been really tough decision for us but we had to take this call so that we can focus more of the Networks, which you guys really look forward to like Facebook Chat, Yahoo, MSN, and Gtalk. 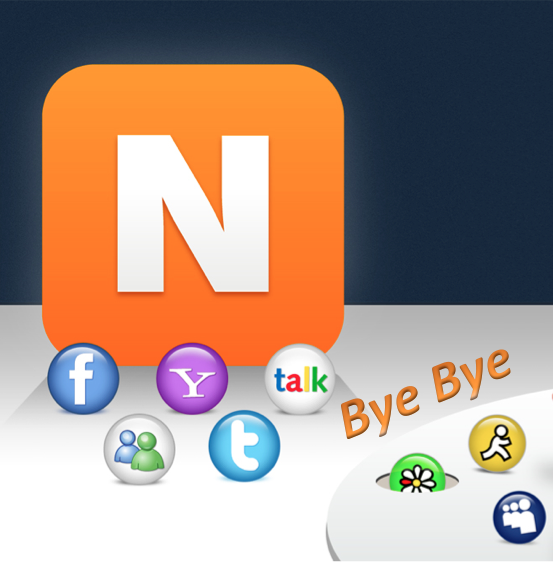