Presented as a multimedia phone, the Motorola Z10 has a lot to live up to, as music on mobiles has changed rapidly over the last year or so. Simply having a player is now no longer enough, as my time with the Z10 music suite shows.

Getting music onto the MOTO Z10 using the packaged software does require you to have a microSD card present as you'll be using the USB cable, but it is relatively painless - one thing to note is that there is no separate ‘Music Player' USB option - as S60 has; mass memory storage will act both as a file browser and 'media device' when connected. Being USB-enabled, the majority of popular desktop based music applications will see the Z10 as a device they can synchronise music to. In practice, that means both Windows Media Player and Nullsoft Winamp are able to load up the Z10 with music. 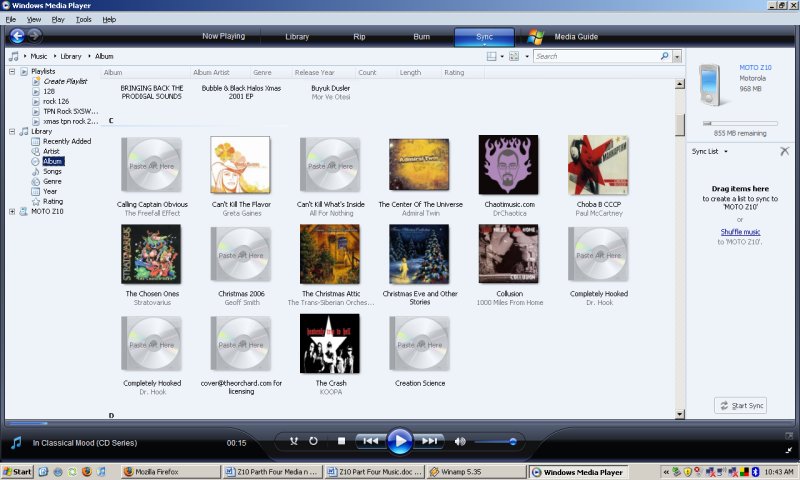 The key, of course, is having your music library organized on your PC, although I'm sure that regular music users will already have a system in place, even if it is just dropping everything into the ‘My Music' folder. As long as you can point these PC music applications towards a directory where your music (or sub folders of music lie) then you'll be a few graphical clicks away from getting the music onto the Z10. Simply highlight the music and drag it to a sync list (on Windows Media Player) or right-click and Send to Z10 (Winamp). 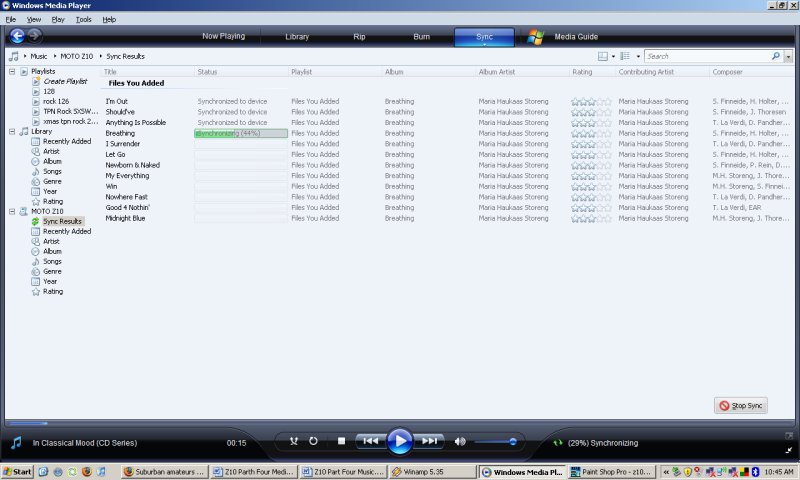 You must remember to install Motorola's Multimedia Services plug-in, otherwise the files will be placed in the wrong folder on your Z10, and getting the right folder is important. Those of you using USB Mass Storage and moving the files directly take note. Unless you put all your files in a specific place on your microSD card (Memory Card:/Media Files/Audio/Music) the music player won't see the music tracks. Don't use sub folders either, you have to lump them into the one folder or no music action on your phone.

This is not a pleasant user experience for those going the manual route (i.e. anyone not on a Windows machine). Compared to other music phones, where the files can be anywhere on the system and picked up by a Refresh command, and when even then defaults to an ordered structure of submenus. Not here.

What also lets the Z10 down in the music stakes is how to get the music from the Z10 to your ears. As mentioned previously in this review, everything goes through the mini-USB socket, and that includes the headphones for the music player. Our review unit didn't come with the retail packaged hands free headset, which we assume will have stereo headphones as part of it - instead we picked up a small USB to Stereo Jack Plug dongle to plug a standard set of headphones in.

As with most modern phones, the sound quality of digital music playback is determined more by the encoding of the music files rather than any hardware limitations. My usual test tracks (AC/DC's 'Thunderstruck' and 'The Danse Macabre' by Camille Saint Saens) provide a wide range of musical styles, highs and lows, tonal and vocals. And, to be honest, there's hardly any difference between this, the N95 or the similarly UIQ-powered WM960. What does let it down is the little dongle. Objectively, it doesn't change the sound, but when I travel it's one more box, one more connector to fail, one more thing to worry about. 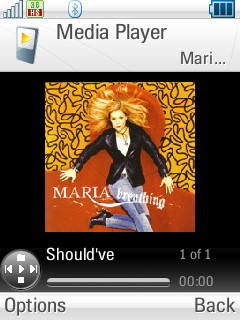 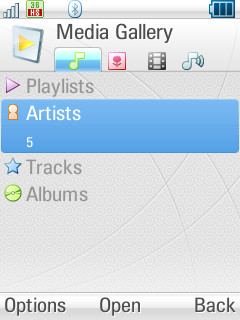 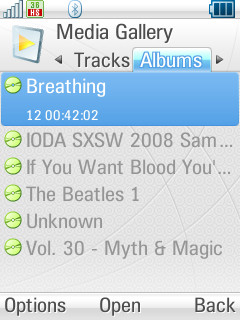 Hold on, I hear you say, this is the 21st century! You can use Bluetooth, can't you? Well indeed you can, the Z10 carries the stereo Bluetooth headset profile, and connects up to a number of Bluetooth headsets, (including, shhh, the latest Nokia sets). This does have a slight impact on the sound quality (as is usual with A2DP) as it does need to be re-encoded, streamed and buffered, but I'd say that the Z10 holds up a little bit better with high bitrate MP3s over Bluetooth than the N95, which did have some issues with the buffer.

I'm not sure how well focussed the Z10 actually is for music - the lack of a headphone socket is the sort of move you would make in a low-range phone to keep the cost down, rather than a feature you would want to have on a high-end device you're targeting as a multimedia platform. Yes there are other options, but the cleanest option is still a proper headphone socket on the phone - and put in extra connectors in there for your microphone on the hands free kit.

The playback software is pretty much average for a modern smartphone. There are no dedicated playback buttons on the casing of the Z10 (beyond the volume buttons), so you'll be diving into the main UI to control the music. The media playback bar on the home screen is at least easy to get to (just hit the Applications button and move the cursor to the playback bar) and you can click through to control the music from there. 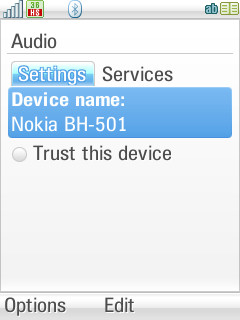 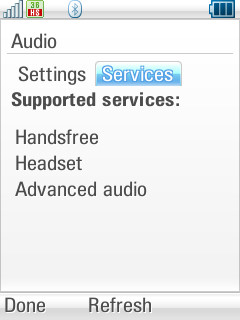 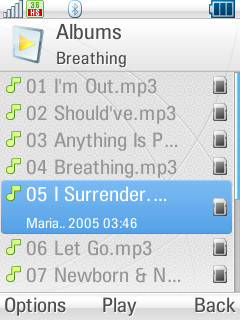 It's the usual controls on the cursor key, with left and right skipping through tracks (or cueing through a single track if you hold it down), and then slight changes to the up, down and button functions to make it 'almost but not quite like' an iPod (here the up function takes you back to the track listing).

The media player continues the strict use of the UIQ3 interface, and does its best to look just like very other application, and this is one time I wish that some more tweaks had been considered. The large sized fonts really let you down if you have more than a handful of tracks or albums, leaving you with a lot of scrolling to do - something the silver cursor pad is not great at doing for long periods of time. The 'Find' function is hidden in the menu, and there's no quick-match searching that automatically starts if you start typing on the keypad. The usual views are here, list of tracks, list of albums, list of artists, and a playlist view as well.

All in all, the music player feels as if it is doing the absolute minimum for the MOTO Z10 to actually be considered as a music phone. There's no flair in the application, there's no special thought been put into how people actually use music on their smartphone... I'm not going so far as to say this is a missed opportunity in the Z10, but it certainly mirrors other areas of the device in ticking the box marked acceptable and moving on, rather than really sitting down to polish a rough diamond.