After AAS published its first list of emulators for Symbian S60 3rd Edition devices, the first reader comment on the article was "Where's Sega?". Well, here's an emulator which brings not one but two of Sega's consoles to S60 3rd Edition.

MasterGear is an emulator of the Sega Master System and Game Gear consoles by Marat Fayzullin, the author of the Speccy (ZX Spectrum) and ColEm (ColecoVision) emulators for S60 3rd Edition. There's an official web site for MasterGear  and Fayzullin's other S60 emulators where you can download the demo, and you can purchase the full version by clicking here.

MG requires that the game files you want to play to be inserted into the /Others/MG/ directory on the phone's memory card. Files are in that directory can be selected from a menu that appears when the application is started up. You may have to create the directory yourself, depending on which version of the software you have.

Once you've picked a game, it immediately loads up. All the titles I tried (both Master System and Game Gear games) worked fine on MasterGear, they played at full speed and didn't crash or slow down at all. The sound was good and seemed true to childhood memories.

As well as running the game, MasterGear contains a number of very useful extra features:

- You can speed up gameplay by keeping the left "FFWD" soft key held down, good for skipping through cut scenes.

- From the main menu, accessed by pressing the green Dial key, you can save ("Freeze") your position in the game you're currently playing or restore that game's previously saved position. You can save positions in as many games as you like, and when you next start any particular game it will automatically go to that game's last saved position. This feature turns games designed for long playing sessions at home into portable games, by allowing the kind of stop-start short burst gameplay vital to the platform. If you want to start a game from the beginning, you can also reset the console from the main menu. 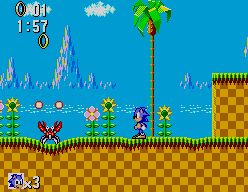 - The game is displayed in stretched mode by default so that it fills the entire screen, but you can set MasterGear to display it in its original resolution from the main menu (switch off "Zoom Display").

Other options on the main menu include autofire, swapping of fire buttons, setting the volume of the audio, and addition of TV Scanlines (I couldn't really see what this did to be honest, I assume the effect is more noticeable on the Windows version of MasterGear).

Perhaps the only major feature that is missing is the ability to define exactly which keypad button corresponds to which controller button, but this is an extremely minor quibble. The Master System controller only had two buttons and the Game Gear only had three, so there's not that much need to customise the controls.

All in all, MasterGear is another great S60 3rd Edition emulator from Marat Fayzullin. Hopefully we'll see more from Fayzullin in the future.

What was the Master System? 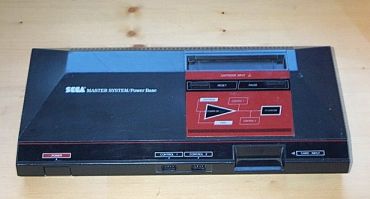 The SMS proved to be fairly successful in Europe and South America, but North America was another matter. Nintendo had already dominated the console market in the USA and Canada by the time the Master System was released there, and to make things worse third party NES publishers had been forced by Nintendo to sign contracts which forbade them from developing games for any other console. Nintendo also put pressure on game shops not to stock rival systems or games, on pain of having their access to Nintendo stock reduced. These kinds of tactics would be frowned upon nowadays and probably lead to official intervention from governments, but Nintendo somehow got away with it and the Master System was shut out of the American market.

Many of the SMS's best games were released in Japan and Europe but didn't make it to the USA because the market was considered too small; some Americans are surprised when they find how good some of the SMS's games really were, and how undeserved its obscurity in the US was. A console named the  Master System II was released in 1990, but this was simply a repackaged Master System in a new casing, a cosmetic upgrade rather than a technological one.

What was the Game Gear?

The Game Gear was an 8-bit handheld console, intended as Sega's answer to the Nintendo Game Boy, released in 1990 in Japan and 1991 in Europe and North America. It was pretty much a portable Master System with a lower resolution but a larger number of colours on-screen. You could even buy a special adaptor which allowed you to use SMS cartridges on the Game Gear, although they were sometimes a bit hard to play if they involved reading text (RPGs for example were tricky). There was also an excellently compact TV Tuner add-on, smaller than the tuner add-ons sold nowadays for some reason.

The Game Gear came much later than the Master System, so while some games were shared across both systems, for example Castle Of Illusion and Sonic The Hedgehog, there were also quite a few GG exclusives such as Crystal Warriors and GG Shinobi.

The Game Gear suffered low sales compared to the Nintendo Game Boy despite having far superior graphics and sound, mainly because the GG had a much shorter battery life and a poorer selection of games. This was the same fate that awaited the previous Game Boy rival, 1989's Atari Lynx, and history repeated itself recently when the technically more primitive Nintendo DS outsold the Sony PlayStation Portable many times over for exactly the same reasons: the DS had a better battery life and more popular games.