EchoEcho is a new cross-platform "where are you?" application and service, using SMS as its communications medium, to ensure compatibility with most phones. Reviewing it seemed like a job for Ewan Spence and he dived into with glee. Although he reckons it's "an answer in search of a question", both of us reckon it has potential. Comments welcome, no matter if you think it's a slice of genius or a complete dud!

One of the axims that people hold true about the mobile phone is that the most popular question uttered during a mobile call is “where are you?” With all the software and technology, is that still a valid question, or should our smartphones be able to answer this for us?

Location Based Services are the next big thing, but when you strip out the gaming features, the badges to be earned, the mayorships to collect, it boils down to this one question. And that's where EchoEcho steps in, because it has one goal. To be able to answer that question as quickly and as hassle free as possible.

From a function point of view, EchoEcho does pretty well, and it mostly delivers on the promise. I'm just a bit wary about the implications of being able to automatically find out where someone's phone is by clicking an option on my phone. 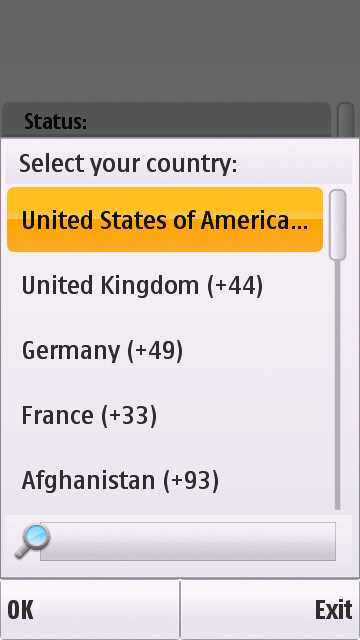 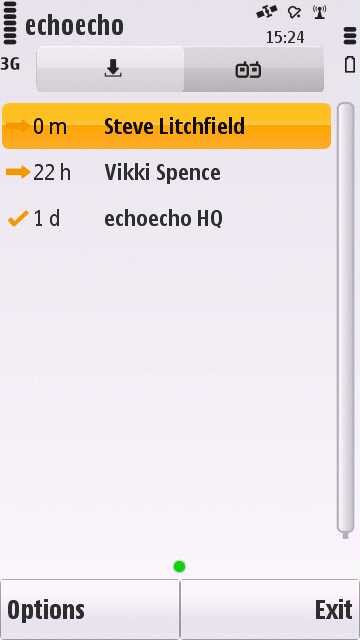 Setting up your phone and chosen contacts on EchoEcho

Let's start with the operation – while EchoEcho is a standalone application, it makes use of three other applications on your handset, the Contacts, SMS Messaging and Google Maps (which might seem a strange choice at first, given Ovi Maps is pre-installed on the majority of new devices, but EchoEcho is cross platform on Android and iOS as well, and Google Maps is on all the platforms – so it does make sense).

Let's choose someone from your contacts, who you want to ask where they are on a regular basis – your partner being the obvious one. This sends them a text message asking them to go online and also download the application. Once they have it, the fun can start. You'll have a list of friends in EchoEcho, and you can “echo” the question of “where are you” to them. Time to change handsets...

...as the incoming message alert on the other handset lets them know something is up. Rather than a regular SMS, it is intercepted by the EchoEcho app and is handled by that application. The message reads that "someone wants to know where you are", and they can choose “reply” from the menu, passing back their approximate location to the person originating the request.

The other option available is to have EchoEcho reply automatically to a request that comes in (assuming you leave it running), but only if it's from a specific user that you have given permission to (just like pairing Bluetooth devices and automatic connections).

Back to the originating device, and you'll get a similar message intercepted by the app that lets you look up on a map where the echo'ee is. As mentioned above, you will need to have Google Maps installed to see the location, and it's not as accurate as you might expect, thanks to its use of the SkyHook database to locate a phone through a mix of wifi and cell tower positioning, alongside the use of GPS when available on the device. 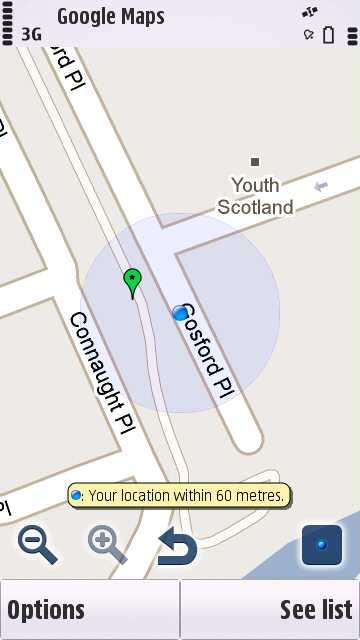 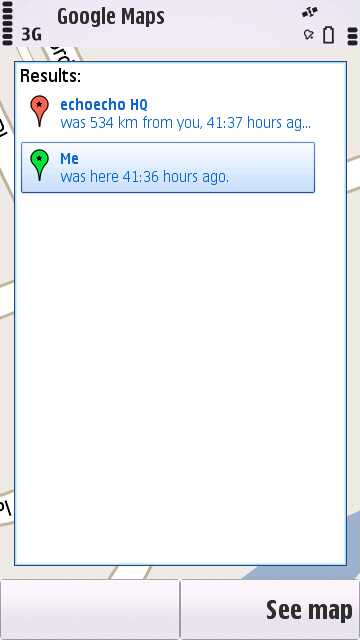 There's a lot to like about EchoEcho, and the fact that it turns the location 'game' around so you don't have to broadcast where you are all the time; rather, just whisper to people where you are at the exact time they are interested in finding out. I'm still a little worried about the application – sending out “dowload this app” sms messages and then granting permission because “a friend” sent the first text "so it must be okay" is the sort of thing that we shouldn't really be encouraging, but I'm hard pushed to see a better way of doing it.

I'm less worried about the auto-reply function, because it's not something that can be sneaked upon by accident, and you still get an SMS alert tone when the request comes in, so there's no secret stalking by surreptitiously installing the app on someone else's device.

EchoEcho is still in its early stages of being an S60 app, and there are a few areas I'd change. I'd want a lot more explanatory text on the mobile website (i.e. the push link sent to new users) and a bit more of a guide (or even an FAQ) on the device once you install the app, to explain what's going on, would help put my mind at rest over the “bit creepy” connotations an application like this has.

While it does feel like an answer in search of a question, the question itself is well defined enough that I can see this working in certain circumstances. Whether it will take off and be the next big thing, I have no idea. I can't quite see it, but it wouldn't surprise me if it did. [Its cross-platform nature certainly can't do any harm. - Ed]