If you're old school enough, just old enough, you may guess this game from the title. Being close, but not quite the same as 'Galaxian', the breakout arcade classic that followed on from Space Invaders back in the mists of time. At the time, a whole raft of arcade copies sprung up, all with slightly different names and slightly different gameplay, but the heritage was obvious. As it is here, with plenty of swooping alien spaceships to blast out of the sky in a blaze of colour and sound. And - what do you know - it runs on every Symbian device from the last four years and in fact plays better on the E71/E72/E6 than on the larger screened Symbian devices - who'd have thought it?

Device compatibility may not sound like a very sexy feature of a game to you, but it's still notable that Galazer runs extremely smoothly on everything from the four year old E71 onwards, right up to the large screened X6 and E7. The speed does vary slightly, though (oddly) it's actually faster on the RAM-challenged, older E72 than on the 2011 E7 - go figure. In fact, the game arguably plays a tiny bit too fast on the E7 - I found (for my tired old eyes and reflexes) than the pacing on the VGA-screened E6 (supplying many of the screenshots below) was about perfect.

But the point remains - this one game title, from the same SIS installation file, as far as I can tell, runs equally smoothly on each device, adapting intelligently to landscape or portrait screens, to touch or keypad or keyboard controls. Very slick programming indeed and my hat off to the developers, Joyco. 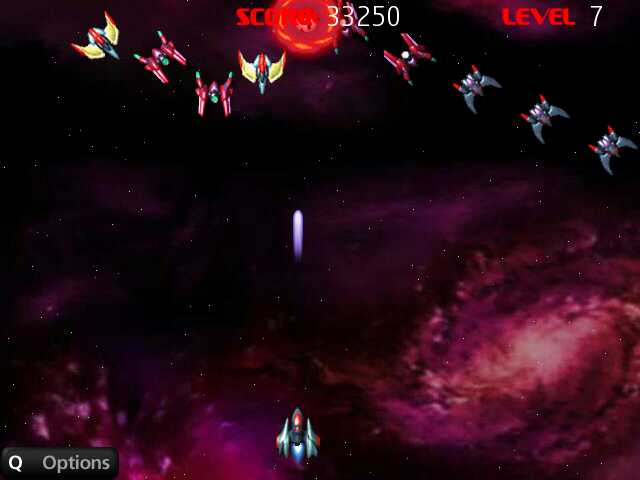 But back to the blasting. You've got a space ship with optional auto-fire (go on, you know you want to run with this turned on), you've got either d-pad or on-screen left/right buttons or a touch strip along the bottom of the screen (according to taste and device) and waves of aliens swoop up from stage left or right, gather in formation for a while and then peel off to attack you with missiles - classic Galaxian, perhaps mixed with a little of the sequel, Galaga. Red/red/yellow triplets can be blasted down for extra bonus points and there are occasional UFOs to shoot as well, though be warned, for these fire very fast return missiles. 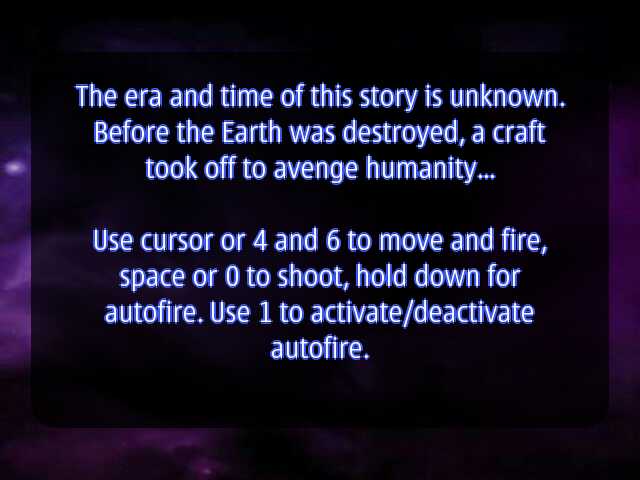 The opening instructions on a keypad/keyboarded device - touch-centric phones get a slightly different text...

In practice, winning at Galaxian was all about getting into a rhythm, predicting the curved swoops and missile paths, making sure you always had an escape route and making the most of every one of your own missiles. And it's very much the same here. The d-pad driven handsets have an advantage here, since this mimics the original game's joystick the best, but Galazer is playable on everything I tried, don't worry. Here's how the game looks on the Nokia E7/N8/C7/X7 etc. 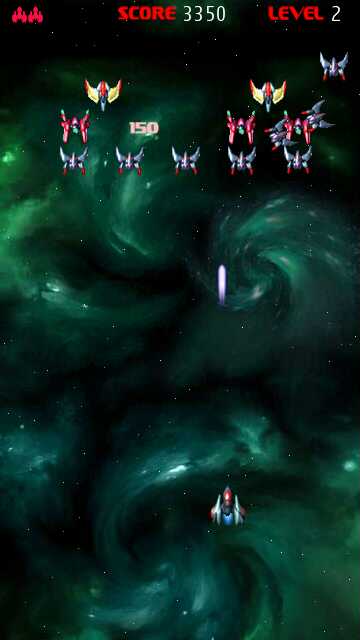 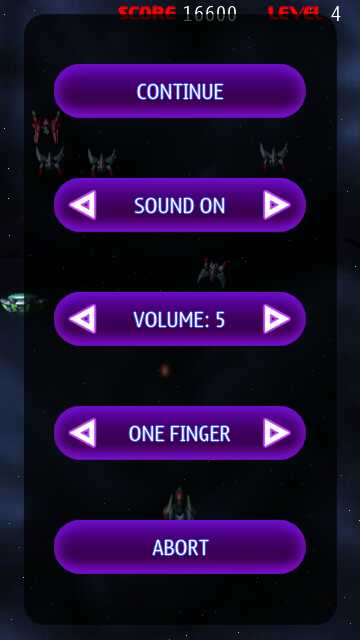 The space backgrounds are lovely, they vary according to level, there are parallax scrolling effects with the starfield, and the code's written tightly enough (in native Symbian C++) that the animation remains smooth and easy on the eye at all times: 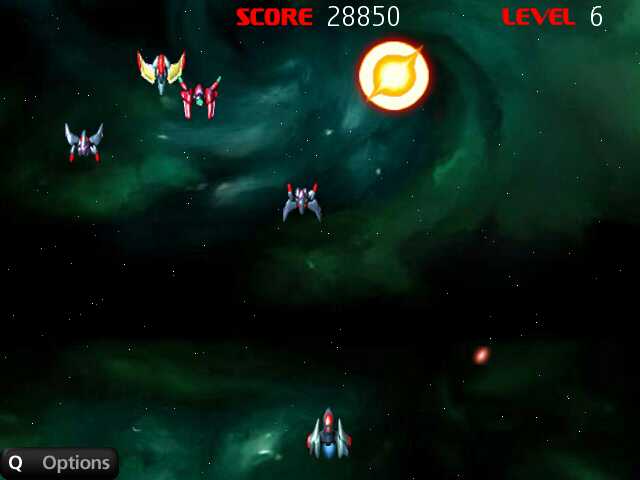 Add in a rather fabulous trancy digital music soundtrack, plus appropriate incidental explosions, and you have a winner. OK, Galazer is still something of a casual game and not something to play through over the course of days, but it's still fun, it's colourful, it sounds brilliant and it'll run on everything you have.

And that's not bad value for a quid. Buy it and then install it on all your old phones too - for a rainy day! 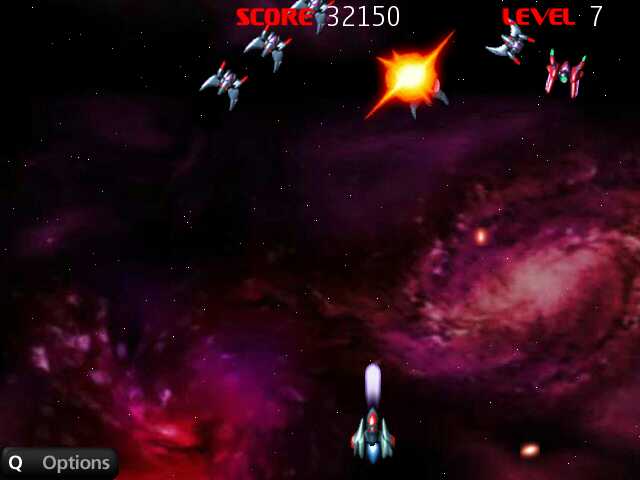 Steve Litchfield, All About Symbian, 2 April 2012