You may remember that I reviewed the rather limited HDR (High Dynamic Range) Photo Camera back at the start of the year, concluding that it was extremely limited in what it could do on the phone (not all its fault) but that it had vague possibilities in terms of gathering bracketed exposures for later HDR processing back on the desktop. And now we have HDR Pro Camera, from a different author - can it achieve better results, either on the phone or back on your PC? In short - not really, though as with the earlier application, the real limitations are in Symbian OS itself and in the amount of RAM available.

From the opening of the HDR Photo Camera review:

The idea of HDR is simple. Say you're shooting an outdoor scene and there are wildly differing light levels: bright sky, a building with details partly in shadow, and some foreground subject matter, such as a dog, a friend or a steam train or two. How is the auto-exposure software in your phone's camera to know what to do?

Now, as something of a self-confessed phone camera geek, I know that by adjusting the framing, focussing and exposing, and then re-framing again, I can expose for the detail I most want to bring out and then accept that other parts of the image may be 'blown out' or too dark. Wouldn't it be better, though, to have each part of the image exposed perfectly, so that all elements in your photo could be seen to best effect?

That's the goal of HDR photography. Essentially, the software aims to take three photographs, one after the other (about one per second on my N8), one with lower than usual exposure, one with higher, and one with normal exposure (this is often called 'bracketing'). Special algorithms are applied, in many ways analagous to the EDoF calculations done in the cameras of many Symbian^3 phones, to analyse the three images and produced an optimised 'best' photo, i.e. one with 'High Dynamic Range'. 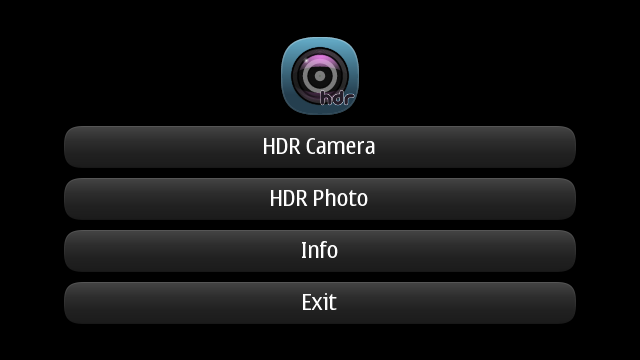 The modus operandi in HDR Pro Camera is the same: fire up the app, choose 'HDR Camera' from the opening menu and then, simply shoot the photo you want, using the normal camera shutter key and focussing, if appropriate. Oh, and remembering to stay as still as possible for the four seconds or so the bracketing process takes.

You then get shown a preview and given a chance to adjust the overall saturation and brightness, plus tweak the contrast and edge enhancement. All useful, though rather ultimately irrelevant, as we shall see. There's also the somewhat confusing option to 'Align pictures' - I'm guessing this would be unchecked for extra quality if shooting from a tripod? Plus the chance to increase the 'Number of iterations' (no idea on this one, seeing as the default and recommended value is '1'!) 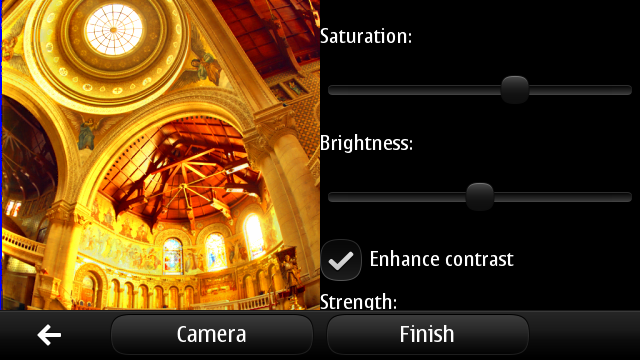 Rounding off a distinctly 'advanced' set of photo options, you can 'Stretch the contrast' (nope, still no idea) and adjust the 'Weight Saturation', 'Weight exposedness' and 'Weight contrast'. Hmm... a few too many options, even for photo geeks there, methinks.

Finally, tap on 'Finish' and Messages like 'Calculating blending parameters' start to pop up on screen, along with an overall percentage complete indicator. When done, there's the option to go back and try again or to upload the image to Facebook, Twitter, Flickr or Picasa - ten out of ten for social network support, in this case honed by the developer's other photo-related titles.

Whether you choose to upload or not, the three bracketing images and the resulting HDR version are all saved to your Photos library on the phone. And it's at this point that you discover that software-based HDR photography isn't that easy... or even possible, on the current Symbian devices, at least.

The biggest limitation is RAM, followed by processor speed. The developer recommends (in the HDR Pro Camera app itself) that you stick to 1600 x 1200 resolution photos, i.e. under 2 megapixels - in fact, even at this resolution (you can change it in Settings), HDR Pro Camera was regularly crashing on me at the 'Blending images' stage. I lowered my capture resolution to 1280 by 960 and voilà, no more crashes. But this is 1.2 megapixels - a paltry resolution in 2012, especially when you think that the N8 being used is capable of capturing ten times more detail.

Another byproduct of raising the capture resolution is that the processing time for HDR blending is dramatically extended. Still, if the final results are good enough, maybe even 1.2 megapixel images will do for social photos on Facebook and Twitpic? Well maybe - if they're good enough. I did three test HDR shots, in each case comparing the result to the raw (though scaled down for easy comparison) N8 images. Provided I was still enough, provided the algorithms were good enough, then perhaps there would still be value in this experiment?

The local park, half an hour before sunset, a wintry sky, some nice silhouettes and cloud detail. Here's the N8's 'raw', i.e. normal photo, scalled down for easy on-the-page comparison: 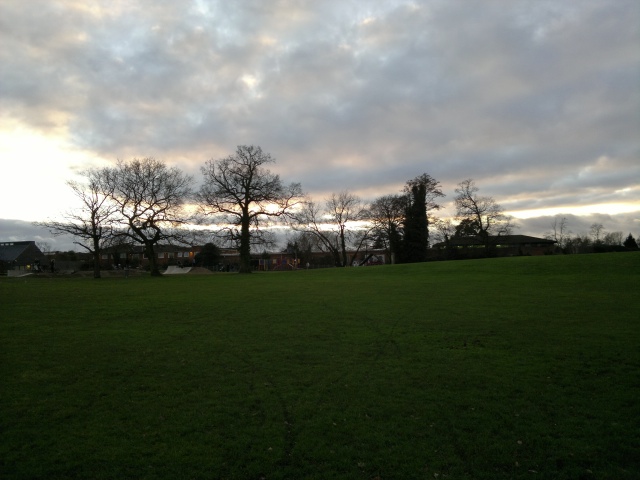 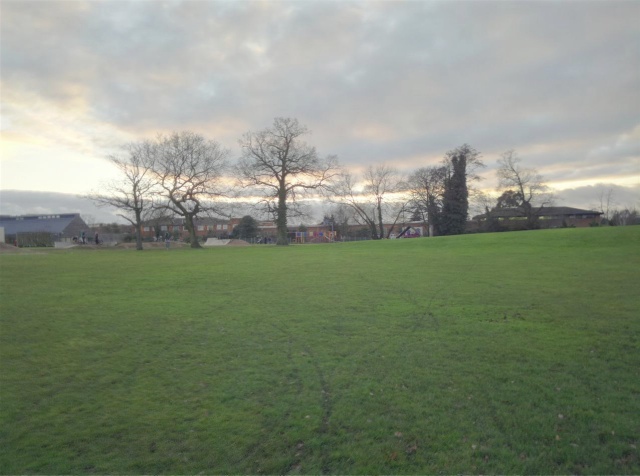 Although there's arguably a bit more detail in the foreground grass and buildings, the way that the HDR version is a bit washed out is disappointing. The plain N8 image is, on the whole, more satisfactory, even though there are dark regions.

A suburban scene, with the sun rising - a lovely sky but I knew the N8's raw image would leave much of the scene in silhouette and I wondered if HDR photography could help bring out a little foreground detail as well: 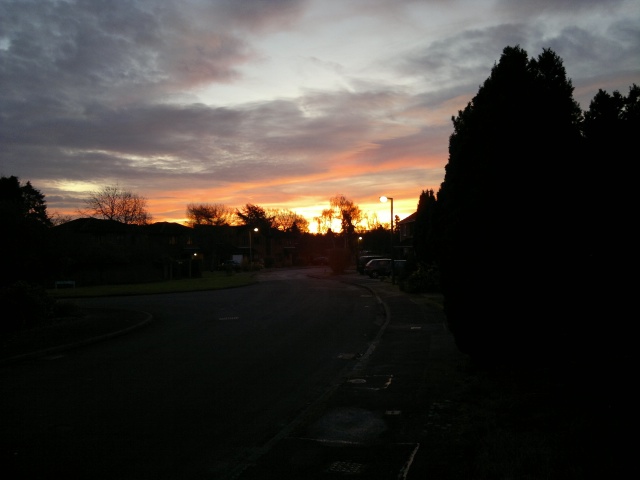 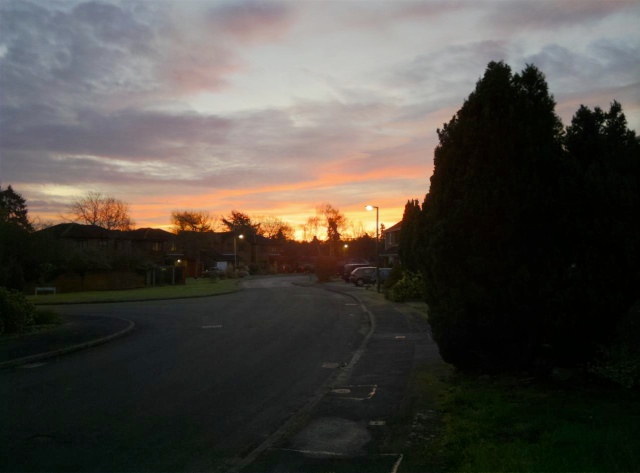 On the page, at this resolution, HDR Pro Camera does most of what it claims to do and there's clearly more detail and interest in the foreground. However, it loses just a bit of the drama and colour richness of the original scene in the process.

Noting that HDR Pro Camera does allow for focussing (not all HDR apps do) and even has a 'macro' range option, I lined up a toy in a fairly brightly lit window and tried this test shot: 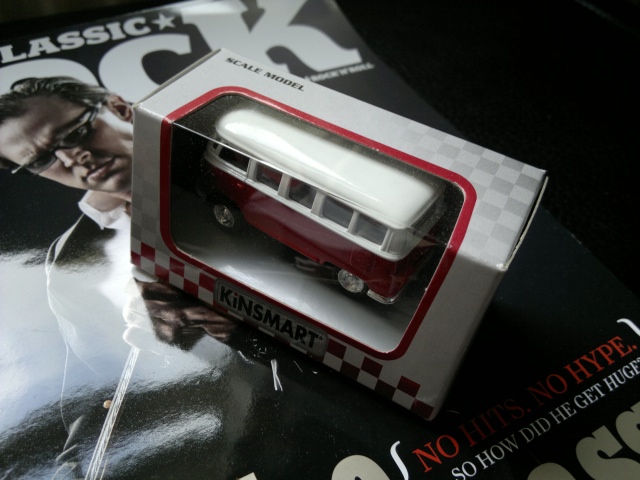 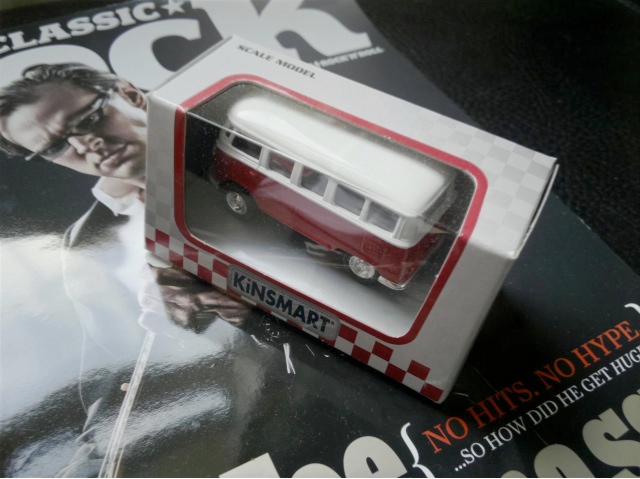 The loss in contrast here is quite apparent and, in this case, there's nothing seemingly to be gained from using HDR. The app does include a manual slider for 'contrast', as mentioned above, and if I was serious about HDR on the N8 I'd have a fiddle with this before hitting 'Finish'.

But I'm not. Serious, that is. Because HDR processing in software is absolutely not the way to go with camera phones. Far be it from me to be an i-fanboy, but the Apple iPhone 4S does it right, farming out the RAM and processor-intensive bracket photo combination to the phone's GPU (Graphics Processing Unit), with the result that full 8 megapixel HDR photos can be created in only a couple of seconds. Compare that to the very low resolution images produced in 60 seconds by this method on current Symbian hardware. The iPhone method is fast enough that you can almost leave it turned on and get the benefit for every shot, if required.

Even running HDR Pro Camera in 'Photo' mode, i.e. picking pre-captured images from your Photos gallery, is no go because your originals will be in 9 or 12 megapixel form and, again, there's no way to manipulate them in the application - you'd have to manually resize each down to 3 megapixels or less (so that's a good two dozen taps in all) and even then you'd be crossing your fingers and hoping that the processing 'went through' without interruption.

You'll remember that HDR Photo Camera was saved a little by being able to bracket photos at full 12 megapixel resolution even though it couldn't process them directly, i.e. work could be done on them back on the desktop? HDR Pro Camera is limited to 3 megapixel images (i.e. it can capture these, even if it can't process them without crashing), which is disappointing, but it claws back score points by the sheer number of options and settings. In addition to the deluge of things to tweak at the 'Blend' stage (see above), you can set the 'Exposure' and 'ISO' of each of the three bracket shots independently, even saving sets of presets as named profiles on disk, for reloading later. 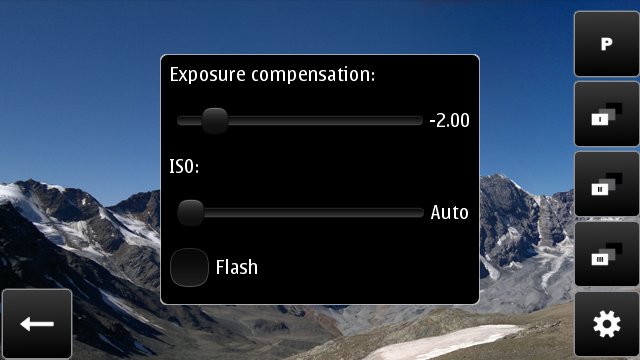 You can also turn on 'Macro' capture (as mentioned above and shown below) and set a short delay before bracketing starts. This is, presumably, to allow the phone to steady itself after the initial screen tap or shutter button push - keeping still is critical for good HDR shots! Plus you can change where photos get saved and what they get called, with suitable date and time wildcards. 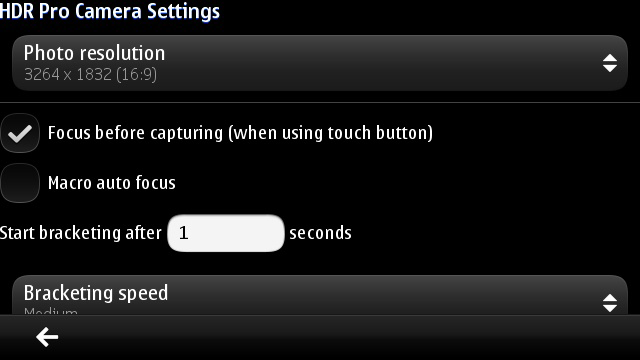 I'm torn with HDR, to be honest. Trying to combine bracketed shots on the phone, as here, is something of a resource disaster, having to combine shots later on the desktop is a bit of a pain - handling everything in a powerful graphics chip on the camera phone is a far better technique (e.g. on the iPhone 4S). The developer does point out that HDR Pro Camera runs far more powerfully on the Nokia N9 (running MeeGo), with more RAM to spare, meaning that much higher resolution shots can be processed. Here's an example of HDR Pro Camera output from the N9 (running in 'picture' mode based on source images from an N8, so strictly a 'best case' scenario!), click through for the full resultant image: 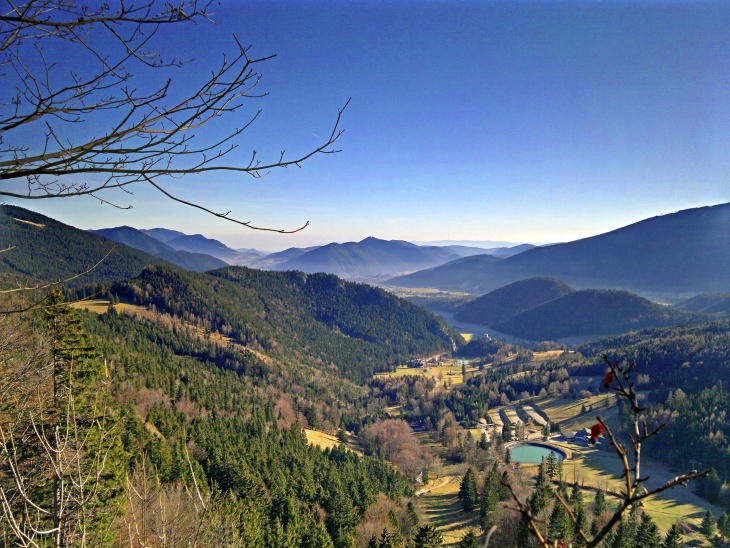 Pretty impressive and shows what can be done though...

With the caveats and limitations above, HDR is still no more than a novelty on Symbian. No access to the phone's GPU means crippling speed and resolution limits. Will there be a next generation of Symbian hardware on which this sort of software can shine - who knows?

Steve Litchfield, All About Symbian, 13 January 2012