Bounce It! is an interesting title. Coming from Hyperkani Games, it’s one of the new breed of games that relies on advertising to make the developers some money. That makes it free and initially appealing to people browsing the Ovi Store. And while the game itself, while not an out and out success, is nicely diverting, you’re going to get frustrated with the adverts long before you finish the game (or you could switch to the paid version).

Let's start with the frustration of the free version, which is financed by advertising. The banners pop up at the bottom of the screen at almost every instance as an in-game menu dialog is required. You’ll be hitting the “skip” button in an almost pavlovian response to the small banner in the big white box. I know that developers need to be paid, but this approach seems to be forgetting that this need to be balanced against the desires of the users.

On with the game, though. Bounce It! is at heart a platform game. You have to steer the rubber bouncing ball from where it starts to the exit hole on the level. It’s a single screen to each level, with gravity pulling you down. 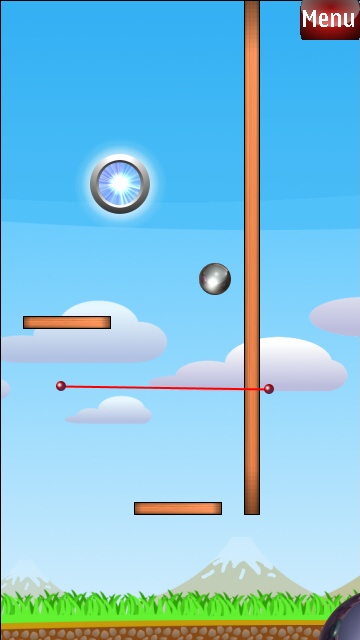 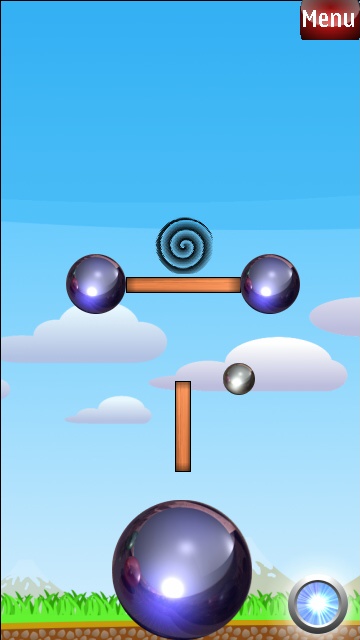 Unlike the Nokia “Bounce” games (although this is a red ball, and has Bounce in the name, there’s no relation between Hyperkani’s efforts to Nokia’s loose franchise) you have no direct control over the ball. All you can do is draw a line on the screen, which the ball can bounce off – it also gives a little bit more speed to the ball – and through the careful use of an angled platform you move the ball around the screen, past the platforms, avoiding the whirlpools, and into the exit hole.

Swiping the screen to draw the platforms is a simple matter, so in terms of control this is literally pick up and play. The level design is sparse, but you can’t do much when you’re restricting the gameplay to one screen. At the same time, that restriction is what makes the game very fast to play, and good for playing on the move. The speed also means you can get through a number of levels before it gets boring.

I also love that at the end of every level you’re given a note on how many moves (drawing of platforms) you made, and also the target for the level – which for the first few levels is set at one but does go up as the game continues. Do well and you can get up to five stars awarded [Angry Birds-style - Ed]. Spread over the 75 levels and getting five stars in everything is pretty challenging and provides the main thurst to keep playing the game. 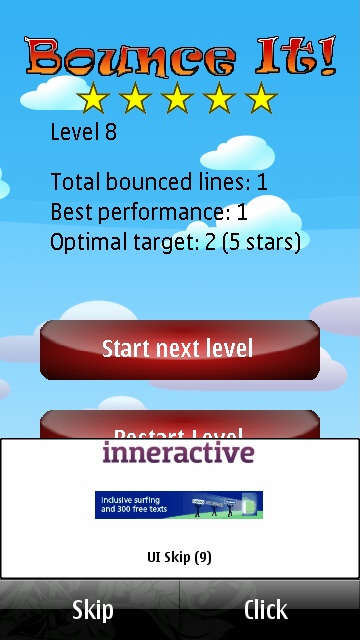 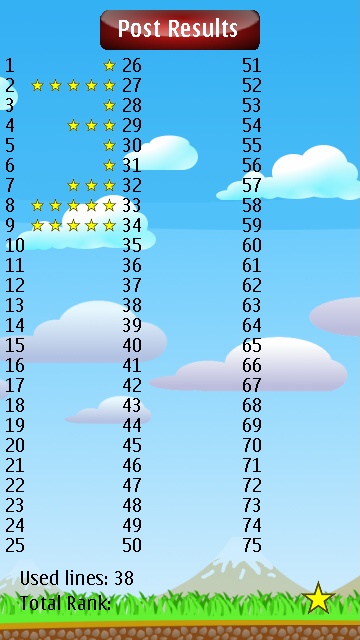 Bounce It! is a platform game with a subtle twist and does provide a nice challenge. It’s also clear that many developers, including Hyperkani, are working out the best way to monetise their apps – some are looking at the pay per download, others at advertising. With Bounce It! available in both free and paid for versions, it would be interesting to see the respective download figures and how long people play on each version.

Worth a look? Yes. Is it going to stay on your phone? That’s harder to say, and something that can only be judged in time. The game is worthwhile, but it is hampered by the advertising, so if you like it, I'd upgrade to the paid for version as soon as possible so frustration doesn't set in!