Wednesday morning sees the start of the S60 Summit in Barcelona, with Rafe and Ewan in attendance, more from them as it happens. See below, though, for photos and information on so-new-it's-almost-vapour Nokia N100 - the ultimate S60 smartphone? Plus my thoughts on Nokia's design strategies - maybe some of these will be taken on board by the manufacturers represented at the summit? 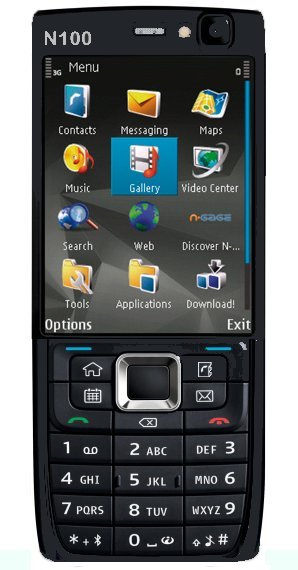 (OK, you've got me, this is a rather amateurish photoshop amalgam and can't be found in stores - so please don't email in! Read on for why I've pictured it...)

If there's one key theme that comes out of reviews of smartphones, over and over again, it's that every single design leaves something major out or has an obvious design flaw. For example:

And that's just a handful of the latest Nokia-branded devices, off the top of my head. I've used Nokia as an example, but every other smartphone maker gets it wrong too. Even Apple. Somehow, something always gets left out or mucked up. And it's not just me that keeps observing this.

So, with this in mind, I've turned on my imagination and produced the Nokia N100 - there is nothing unrealistic in the spec and design here, this is not intended to be a fanboy wishlist - I'm simply trying to combine existing highlights from Nokia's S60 smartphone range into one device, with no silly compromises or strange design decisions. In short, there is no reason why the (ahem) N100 couldn't exist today.

Here's the breakdown:   (Not actual size, by the way!) 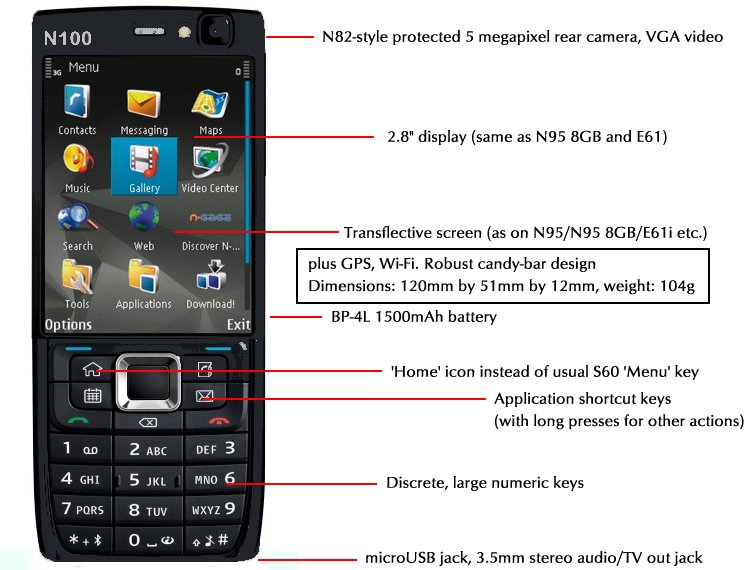 Some extra notes (working from the top of the diagram above):

Of, course, despite my eloquent(!) reasoning, you'll doubtless disagree with some of the above - in real life, there isn't one smartphone design that fits all. But my hope is that some of the S60 design teams present at the Barcelona summit get time to glance through this feature and ponder the N100...

Ideally, manufacturers would consult with, you know, real users, before finalising hardware designs. In this way, clunkers like the Nokia N93i (appalling screen and mike placement), Samsung i550 (appalling trackball control), Sony Ericsson P990i (appalling RAM spec) and Nokia N76 (appalling... err.... where do I start with this one?...) would never have been made and manufacturers would have saved themselves millions of dollars in development costs.