Yes, Nokia is keeping us waiting for Symbian Belle on our existing handsets, but there are a lot of chess pieces to position beforehand - this is a major OS release and will almost certainly require handling via flashing from a desktop computer. In parallel to the (slower) formal releases of Nokia Suite for Windows, there's a stream of betas being released via Nokia Beta Labs. The latest, v3.3.84, includes specific improvements to help make Nokia Belle updates "smoother". No doubt this will evolve into a formal release at some point, but if you want to live on the bleeding edge then grab the new beta here. 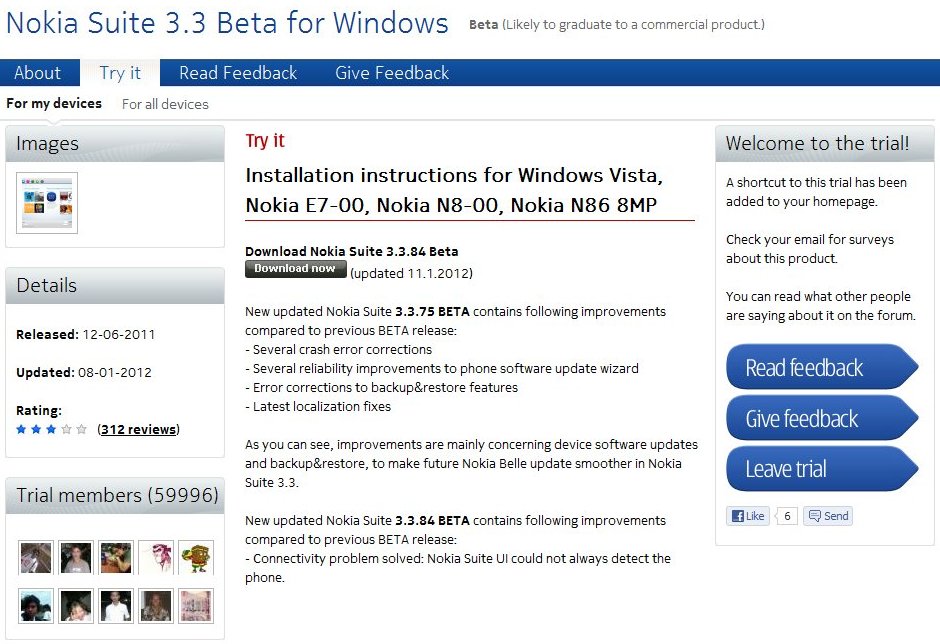 As you can see, improvements are mainly concerning device software updates and backup&restore, to make future Nokia Belle update smoother in Nokia Suite 3.3.

In addition, a major annoyance for many has been fixed: the previous release version kept popping up 'Could not find driver for CDC device' (or similar) errors. These are now banished, thankfully.

It's not clear yet whether this new v3.3 release will be required to handle the Belle update process, but it's a good bet, so why not get a headstart? And, if you hit problems, be sure to let the Nokia Suite team know.