Yesterday Nokia released Qt Quick components 1.0 for Symbian, a UI component (widget) set for Qt Quick application developers and designers. The set provides a ready made set of QML based UI building blocks, that are designed to have the same look and feel as the standard (native) UI. The 40+ components cover the major UI elements including toolbars, buttons, sliders, lists, dialogs and many more.

The QML component should help give a more consistent look for QML based applications. Previously developers had to create their own UI elements for use in Qt and QML applications. Having a set of ready-to-go UI components will therefore speed up development timescales and reduce overall costs. 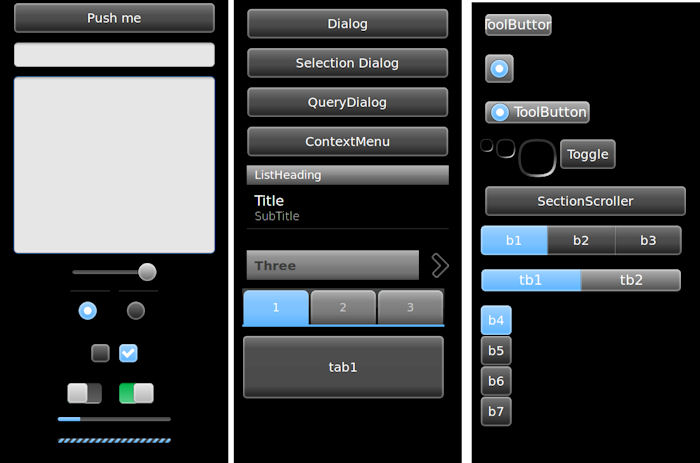 Qt component are also available for Nokia's Harmattan platform (used by the N9) and will no doubt play a vital role in Nokia's strategy of using Qt to 'bring application to next billion users'. An important part of the appeal of Qt is its cross platform portability and this is reflected in Qt Quick components.

Part of the promise of Qt Quick components is that they will provide native look and feel. In the case of the Symbian release this is targeted at Symbian Belle, the next major update to the platform. Although Nokia have not yet formally announced Symbian Belle, it is set to bring a number of significant UI changes, with the key changes set to include a deprecation of the Options menu driven interface (replaced by a bottom toolbar), a thinner status bar and a pull down notifications area. The example applications, created using Qt Quick components for Symbian and shown in the screenshots below, offer an example of the first two of these changes. 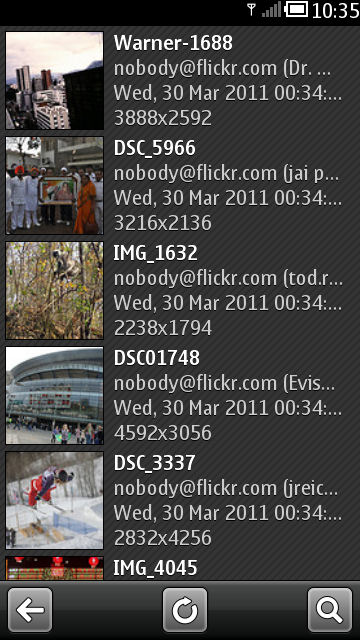 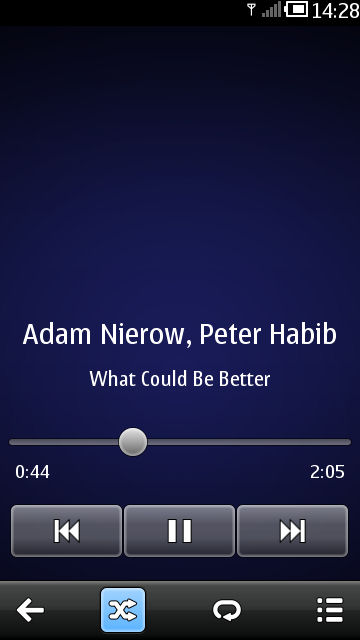 Applications built using Qt Quick components 1.0 for Symbian are already being accepted by the Ovi Store submission process. The Smart Installer will ensure that the components are downloaded and installed on to a users device if necessary. Below are some screenshots, from the example applications, which show how the components can be used to build an attractive looking application.

Qt Quick components 1.0 for Symbian is available as an update for the Qt SDK and can be obtained via the SDK's Maintenance tool in Qt Creator (Help -> Start Updater). Examples are available in the SDK (or here) and full documentation is available here. The components for Symbian and Harmattan are being developed in the open in this public repository.

More information is available on the Qt Labs blog.