A new firmware for the Nokia N97 mini, version 30.0.004, is now available OTA (17MB) or via Nokia Software Updater (Ovi Suite). This is part of the series of updates to older devices that Nokia announced last week. Updates include a new version of the browser (7.3, the same as that shipping with Symbian Anna), updated Maps (3.6) and emoticon support in Messaging.

The N97 mini also receives a number of other changes, including updates to the Mail application and other built in applications, and performance and stability improvements. Applications now open more quickly and the UI is smoother when browsing through long lists (e.g. in Photos, Mail and Music player). 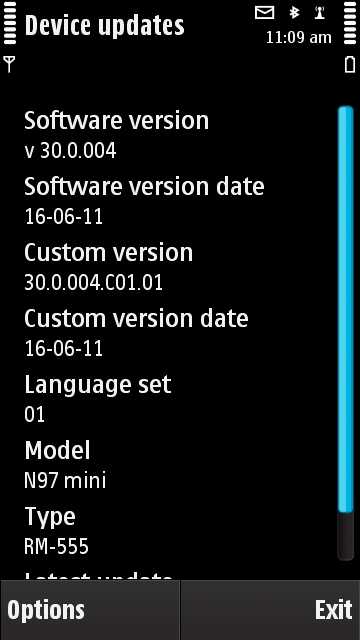 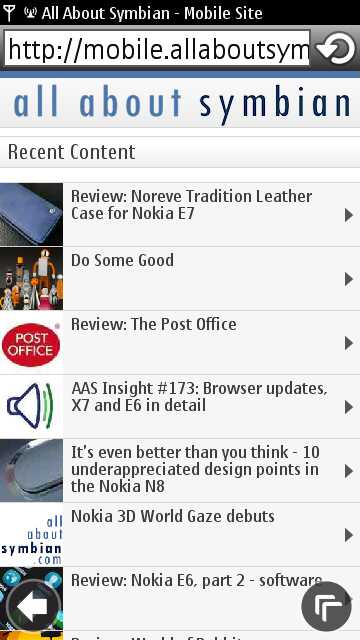 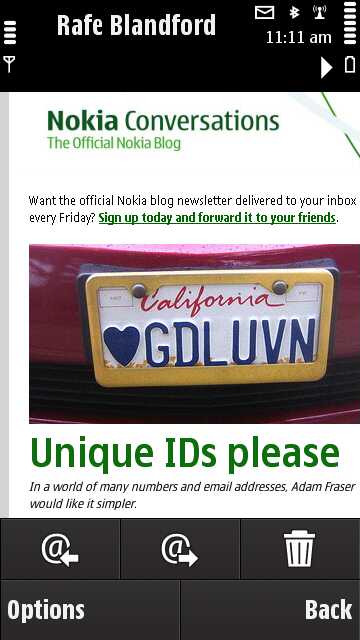 The most important update is the new version of the Web application, which significantly improves the web browsing experience. We described the browser update in our original post here:

S60 5th Edition devices receive an update to version 7.3.1.26 of the Web application. This is the same version that ships with Symbian Anna and includes updates to both the rendering engine (WebKit) and the UI of the the application.

The new UI is more intuitive and is less clunky that the previous version. An address / search bar sits at the top of every page, but is also available, at any time, by tapping or swiping down from the top of the screen. At the bottom of the screen, two floating buttons, on either side of the screen, give access to navigation ('back') and additional browser functions. One notable new feature is the ability to open a new browser window on demand, effectively giving multi-tab-like support to the browser.

Web standard support is also improved with initial (basic) support for HTML 5, expanded support for CSS 3, and JavaScript 1.8. A good illustration of how this improves the browsing experience is that these updates mean that AAS's (Disqus) JavaScript based commenting system now works on these devices. Support for International Domain Names (IDNs) and also support for non-ASCII letters such as Arabic or Chinese is also added. Nokia Developer provides a technical overview of the update here.