Asri Al Baker from i-symbian.com and friend of All About Symbian has been at it again with his Web Run-Time Widgets! This time, he has broken away from the Google world and treated us to a launcher for Facebook Touch. For those who don't know, http://touch.facebook.com offers a variant of Facebook optmised for finger-driven mobile browsers. As said previously, there's nothing stopping users from just adding a bookmark to their browser, but these WRT Widgets offer the benefit of an identifiable icon in both the application menu and home screen shortcuts.

As ever, Asri is looking for feedback, so please let him know your findings via the comments on i-symbian.com or here at All About Symbian. Asri reports that he hasn't tested this widget on a non-touch device. However, I have tested the widget on both a C7 and the quite definitely non-touch E72 and the widget works as it should on both devices. 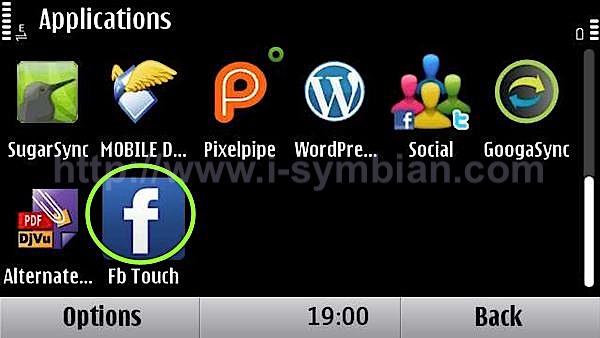 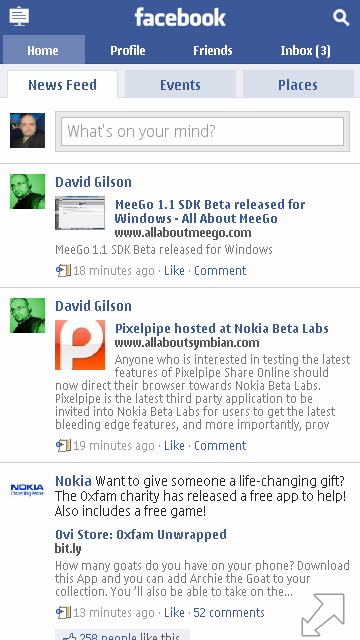 David Gilson for All About Symbian, 17th December 2010