Folders make a comeback on other platforms - shock, was Nokia right?

[sarcasm alert] I had to chuckle when I saw this blog post on one of my favourite sites about a third party extension to Android, enabling - shock, horror, amazement - folders, to organise one's applications. Maybe the developers are copying Apple, who famously added folders for applications earlier this year in their fourth iteration of the iPhone OS? That must be it. They couldn't possibly be copying what Nokia and Symbian has had since (ahem) 2002, eight years ago, could they? See below for the appropriate Android 'Folder Organizer' screenshots... 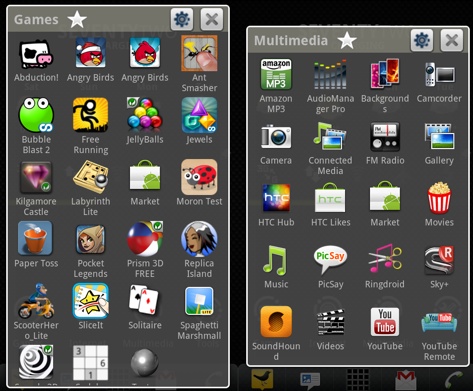 As Ewan has often pointed out here on AAS, there are quite a few UI concepts in which Symbian and Nokia have actually led the way - it's not all one way traffic in terms of UI criticism, you know...

And it should also be noted that the above is just a third party app - native Android (for all its other wonders) still uses a massive, non-optional alphabeticised list for when you want to start an app that you haven't already got a homescreen shortcut or widget for.