Following on from my initial review of Pixelpipe's Send and Share client, I met their CEO, Brett Butterfield, at Nokia World 2010 to find out what was new. Send and Share has had some significant additions that all add together to make the application even more convenient to use.

While at Nokia World 2010 I saw version 1.01 of Pixelpipe Send and Share in action. Two of the new features addressed minor complaints I made in my review of the 1.00 release. First of all, there is now a graphical interface to select tags. This is called the Tag Cache, and as the name implies, it compiles a list of previously used tags. Rather than typing in the tag box, the user simply taps (or presses select on non-touch phones), which then brings up a check-list. Another helpful feature is that Send and Share no longer has to run constantly in the background. Instead, the application is called whenever someone selects Pixelpipe from the phone's send menu, and there is a menu option to have the application close itself after all uploads are completed too. 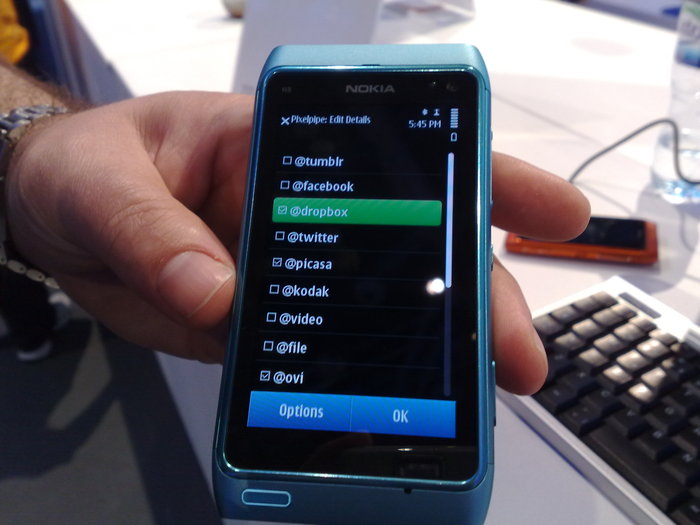 The Send and Share application frame work (built with Qt) was developed so as to also allow for plugin development. The first of which was a plugin was called "QtPost", which Brett demonstrated for me. Through this plugin, which has its own application icon, users can both post status updates, and write long-form blog posts to any blogging platform supported by Pixelpipe. Thanks being written in Qt, text-edit boxes in QtPost's UI can automatically expand to fit the volume of text being entered. This looks to be a great no-fuss way for mobile users to publish content on the move; and thanks to its low system demands, it will work just as well on legacy S60 devices as well as the latest Symbian^3 flagships. 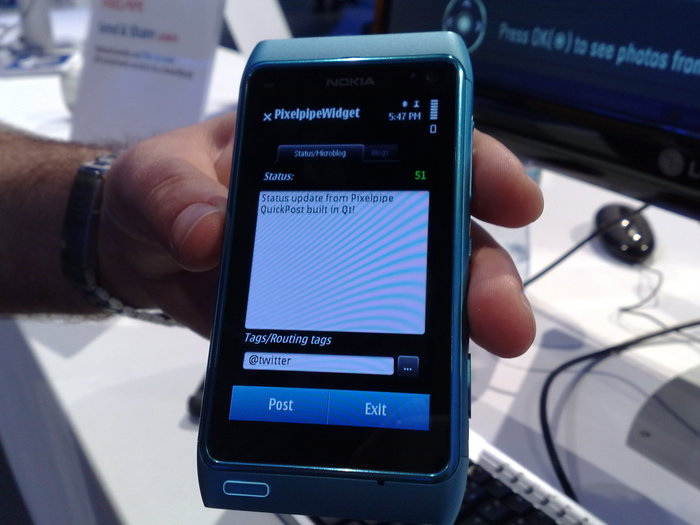 In addition, handling of geo-location based posts for Twitter and Foursquare have been improved. If a user selects a place from Ovi Maps without adding their own status update, the place name will now be used for the status update text.

Pixelpipe Send and Share is being actively developed - new features and plugins are coming out at a steady pace. If you'd like to beta test for Pixelpipe to get the new plugins first, contact them via Twitter, @Pixelpipe.

David Gilson for All About Symbian, 30th September 2010