The grass is rarely greener on the other side... but sometimes a different colour altogether!

Never more than in the last year or so, smartphone enthusiasts have been decrying Symbian and advocating switching to an Android smartphone or Apple iPhone. "Enough is enough" they cry, "I'll be able to do so much more if I switch!". Errr... no. Not really. Having used many Android phones and having been using the iPhone and other iOS devices over the last two years, I've come to the conclusion that the grass really isn't greener on the other side of the fence - it's just a different colour altogether.

To illustrate what I mean, take my daughter, who has been lusting after an Apple iPhone (I know, I know) for the last 2 years. Finally there came an appropriate time to snag her a second hand iPhone 3G from eBay and she was delighted. You'll know all the iPhone's strengths, of course - great app store, some superlative games running at very high frame rates, 'super-intuitive' interface with capacitive touch from day one. And, of course, Apple's brand name and cachet. The latter possibly being the main reason why my daughter wanted the device in the first place.

Anyway, a day or so after getting the iPhone and over the initial 'install as many apps as possible and try out 50 different wallpapers' phase, she came to me and said: 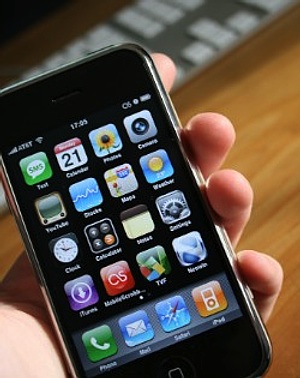 "Daddy, how can I beam my contacts from my old Nokia (an E63, if you've been keeping track) to the iPhone?"

"You can't. It's an iPhone." I replied, perhaps somewhat brusquely and snobbishly, but hey, I was having a bad day....

She then set about manually inputting her dozen friends and family numbers and seemed happy again. Two hours later, and with a friend round:

"Daddy, how can I send these photos I've taken to my friend's phone?"

Which is not 100% true, because I guess she could have jumped through hoops to set up an email account for her friend, configure her Gmail on the iPhone and then sit there emailing the photos over the 'net. To her friend sat beside her on the sofa. But coming from a world where every phone can Bluetooth contacts, photos and music files instantly to any other phone in the same room, hitting the function-limited world of iPhone connectivity was a bit of a shock.

Two hours further on and:

"Daddy, the iPhone won't go online - I can't get to the app store."

"That's because it's an iPhone. It doesn't like our Wi-Fi very much."

You see, despite multiple router upgrades to my kit (a Linksys Wireless G), our iPod Touch, iPad and iPhone all show the same behaviour - without warning they'll simply stop connecting and the router will have to be rebooted. After which they'll all work happily for a few more days or weeks. The thing is - NONE of my other Wi-Fi-capable devices have the same issue. Nokia, Sony Ericsson, Motorola, Samsung phones, various laptops, all work seamlessly and continuously, even after the Apple devices tell the user that the Internet is effectively 'down'.

The next day, with things going along somewhat more smoothly, we're driving off to visit family and, from the back seat, comes:

"Daddy, the iPhone won't do anything. I've tried pressing all the buttons. How do I take the battery out?" (this, seemingly, being the fix for just about everything in the modern age!)

After shouting instructions from the driver's seat about pressing and holding the sleep button for ten seconds and getting nowhere, I pulled over at a lay-by and worked my magic. Deep in the recesses of my brain was a 'trick': press and hold both the power button AND the home button for ten seconds. And hey presto, the iPhone sprang into life, booting up from scratch. I tell you, I'm goooood. 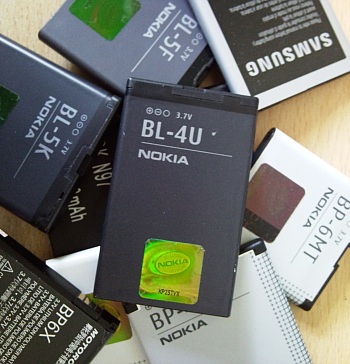 But again, it points to a fundamental weakness of this closed hardware design (and one which some of the recent Nokia releases will fall foul of) - it's almost a given that if a phone grinds to a halt, for whatever reason, not responding to presses of the power key, then you take the battery out and let it boot up again. Not on the iPhone, at least.

All of which has a second implication:

"Daddy, my iPhone's telling me the battery is about to run out. But I'm just about to go out and I really need it!"

"Tough cookie. It's an iPhone." Well, that's what I should have said. I'm actually a more loving father than that.

"Sorry, love. You should have thought of that and charged it last night." Well, it was a little more diplomatic, I thought. Again, if, like every other phone I've ever owned, the battery just popped out, I'd have swapped in a fully charged replacement (I seem to have one of every battery here now, for Nokias, Samsungs and Motorolas!) and off she'd have gone, happy. Sigh.

As I write this piece, a friend called me up over iChat from her Mac. Moving from a Nokia N97 to a new iPhone, she was puzzled about how to get her Office documents from the N97 to her new acquisition.

"You can't. Not in the same way, at least. It's an iPhone." With no file system to speak of, any apps which manipulate documents under iOS have to either hand-hold users through a Wi-fi transfer and then rely on keeping documents locked in their own file stores - or simply work 'online', with your documents stored on the Internet. It's a far cry from a 'traditional' PDA/smartphone with a FAT file system that just about anything can read or work with.

As I said earlier, the iPhone does have some superb positives and I still rate the iPhone 4 just about the best phone in the world, overall (though it's also just about the most expensive, which shouldn't be forgotten). But please don't tell me that the world of iPhone is unilaterally superior and that the grass is both 'magical' and a richer (and more intuitive) shade of green. It's just not true. Maybe, the grass on the other side is white? After all, this is Apple we're talking about!

"But", I hear the real geeks reading this shouting, "What about Android? You get a modern mobile OS, great hardware and no UI klunkiness. It really is miles better!"

Nope, I'm not buying that either. I'm now on my tenth trial Android smartphone in just over a year and have experienced everything from the sketchy early versions (e.g. v1.5) to the latest v2.1 and v2.2, from vanilla Android right up the most heavily customised UIs like HTC's Sense. I've tried small devices, large devices, plastic ones, metal ones and I'm still not convinced that Android offers a shade of grass that is any lusher than that in the Symbian paddock.

There's no doubting some of the things that Android has got right - the memory management of the OS is first class and it's very rare to get error messages, even when things get desperate. And the UI of the homescreen, with all the lovely easy-to-add-to widgets and pull-down notifications bar, is utterly without peer. But the pull-up, uncustomisable list of installed applications is horrible. The lack of any kind of standard for what the 'menu' shortcut does in any particular application is inexcusable.

Then there's the way Android just exists to go online and as a result drains your battery faster than you can say "Now where did I leave my charger?" - the only solution is to be geeky enough to know about a little third party utility called APNdroid, which 'hacks' your Access Point Name by putting extra characters in it, thereby stopping cellular data working - you then use the utility again to toggle the APN and data access back on again when needed. It's an archetypal kludge.

Greener grass in the Android world? Certainly the world is more green, thanks to the famous little Android robot, but I think you'll find the grass itself is blue. 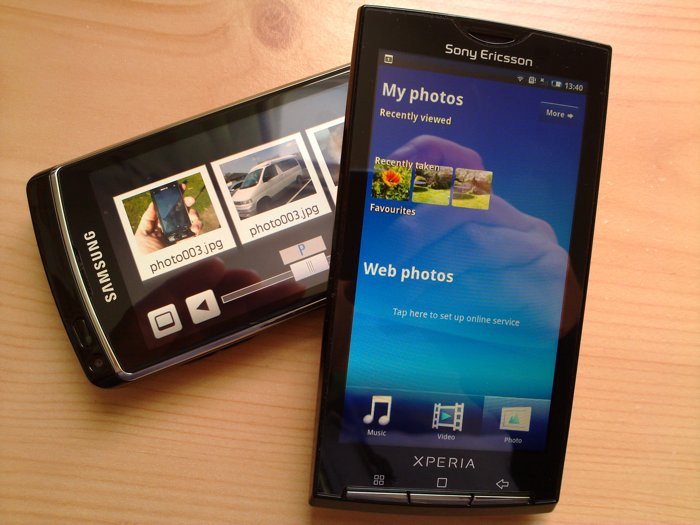 Which leaves us in the Symbian world munching on our original (green) grass which is, in places, a little patchy and soiled - though there's still plenty to eat. And the farmer's coming along next month with his new S^3 tractor to spread on a load of fertiliser and new grass seed.

You'll remember I wrote an essay recently on My Top 10 Reasons for Staying with Symbian? Summarising it briefly, and in answer to both my daughter's new iPhone passion and the hardened Android fan's zeal, I continue to munch the Symbian grass because:

You're reading this article on All About Symbian, of course. We're probably going to recommend the grass over on this side of the fence simply because it's, well, our side of the fence. But with other 'hats' on, all the team members - and, perhaps, especially me, have extensive knowledge of iPhone and Android, and yet each of us steadfastedly continue to use and (usually) recommend Symbian-powered smartphones.

There's an app a reason for that. In fact, several. 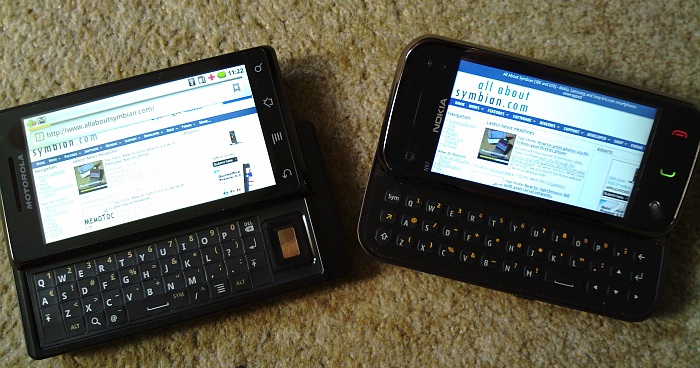 Filed: Home > News > The grass is rarely greener on the other side... but sometimes a different colour altogether!