Having been a smartphone owner for longer than most, I suspect, as an All About Symbian reader, you'll be very used to the daily routines of charging and power management. Even with some of Nokia's S60 devices (think 6650, E71, E52, E55, E72) running happily for several days at a time on a charge, the reality is that (especially when talking about large screened touch-driven devices) most of us need to charge every night. Or suffer the consequences. Acceptable for us, this requirement is something of a deal breaker for many 'normobs', those for whom mobile technology is merely a tool and not something they're prepared to nurse maid through the week....

Maybe it's just me and my family. When my daughter's or my wife's phones run out of power, it's usually just before we head out somewhere.

This is the point at which I nag them "So why didn't you stick it on charge last night?" They accept the criticism with good grace but it never seems to alter their behaviour, since the same happens week after week, with no sign of any learning going on. Their smartphone (E63 and E51 respectively) simply isn't important enough in their lives that they give it a moment's thought until they actually need to go somewhere.

Of course, as the family 'system manager', I have a strategy for keeping them happy - I've simply bought spare batteries for their phones and keep the spares charged up on my Momax Mains Battery Charger. But it's not an ideal situation.

And, if I'm honest, I can absolutely sympathise with my family. Two or three times a week I head out myself and realise that I'd forgotten to put my N86 on charge the previous evening. Mea culpa. Which is why (ahem) I've also got a spare battery for my own phone! 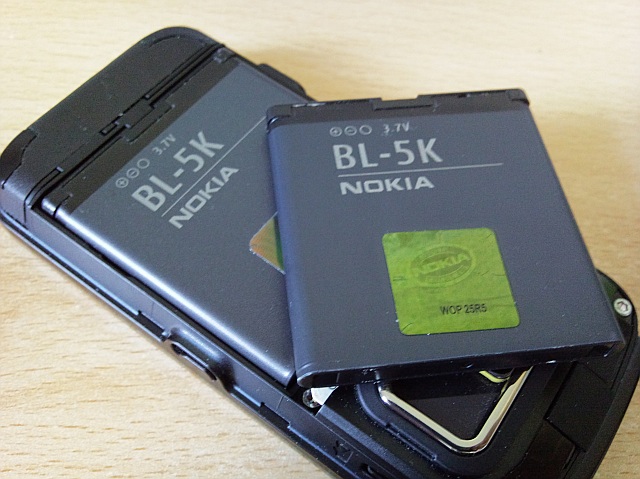 Now, with Symbian OS and S60 3rd Edition, all these phones have decent battery life, lasting a couple of days of my use and three or four of my family's (fairly light) use. But these devices aren't typical of the 2009/2010 breed.

As we've mused many a time on All About Symbian, battery technologies (or perhaps the very laws of physics themelves) aren't keeping up with the rest of the smartphone world. Whereas a 1200mAh cell is fine for keeping the N86's 2.6" QVGA screen and slowish processor going throughout normal use for a couple of days, it's right on the limit for keeping the 3.5" nHD screen and fast processor going on the Nokia N8, for example. And even a 1500mAh battery isn't enough for most of these new 4" screened Android-powered heavyweight smartphones, most of which run a risk of running out of power before the end of day one.

Which is my point. Swapping out spare batteries isn't a typical mainstream solution, however clever I might think my arrangement is. Out in the real world, with smartphones trying to break into the public consciousness in a big way, a battery life of "a day" simply isn't good enough. There's not enough leeway for people forgetting to charge their devices. A user forgets to do it one time and awakes to a dead large-screened high tech smartphone brick and is then destined to spend the entire day trying to trickle power into their phone where and when they can - or simply leaving the thing at home, disgusted, and breaking out their old feature phone from a drawer - which probably still has power in its battery from when this happened last month.

There are no shortage of docks for the various smartphones, you'd think that one of these by the bedside would be enough. But they haven't sold in huge numbers. We're just starting to see the first wireless charging solutions, exemplified by the Palm Pre, where you can (in theory) simply place the phone on your (bedside) charging surface and it'll start soaking up charge, inductively. Maybe this will take off - if manufacturers were to ship something like this in the box with every power hungry smartphone then there'd be a chance that normobs might embrace the new world of 2010 high-tech? 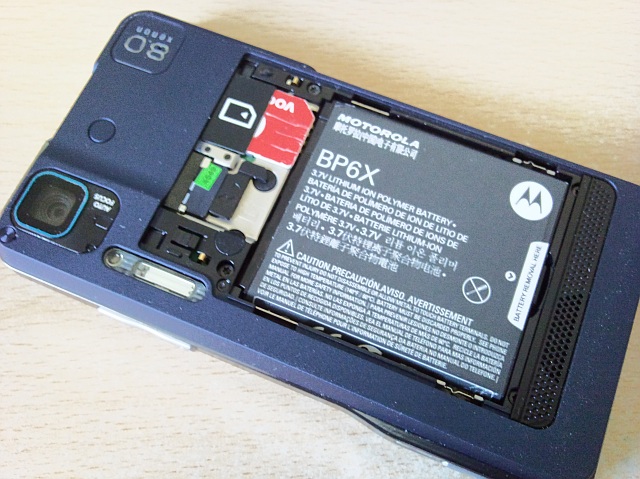 Ultimately though, what's needed are bigger batteries. It's all very well putting in (for example) a 4" high brightness screen and 1GHz processor, but the concept is wasted upon the wider world if the device can't make it through a day without something left for the next morning.

Such devices are typically trumpeted as being 'ultra-thin', as if this is a good thing. Call me old fashioned, but I like my devices nicely proportioned. A 4"-screened device that's 'only' 10mm thick is a 'fail' from me. It'll almost certainly mean that the manufacturer has skimped on the battery. For such a large device, in terms of plan area, why not take another 3mm, to round out the back a little and potentially double the volume taken up by the battery. Why the heck haven't we got 2000mAh batteries in our smartphones yet? Or even 2500mAh?

Yes, as I've said, this is a bigger problem for the Android world on the whole, with faster processors and (on the whole) larger displays, but several Nokia S60 5th Edition phones have seemed very under-resourced in terms of battery. The N97 mini springs to mind. And many people, including me, are eyeing up the non-replaceable 1200mAh battery in the upcoming N8 with some trepidation.

Ultimately, this isn't about me or those reading this though. To return to my main point, to entice a normob into trying an advanced, highly converged smartphone, there absolutely has to be enough battery power under the hood for the device to forgive charging mistakes. For example, forgetting to plug the phone in at night, forgetting to flick the 'on' switch on the wall, not inserting the connector far enough, leaving the device running in a tight game process loop (in the background) overnight because they got interrupted halfway through a game. That sort of thing.

When I take a smartphone out for the day, I'm checking the battery bars every 30 mins, I'm managing running processes where needed, manually disconnecting orphaned data connections, plus I've probably got a spare battery or Proporta charger tucked away in my briefcase.

The normob will do none of these things. And they will be expecting it not to die if they don't get round to plugging it into a wall socket or USB socket that evening. There has to be more leeway in terms of battery capacity, more margin of error, in our devices, for them to be really useful for everyday folk.

It's telling that, returning to my wife and daughter again, they've ended up with the E51 and E63, two of Nokia's smartphones with the longest battery lives of all. Even without my intervention with occasional spare batteries and chargers, they thoroughly and utterly depend on the fact that - most of the time - when they pick up their phone, they'll know it's good to go. I'm not sure the same would be true of many 2010 spec smartphones....

Comments welcome, the phone manufacturers need to know that I and my family aren't the odd ones out here!

Steve Litchfield, All About Symbian, 2 Sept 2010