Some say he can light a fire in the wild just by staring. Some say his favourite food is sprouts. All we know is he's called Ewan Spence. Part 6 of a series of short videos from Ewan is embedded below, along with some of his 'diary' commentary, as part of his gaming and blogging spring trip to San Francisco (GDC) and Austin (SXSW). We set him a series of challenges (also known as a real world test of the Nokia 5230/Nokia Nuron), all delivered by the Stig. In part 6, Ewan answers all the questions that have been either emailed in or left in the comments for previous videos.

"And so the challenge draws to an end, and it's been a rather successful challenge as well. Going through your feedback, you've all been enjoying this series, watching me travel around the US with only a $250 budget to buy my smartphone, the SIM card, data plan, minutes, peripherals and third party applications.

I've answered some of your questions in the final video diary (along with introducing a potential new guest-star for some more videos...), but since recording the video I can now answer one more question, which was to do with using my purchased handset, the Nokia 5230, as a modem for my PC. One of the comments suggested I use Joikuspot to make a mobile hotspot with the 5230. Great idea, I thought, let's do that in the Austin-Bergstrom airport lounge.

Yes I know... I forget the 5230 doesn't have wifi. D'oh, although it does show how widespread the 3G data connection was during the trip that this was the one time I went looking for it.

Never fear though, because the Nokia PC suite can tether the phone as a modem, and has a database of network settings already built in. So one connection to PC Suite later and I was away, tethered to AT&T. Wow, this sucks up data! A twenty minute session of light browsing chewed through 6MB of my data plan - you may recall that I have purchased 100MB of data for $20 on the AT&T Go-phone. That compares with around 3MB a day with just the phone's needs, for browsing, social networking and various other online interactions. So yes it can be done, but watch the bandwidth needle wind down like an egg timer on the edge of a centrifuge.

I've been pleasantly surprised by the results of the challenge. I was expecting to have to be very severe on my use of data to keep within the 100MB. In fact I'm leaving Texas with 47MB of the plan left. Not bad for fourteen days, and if I had been out here for a month (the regular billing cycle) then I would be looking at 94MB used, as I would have avoided the tethered modem test.

To get the most of being online, I only had to install two applications – Opera Mini for more optimised browsing; and Gravity for social network interactions. Arguably the built in web browser could handle both of these, with some tweaked settings in the browser to stop image loading; and the mobile versions of sites such as Twitter and Foursquare. Out of the box I wouldn't be crippled, but these third party applications add a certain elegance to the solution, as well as reducing the bandwidth used, thanks to the Opera proxy service and Gravity's use of server side Gzip compression.

What was needed as a matter of urgency was a new theme for the phone. All the bundled themes on the 5230 are white text on a dark background, with various different colours for the cursor. Under the strong Texan sun that was almost unreadable.  I downloaded the Prestige Solace theme by T7 so I could switch to a black text on white background; this partially solved the problem of the reflective screen as long as I turned the phone to the mid-day shadow!

The underlying goal running through the three daily challenges, and the two week experiment itself, was to explore how well Symbian and S60 copes in the low tier handsets. With some shopping around the 5230 is available unlocked for under £75 and the US-badged Nuron likely around $140 on Amazon and Best Buy, unlocked and with no contract. That's phenomenal value, and if you go for a locked handset on a Pay As You Go plan, that price drops rapidly towards zero.

The biggest missing link, at least for power users, is the lack of Wifi. I can honestly say that on only one occasion did I miss Wifi, and that was in the aforementioned Joikuspot hiccup. Coverage in San Francisco and Austin was almost constant; I could get online and get the information that I wanted with ease; and the handset does everything that the larger and more attractive handsets like the X6 and the N97 mini will do with only two other notable compromises.

Following on from Wifi, the second issue is the on-board memory, or lack of. Without an SD card, the 5230's capabilities are limited. You can't load up music or video; you can't sideload maps; and you have limited space for third party applications. Even the small 2GB card I picked up freed me from these constraints.

The final worry is the camera, and I think that this comes down to a bit of European snobbery. A 2 megapixel camera, usch as the 5230, is in the same range as that on many higher priced iPhones and Windows Mobile devices. Yes, it's a step down from the Carl Zeiss lenses we've been spoiled by, but while the specification is roughly similar, Nokia's software makes up for the smaller sensors and fixed focus limits in the camera.

$250 in your pocket to buy a smartphone and all the bits that go with it for two weeks connectivity in America?

Easy. I managed it with five dollars to spare. Which is the exact price of a single malt on the flight home. Cheers!" 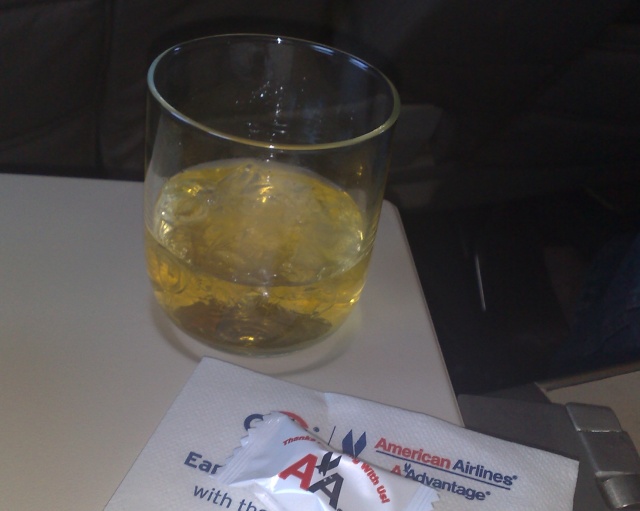