Tiny Planets is a popular application for Windows Phone which has now been backported to Symbian - it takes a photo and wraps it around a single point, creating, as the name suggests, tiny planets, themed around your original image.

From the AppList entry:

Easily convert your photos into Tiny Planets using a wide range of tools provided into this application.

Some screens of Tiny Planets in action: 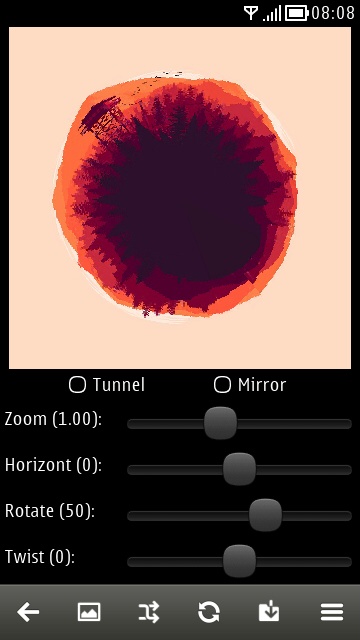 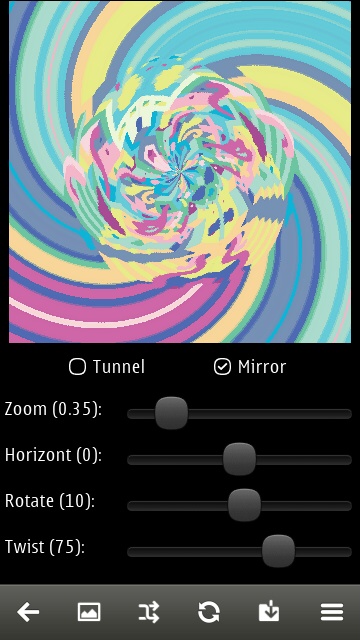