FastTube now free and freed from the Nokia Store... but last of the line?

Good news and bad news on the FastTube front. This popular YouTube video downloader/client has been updated - and seems to be completely free nowadays (grab it while you can, etc.). On the other hand, the opening screens within the application imply that there will be no more updates, i.e. to maintain compatibility with future YouTube changes. See below for full details.

Previously only available in the Nokia Store, FastTube has been set free and now exists for side loading via the developer's site here. The changelog for v3.1.0, over and above the last Nokia Store version, v3.0, is:

Bug fix to enable the playback of HQ/HQ videos

Both presumably after changes at YouTube's end. Of course, grabbing (or streaming) 720p/HQ/HD videos onto a Symbian device is a little pointless, since the displays themselves are only 360p, but maybe you want to archive a video for viewing later on, on a higher resolution device or system?

Here's a walkthough setting FastTube 3.1.0 up and using it: 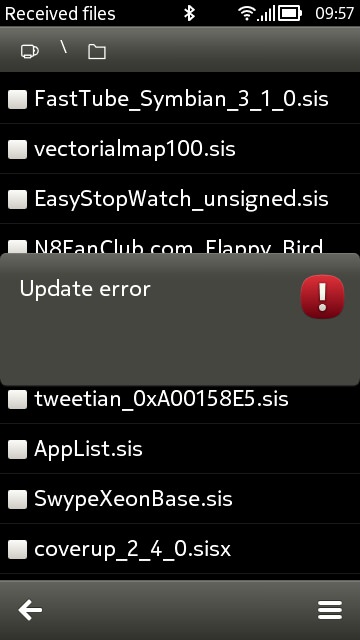 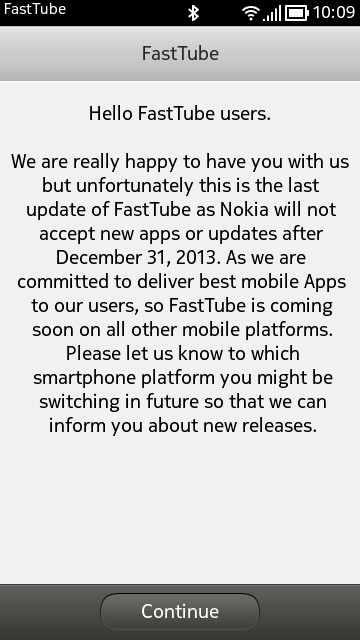 If you try and install v3.1.0 over the top of the old version, you'll get an 'Update error' - so remove any previous installation of FastTube first; (right) after launching v3.1.0 you get this message. 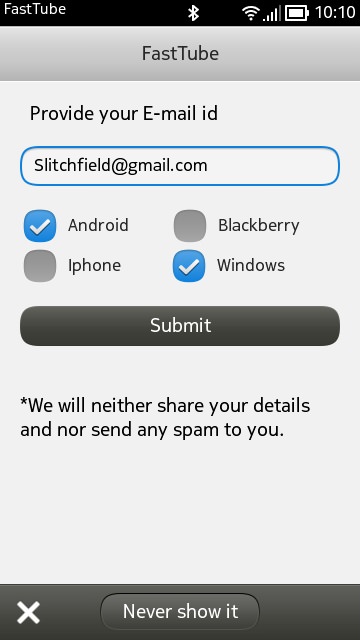 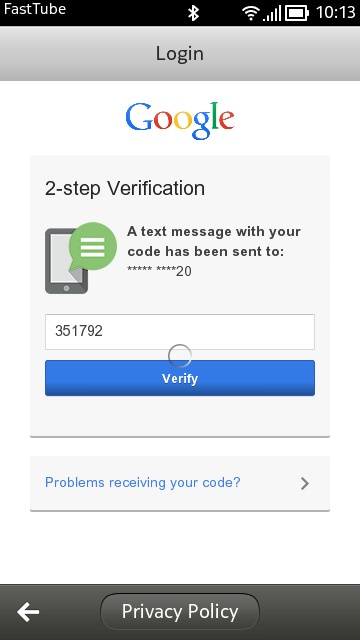 Just the developers trying to gather some data! (right) when signing into YouTube, you'll have to jump through the usual 2-step authentication dance, if this is turned on. Better safe than sorry, though! 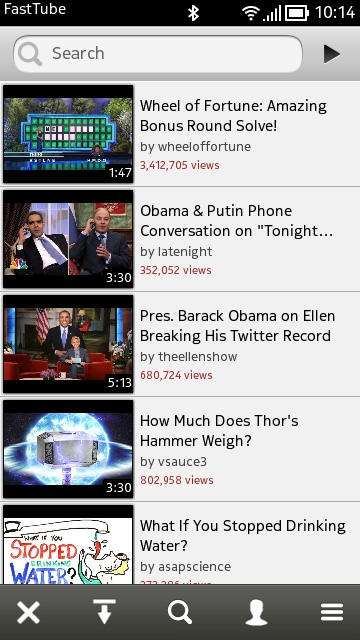 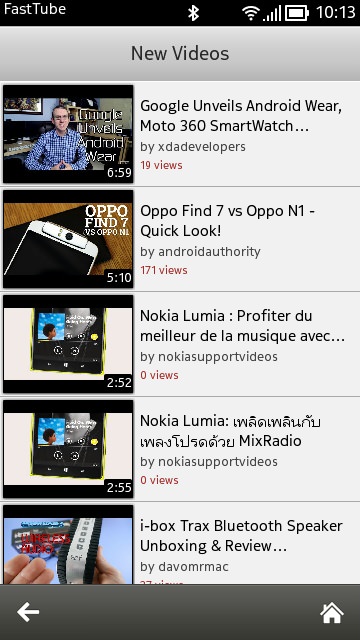 The opening view of popular videos and (right) new videos from my subscribed channels... 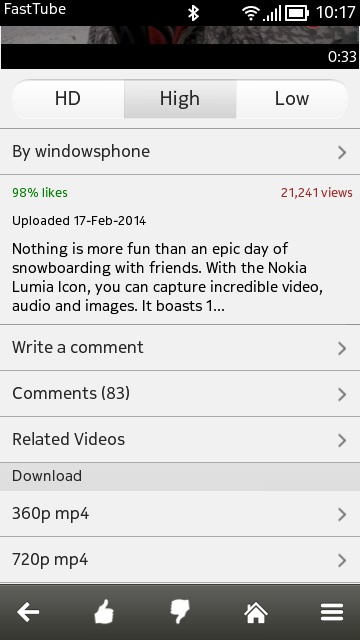 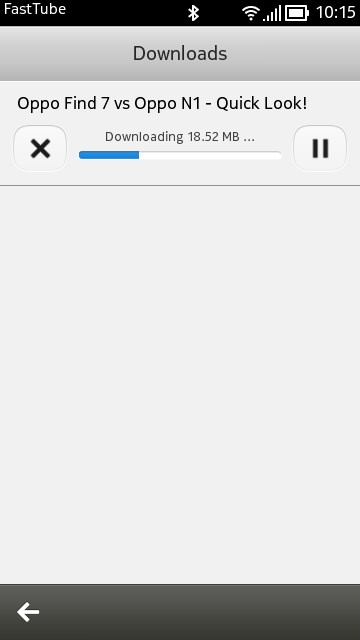 There's the option to both stream and download 'HD'/720p videos, though (right) grabbing 360p versions is usually all that's needed on Symbian's 360p devices....

Self-signed by the developer and installable on any modern Symbian smartphone, you can download FastTube 3.1.0 freely here at the developer's page.

Filed: Home > Flow > FastTube now free and freed from the Nokia Store... but last of the line?