You may remember that at the end of last year something broke on Nokia's servers in relation to Nokia Public Transport and its installer? The upshot was that if you were rebuilding a Symbian phone or setting up a new one, there was no official way to re-install the application. The immediate lack of action at Nokia's end was evidence of Symbian getting a low priority in the grand scheme of things, but it seems that enough people have complained that something's been done about it and Nokia Public Transport (a.k.a. 'Public Transit') now installs again.

Public Transport still works fine if you already have it installed on a Symbian device, thankfully, but anyone trying to install it in recent days and weeks just gets the error message shown below left. In addition, even in a working installation, tapping on 'info/Support' brings up a page about Asha devices (below, right) and then crashes the application, so things are clearly unravelling - perhaps someone working on the Asha side of things has broken something unwittingly.

Reports are now coming in that the official Nokia Store-hosted installer now installs again (though the aforementioned 'Support' page still crashes, so stay away from that!): 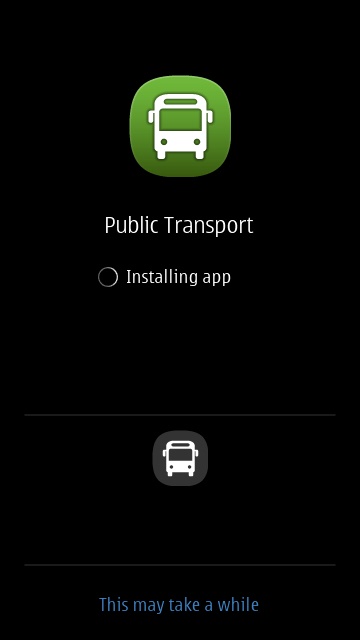 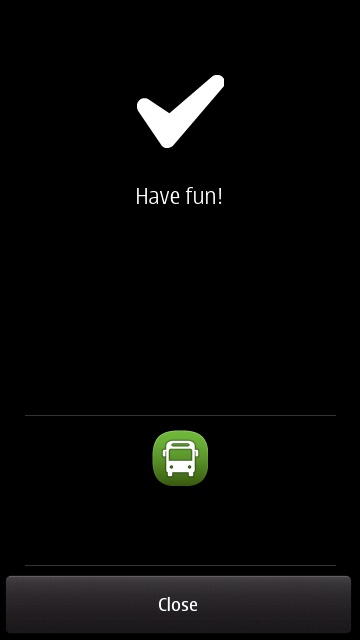 Thanks to Michiel for the heads-up!

PS. If all else fails, have a go with this standalone installer for Nokia Public Transport - for Belle devices, at least.