If you've ever wanted to generate a QR code for your business or organisation (or even yourself) and wanted to do it on your Symbian smartphone then you're just geeky try 'Generate QR Code', which does exactly what it claims to do on the tin. But there's a catch or two at the end of the day... 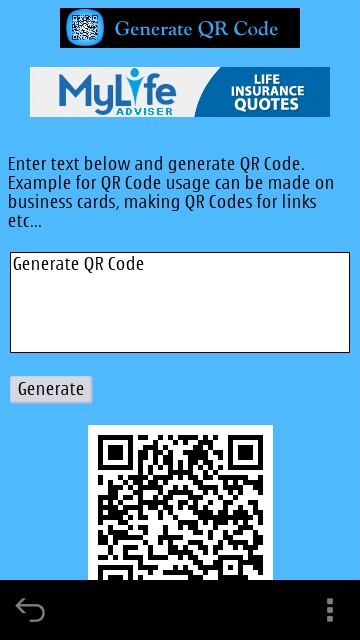 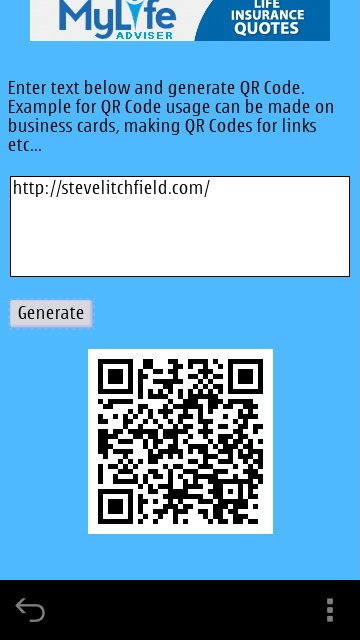 It's kept very simple, just type (or paste) the URL or text string required and tap 'Generate' to get your QR code displayed. Here's a screenshot from my Android device, photographing the screen of my Symbian phone, proving that the QR code does work: 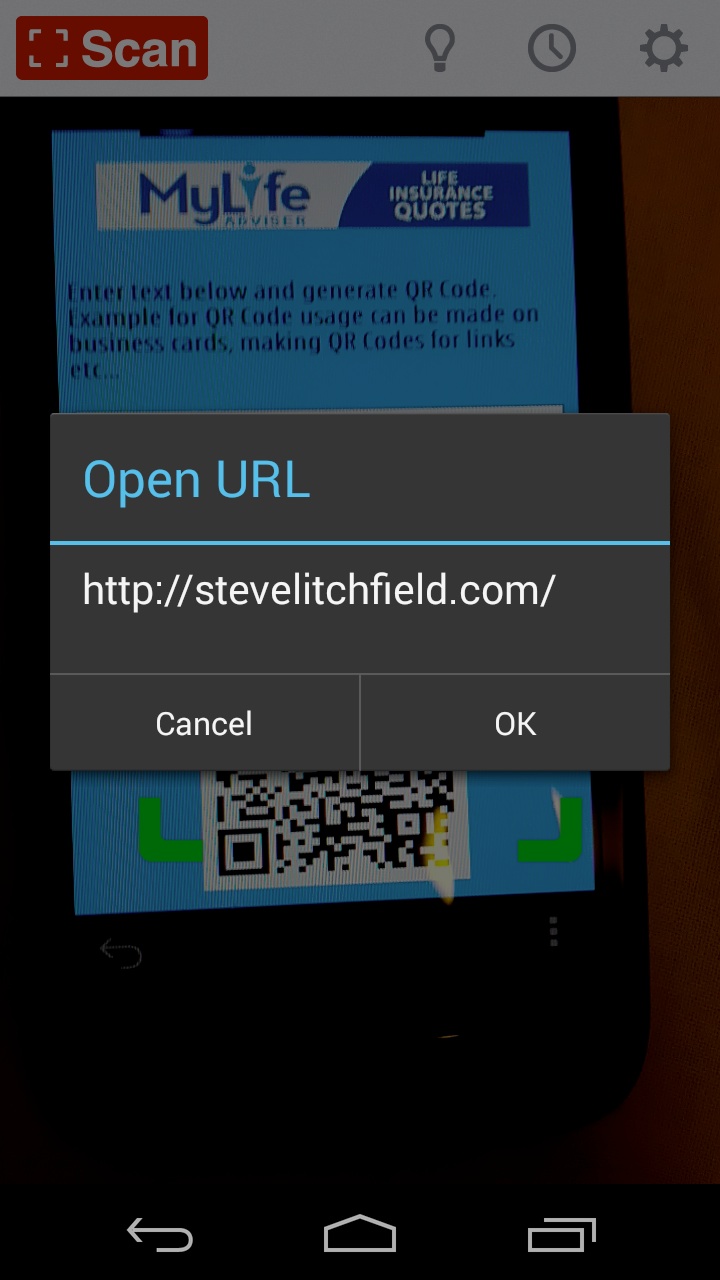 Unfortunately, there's no way of exporting or saving this code after it has been displayed on-screen. Actually, that's not quite true, since if you're geeky enough, you can grab a screenshot with Best Screensnap (or similar) and then crop this down to the QR 'square' later.

Still, the utility is tiny and you can't beat the price. You can download Generate QR Code here for free in the Nokia Store.