You have to hand it to the Herocraft folks. Even though the company has reverted back to creating games in Java, producing new, full strength, commercial titles for Symbian in the second half of 2013 has to be applauded. In this case, Mig 2D: Retro Shooter is a decent game, though the cogniscenti will be all too aware throughout that this isn't a fully native Symbian title.

From the game's description:

Mig 2D has 20 levels of the most intense gameplay, offering you the chance to control a legendary fighter plane and other, no less dangerous, war machines. You'll be opposed by legions of flying, floating, crawling and wheeled metal monsters, real and fantasy. To destroy these steel hordes there's a top arsenal of various weapons which may be upgraded and improved. Mig 2D offers three of the strongest ‘bosses’ ever to challenge your abilities. Mig 2D - a flight to remember!

We're talking a strict vertically-scrolling shooter here, there are no flight simulation elements or any attempt at depth or realism. Having said that, the action comes thick and fast, and the difficulty is very well pitched: 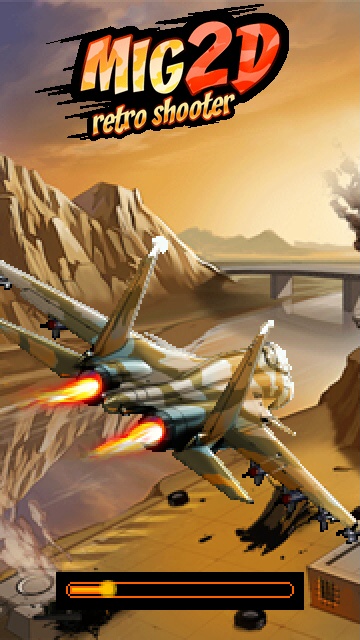 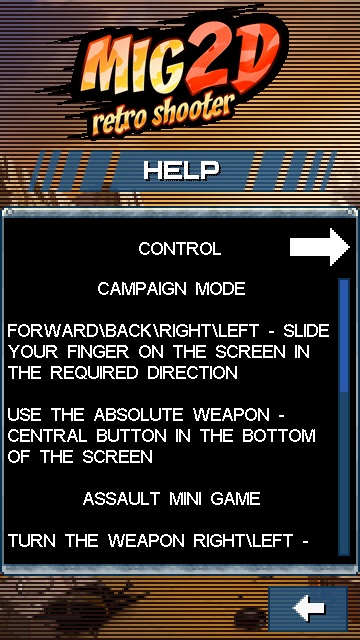 The graphics are well done on the whole, though the fonts used and 'soft keys' again give lie to the Java implementation here.  There are mini-games, but the only one I managed to get to was the refuelling sequence (below). 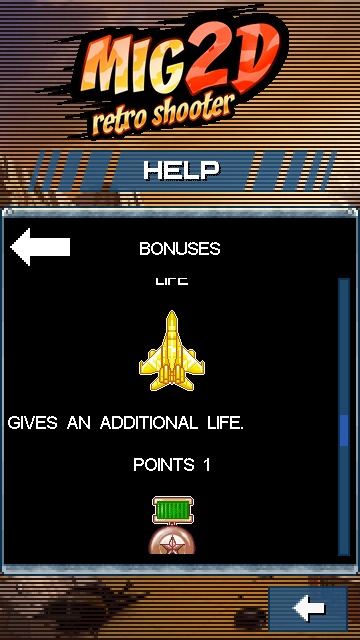 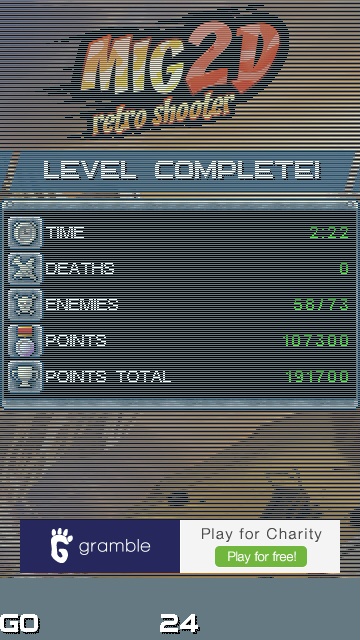 As with all decent shoot 'em ups, there are bonuses and powerups to collect, with appropriate effects; (right) in between the (fairly lengthy) levels, the ad-supported, free version has an enforced 30 second wait while an ad is displayed. 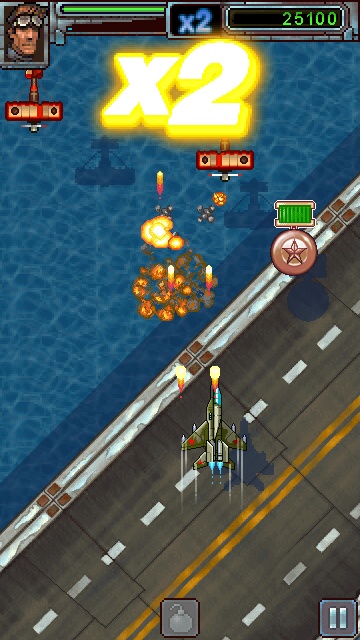 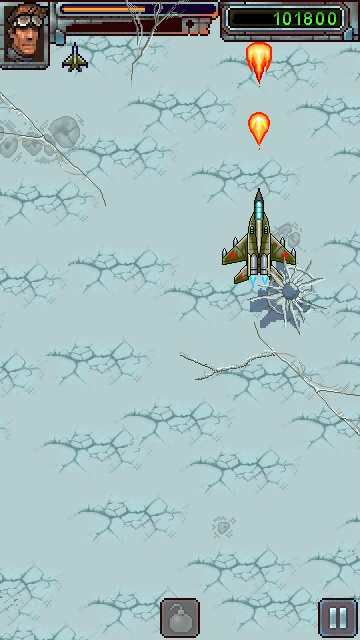 In action at last, then, with the Mig following your finger around the screen and auto-firing, which keeps things simple. As certain targets are hit, bonuses and power ups are released - these are collected by flying over them; (right) as damage occurs to your aircraft, cracks and bullet holes start appearing on the screen. 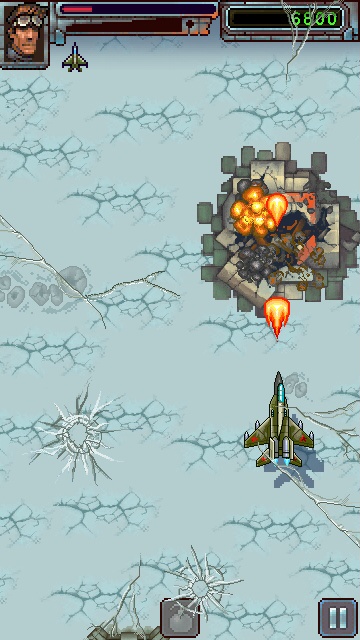 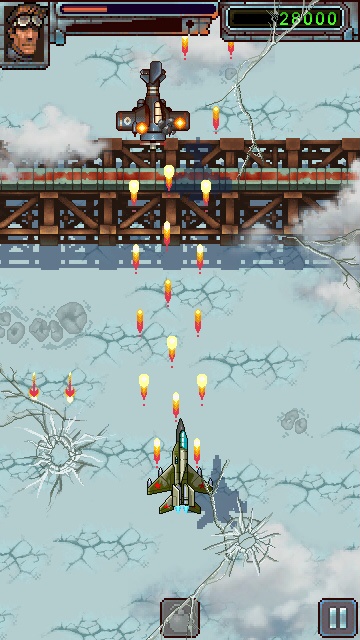 There's an impressive array of enemy aircraft and ground structures/vehicles, seemingly plucked from all eras of warfare. The graphics are very reminiscent of the classic Sky Force throughout. 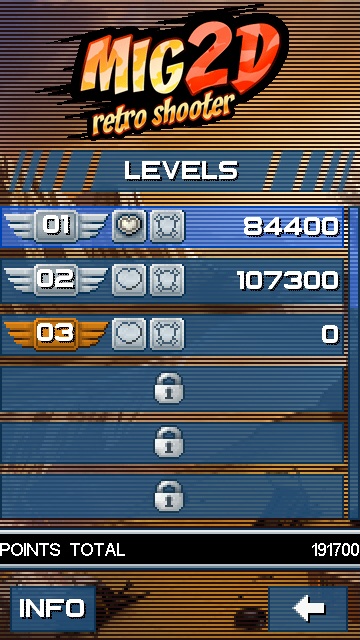 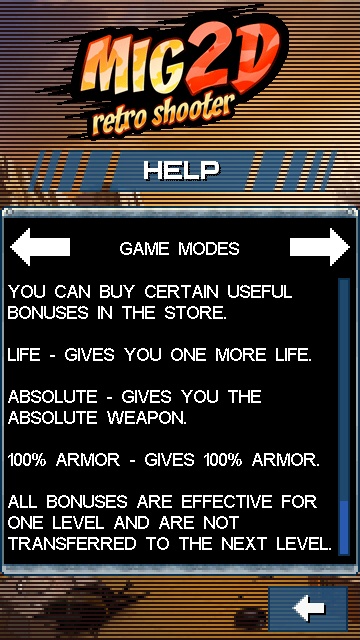 Cranking through the levels.... and (right) browsing through the Help screens. A 'Store' is mentioned but, and I'm obviously being thick here, I couldn't see a 'Store' to tap on anywhere in the game. Maybe it appears as an option beyond a certain point? 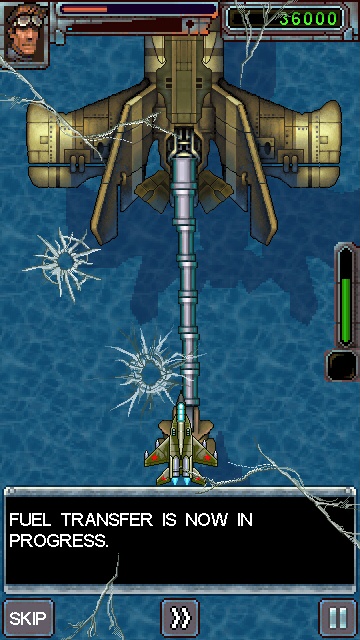 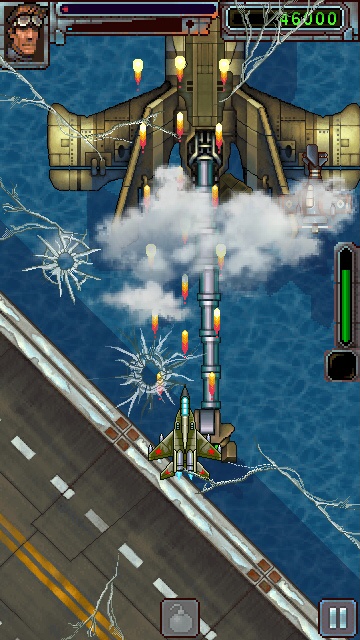 The refuelling section is a nice touch, with the boom position varying in the wind and you have to stay lined up with it. Rather unfairly, bad guys come and shoot at you while you're refuelling! Sounds dangerous to me....!

This isn't the slickest shoot 'em up ever, but it is well paced and full of gameplay features. Certainly worth shoot 'em up fans investigating.

You can buy Mig 2D: Retro Shooter for £1.50 here or download a free, ad-supported version here.