Following in the footsteps of newer applications like WeChat, Whatsapp has been updated to provide a easy and hassle free voice messaging feature - yes, even on Symbian. Though it was always present in the app, it was buried under layers of UI. Previously known as "Audio Note" under the Attatchments menu, it has now been placed right on the main screen in a chat window in place of the send button. And it works as advertised, hassle free, some screenshots below. 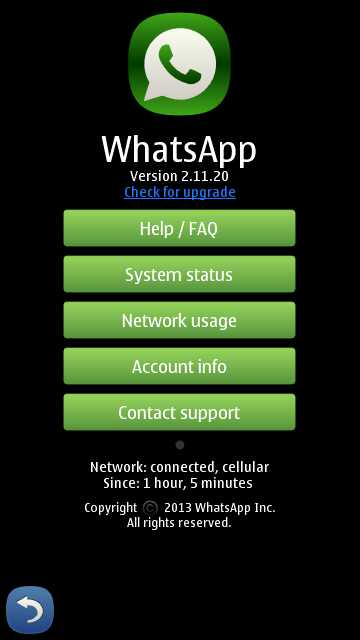 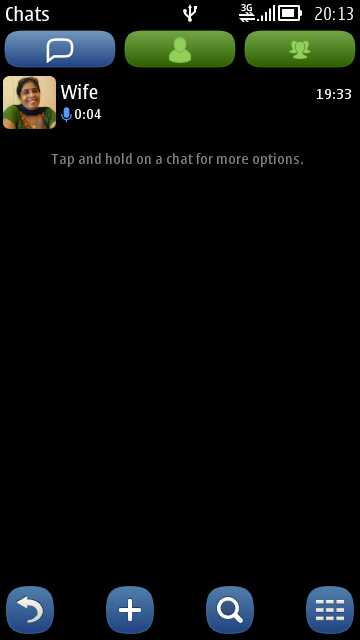 In fact, Whatsapp for Symbian gets updated every month, it seems, though this is perhaps the only update worth reporting on in recent times. Conversations are contact-centric, as usual.... 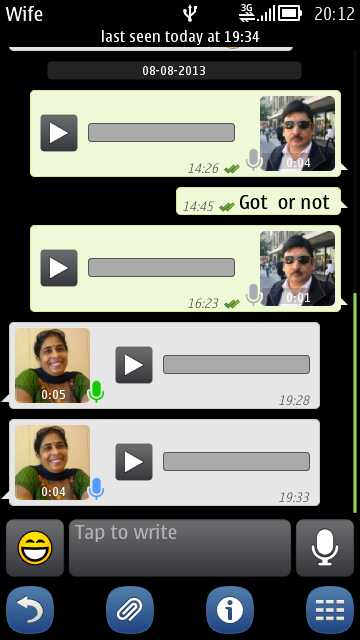 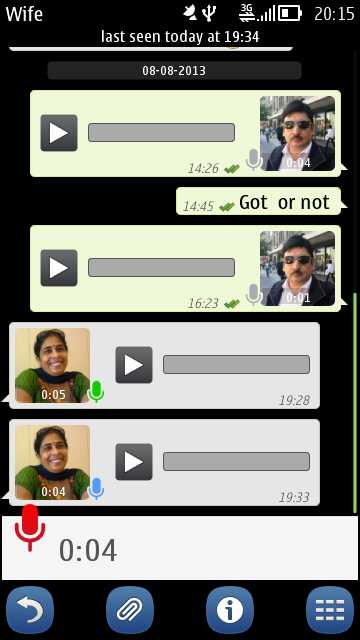 Notice the voice messaging icon, on the right of the text box. If you don't fancy bashing out a textual message, why not tap (and hold) the microphone and start recording something (release your finger to stop)? Best keep it short for bandwidth reasons, mind you....

In addition to the tap-and-hold, if you make a pigs ear of the message, you can also slide your finger from right to left to cancel the current recording, which is pretty intuitive.

Though the compression level is apparently sometimes too much for the audio files to sound good, they are at least audible and understandable.

Many thanks to SJ and BG for their help in compiling this AAS flow.