You may remember that I did a feature on Symbian options for news reading after the demise of Google Reader? Well, this just got outdated a little with the launch today of a brand new generation of gNewsReader, now supporting Google Reader's heir apparent, Feedly. It's covered below, with links and screens. And news fans might like to note that there's a second new alternative, coming soon from a different developer, this time talking to The Old Reader's APIs...

It's clear that this is very much a 'version 1.0' with Feedly in mind, since there are a few references to Google Reader in places and some of the cosmetics aren't perfect yet, but otherwise this is a triumphant return to Symbian for gNewsReader. I wonder whether the name will change at any point? (fNewsReader's the obvious choice, but as ever, Ewan suggests "Brian"!)

Here's version 2.0 of gNewsReader in action: 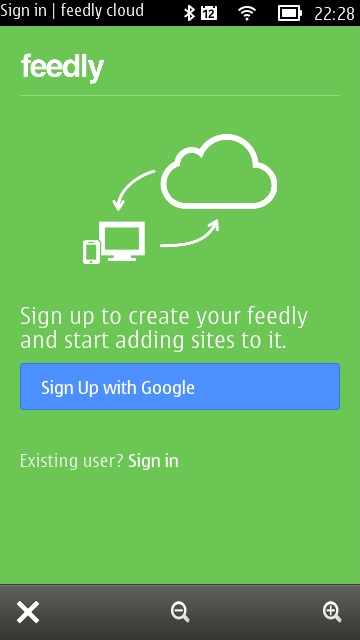 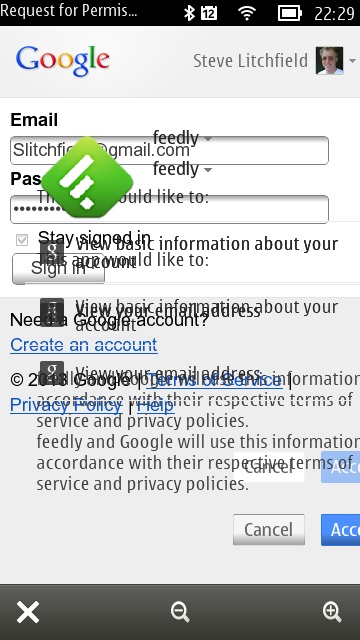 Don't be confused by the Google reference here - many people, including me, choose to sign into Feedly, on all platforms, using Google and OAuth. The latter does produce an unsightly mess of the authorisation screen, but that's 99% Google's fault. 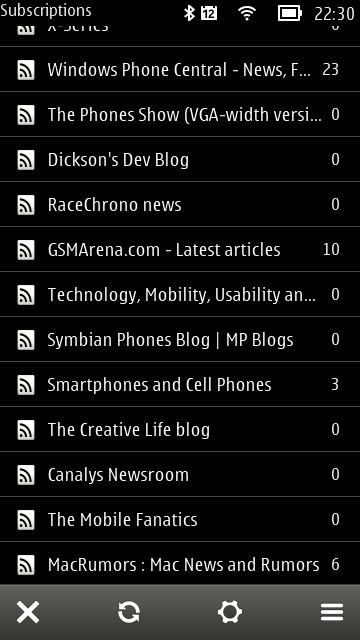 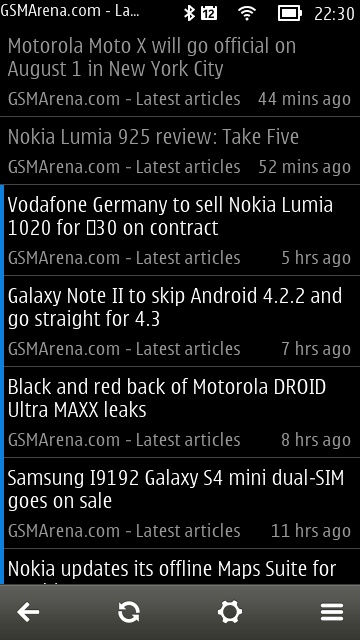 Once logged in, there are all your Feedly feeds, here showing the full list, though there's a setting to just show those with unread articles. Within a feed, unread items are shown with their titles in bold. There doesn't seem to be an option to sort unread articles across all feeds by strict chronological order, but maybe that's coming from the developer.... 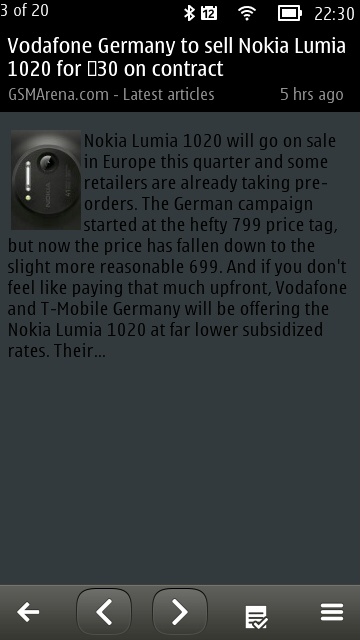 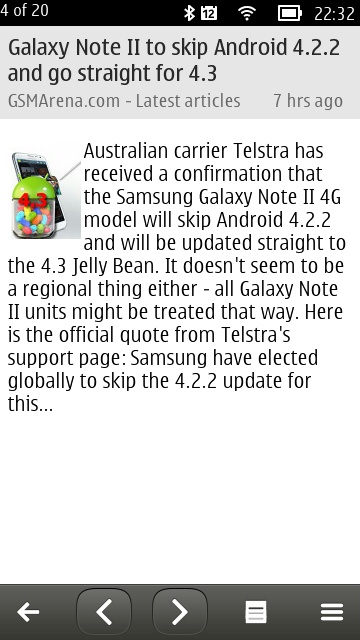 Within an article, there are several options for displaying content. The dark theme (default, left) is implemented badly (in my opinion) and is almost unreadable. Surely 'dark theme' implies white text on a black background, not just making the white background greyer? There's also the light theme, shown on the right. Plus (not shown) a halfway house with dark everywhere apart from in articles, where the 'light' colouration is used. 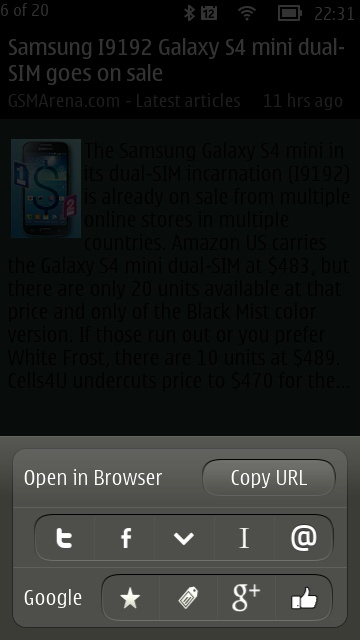 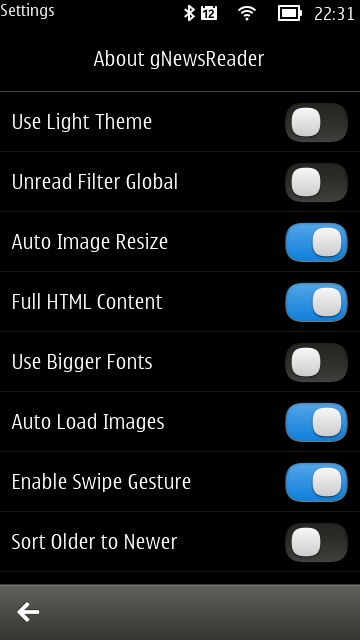 Tapping on an article's title yields this pop-up, showing sharing and options for onward exploration. (Right) Some of the settings to experiment with. 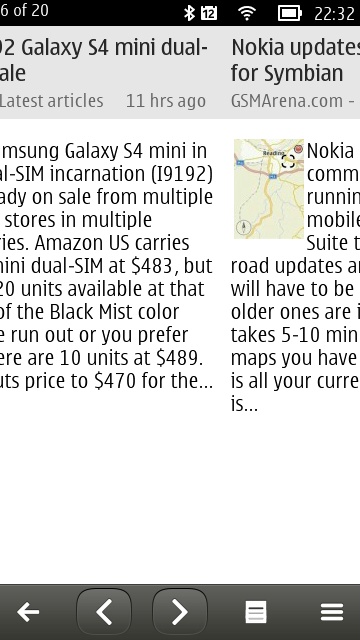 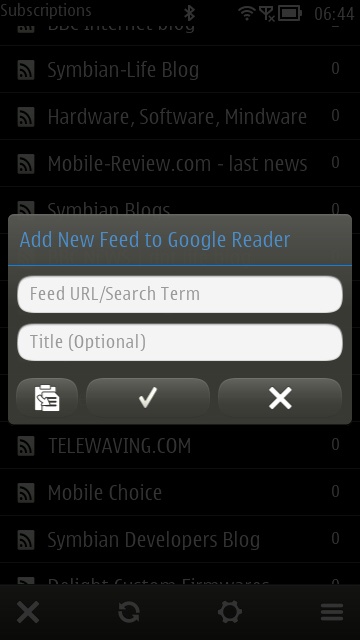 The interface is very pleasant and intuitive, e.g. here, swiping from article to article within a feed; (right) you can still add extra feeds of your own (usually via Copy/Paste of the RSS address), these get added into your Feedly account and will also be available in the reader on other platforms.

You can download gNewsReader 2.0 here in the Nokia Store for free. Highly recommended - it's not perfect yet, but it (along with Feedly itself) gives the RSS/news addicts of the world a way forwards on Symbian that's fast and intuitive.