Available for years, speed trap reporting tool Trapster is still going, even prospering on other mobile platforms, but even older platforms like Blackberry and, here, Symbian get some update love. The new version 4.1(.4) adds new speed traps, electric vehicle stations and traffic jams, plus there are some performance fixes. The slight downside is that Trapster remains implemented in Java, and so is slow to start up, plus it's reliant on fully online bitmapped maps from Microsoft, so there's something of a data overhead in being aware of speed traps and more.... 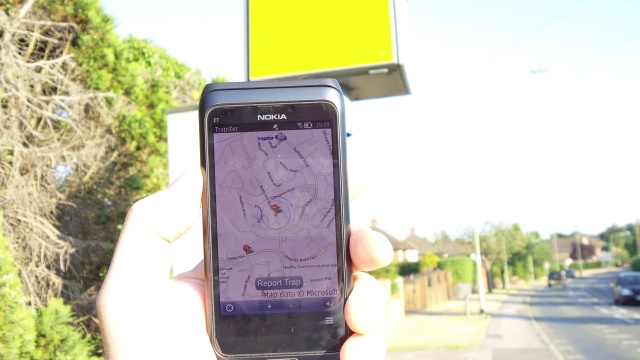 In addition, it should be pointed out that modern Symbian devices have speed cameras built into Nokia Maps, though admittedly Trapster goes much further and is fully 'live'. Here's the bare description in the Nokia Store:

Trapster®, your mobile phone alerts you as you approach police speed traps and safety cameras. Join a worldwide community, over 19 million users strong! It's the modern day replacement for CB radios and flashing headlights at other drivers to warn them of a speed trap ahead.

In fact, there are a lot of road events and location types which are also covered, right down to 'road kill' and 'children playing'. Here's Trapster in action on my Nokia E7: 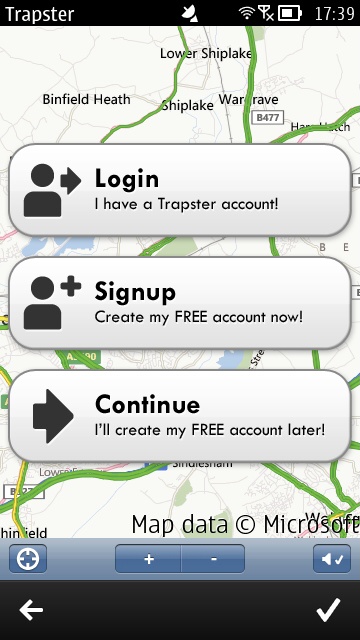 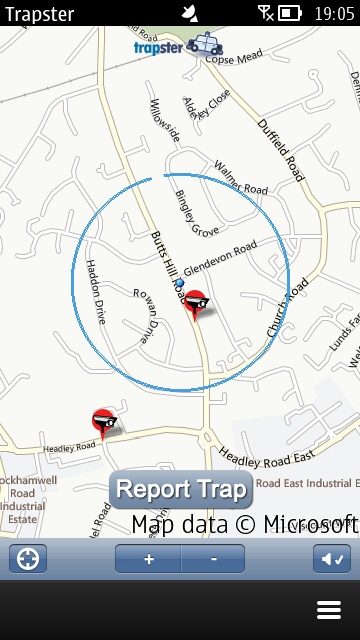 Registering and logging in is required if you want to be part of the hazard/trap reporting communty; (right) once on the road, maps are pulled in (online) and traps shown both graphically and using voice alerts (of which more below). The 'Report Trap' button lets signed in users locate new items to report back to the entire Trapster community, more or less in real time. 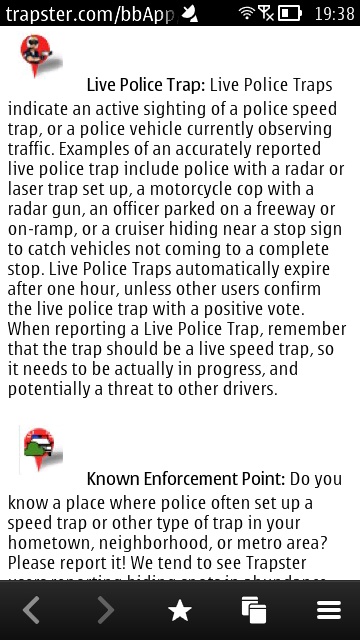 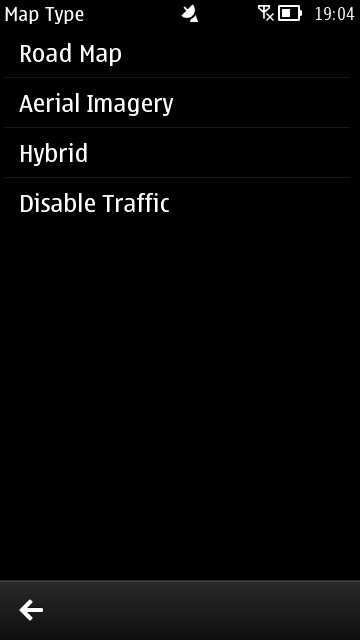 Help text here is just a web page, but it does provide useful explanations of the various types of traps and hazards; (right) by default you get line road maps (which have to be reloaded for each zoom level - they're not vector-based), but aerial and hybrid options are available if you have bandwidth to spare. 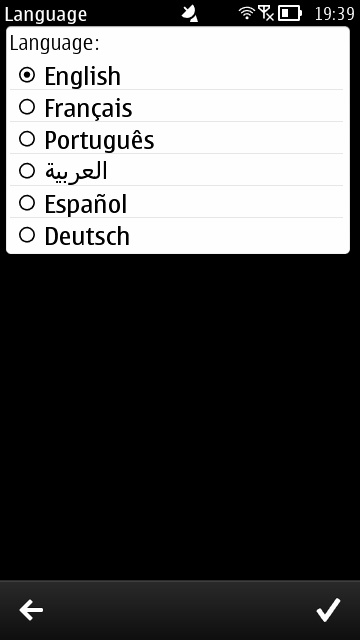 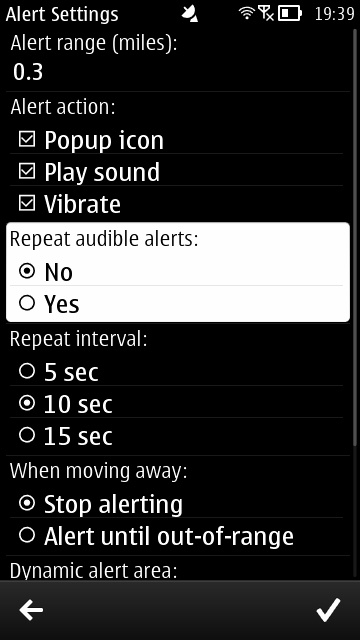 Trapster is incredibly flexible, running in six languages and with a massive array of settings and options, as shown here. 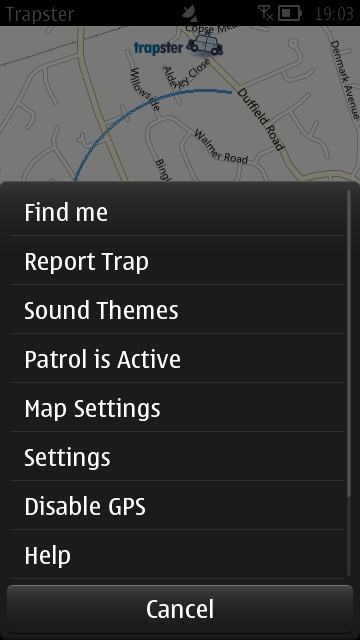 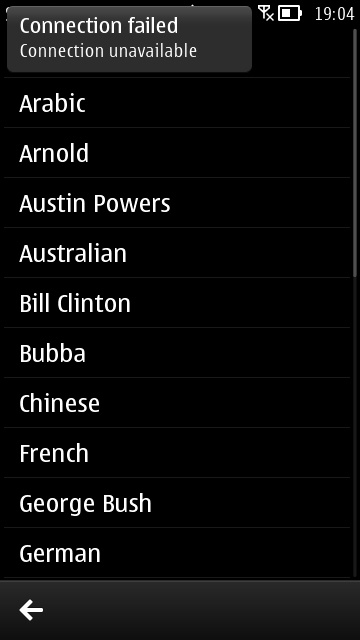 As evidenced on the main menu, 'Sound themes' are particularly fun, with foreign and celebrity voices to deliver a wide range of hazard alerts. 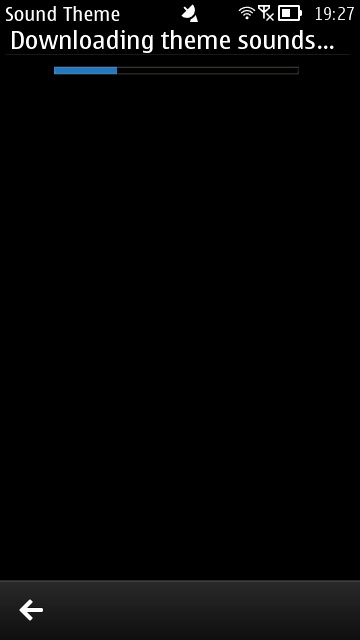 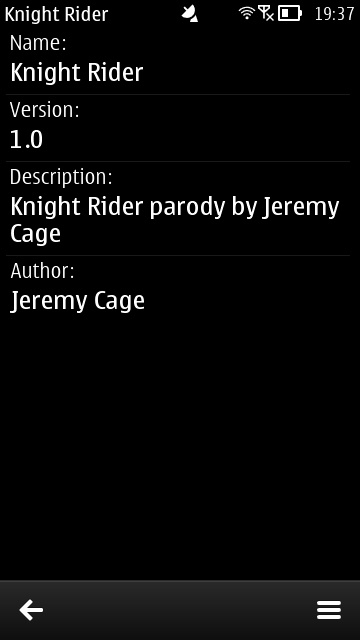 Sound themes are multiple megabytes, so you might want to grab these on Wi-fi before setting out - they're cached locally. So are maps, but the mass of zoom options mean that the roads you need are rarely to hand, so expect significant data use anyway; (right) the 'celebrity' voices are all actually impressions done by the same guy - but they're still fun. 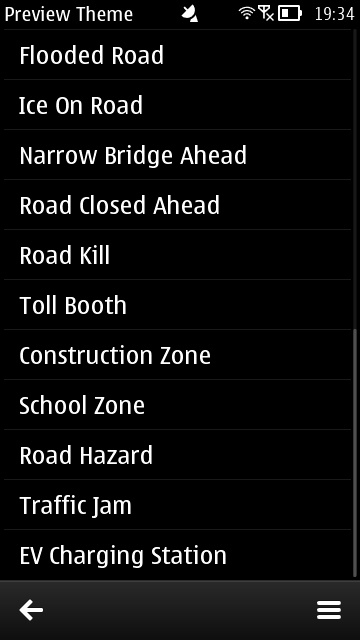 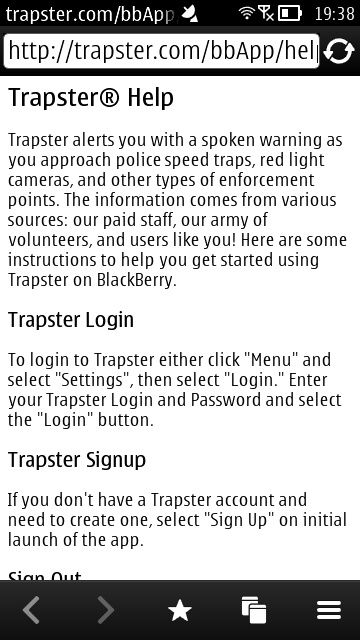 Just some of the range of alert expressions - each is embellished by the 'celebrity' voices. So, for example, Austin Powers says "Road kill ahead, baby - nasty!" and KITT says "Road kill ahead, Michael, I don't want that on my tyres!" - you get the idea. (Right) the Help text appears to be from the Blackberry version(!) - or at least shared with that.

The Java implementation of Trapster here is very much at odds with the slick native versions on iOS and Android, though it should be borne in mind that this predated those other modern versions - and in fact, it's impressive that this Symbian version is even being kept fully up to date with the Trapster server and APIs. It's a sign of the age of Trapster that its Nokia Store graphics clearly show a 2007 Nokia N95 8GB!

Whether or not you want to actually run the application at all depends on how interested you are in its data. Quiet roads, and with no intention of dodging speed cameras or breaking the limits, and there's little point. In an urban environment though, and especially with the fun aspect of the voices, Trapster's genuinely interesting.

You can grab Trapster here in the Nokia Store, should any or all of this sound enticing. Although not covering Symbian specifically (anymore), there's this promo video for the cross platform Trapster service, which will give you a quick idea of what it's all about: